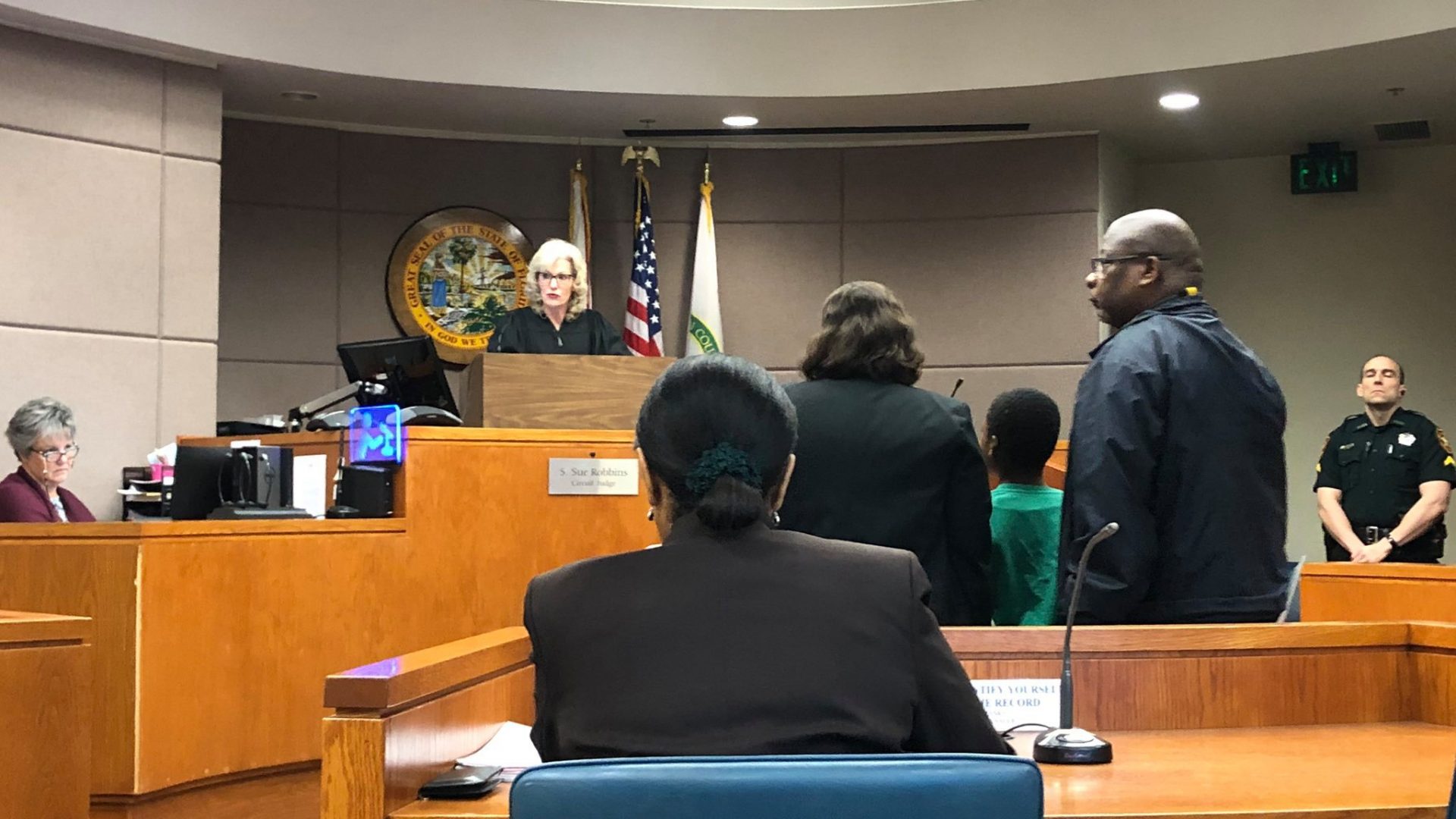 A NINE-year-old boy is accused of stabbing his younger sister multiple times with a knife while saying “die, die” – and now he faces a charge of attempted first-degree...
by Raquel Jayson January 28, 2020 336 Views

A NINE-year-old boy is accused of stabbing his younger sister multiple times with a knife while saying “die, die” – and now he faces a charge of attempted first-degree murder.

When police questioned the boy’s motives, his reasoning was that “he wanted to be able to go outside,” FOX13 Tampa News reported.

The stabbing took place at the Berkeley Pointe Apartments in Ocala, Florida, about 80 miles north of Orlando.

According to Ocala Police, the mom had stepped outside to check the mail and retrieve some candy from a neighbor while her two children were inside, but when she returned – she saw her son repeatedly stabbing her daughter.

She then picked up her daughter – who was still alert when police arrived – and called 911.

Authorities showed up at the apartment complex shortly after 4pm on Monday, but the suspect had run off and was later found hiding in a maintenance shed close by.

According to the arrest report, the boy said “die, die” as he attacked his sibling.

When Detective Robert Brown interviewed the boy, he was told that the victim was wearing roller skates and was grabbed by the back of her neck when she was attempting to show her brother something on the floor, the OcalaStarBanner reported.

He admitted to detectives that the “thought” of killing his younger sister had “entered his head two days earlier,” according to the report.

The suspect allegedly used a “large, black-handle kitchen knife” to stab his sister in the back of her neck as she was leaning over, Brown said.

The Ocala Police Department shared photos of the scene on Facebook and wrote: “Units are currently on scene at Berkeley Point Apartments working a stabbing investigation involving juveniles.

“The juvenile suspect is in custody and juvenile victim has been air lifted to a nearby hospital.”

The condition of victim is not yet known, but she is expected to survive.

The 9-year-old suspect, wearing a green tee-shirt and unaccompanied by his parents, was ordered a psychiatric evaluation at his first court appearance on Tuesday, FOX35Orlando reported.

He will remain in secure juvenile detention and will appear in court on February 5.

If the young girl had succumbed to her injuries, her brother would be among the youngest killers in America.

In 1929, a 6-year-old boy named Carl Newton Mahan killed his 8-year-old friend over a scrap of metal.

He was convicted of of manslaughter for shooting his friend with his dad’s shotgun, but the conviction was later put aside.

The youngest American citizen sentenced to life in prison without parole is Lionel Tate.

In 1999, 13-year-old Tate killed 6-year-old Tiffany Eunick by stomping on her so hard that she suffered a lacerated liver, broken rib, a fractured skull, and internal hemorrhaging.