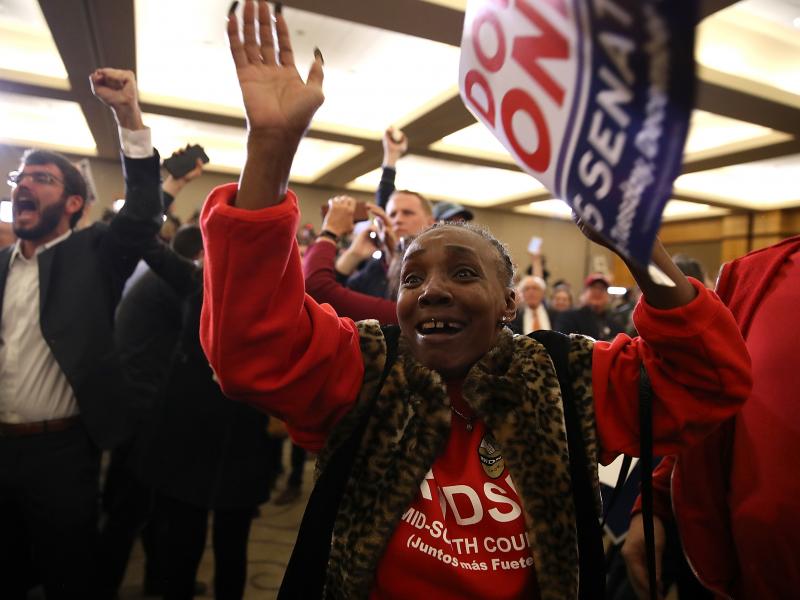 WASHINGTON (AP) — Once again, black female voters showed up for Democrats, with almost every single one of them voting in Alabama for new Sen. Doug Jones, just as...
by Zach Freeman December 15, 2017 453 Views 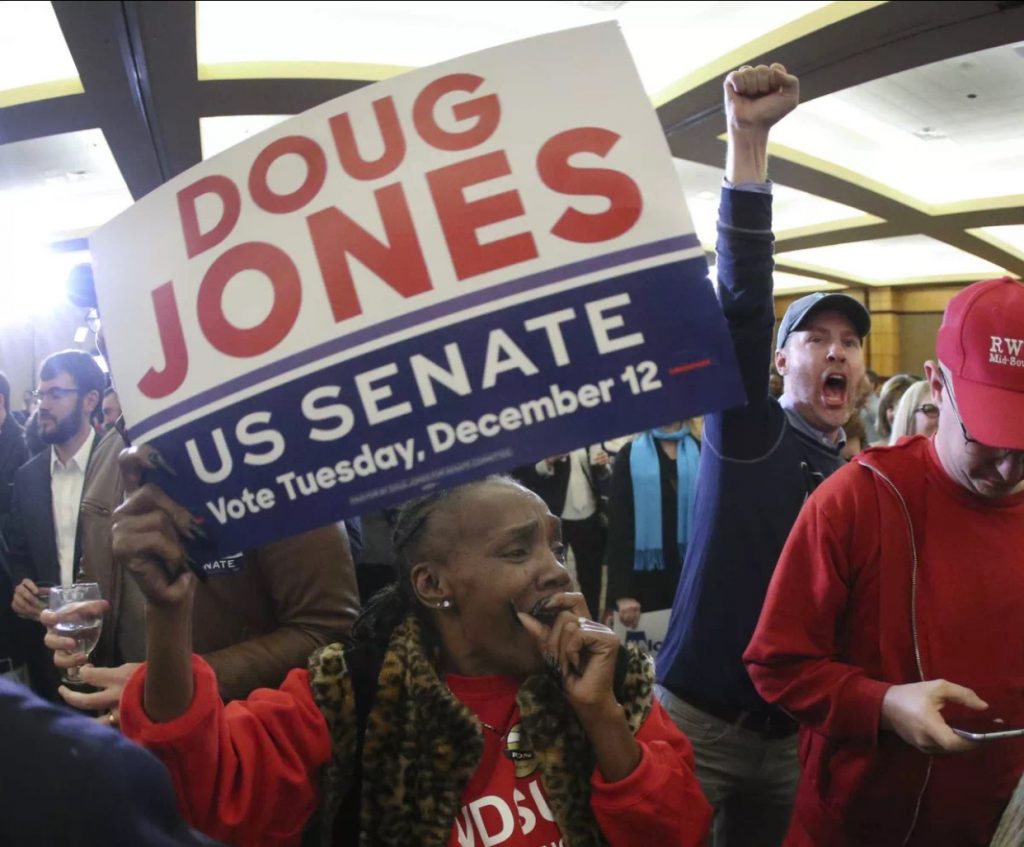 WASHINGTON (AP) — Once again, black female voters showed up for Democrats, with almost every single one of them voting in Alabama for new Sen. Doug Jones, just as they did for Democratic candidates up and down the ballot in other states over the last few months.

These same women, having proven their loyalty by voting 98 percent for Jones, now wonder whether the Democratic Party will return their love by sharing some of the party’s political power, handing over places at the negotiating table and pushing legislation that speaks to their unique issues.

Those women also swept other candidates into office up and down the ballot, including Lt. Gov. Justin Fairfax, the first black candidate to be elected statewide in Virginia since Gov. Doug Wilder in 1989.

“Let me be clear: We won in Alabama and Virginia because #BlackWomen led us to victory,” said Tom Perez, chairman of the Democratic National Committee. “Black women are the backbone of the Democratic Party, and we can’t take that for granted. Period.”

In Montgomery, Alabama, 70-year-old Annette Brown said she sometimes considers voting Republican, but there was no way she was going to vote for Moore.

“I’ve been a Democrat all my life, and I’m sure not going to switch for this election. Sometimes I feel like swinging, but not for Moore,” she said.

Brown said allegations that Moore pursued teenage girls while in his 30s and his waving of a gun onstage to emphasize his views on the Second Amendment made her decision easy.

“I believe the ladies. And he’s just off kilter anyway. When he pulled out that gun on stage, that was it for me,” Brown said.

“That strategy is what I call ‘my momma,'” Arnwine said. “You see, Vera Arnwine, when she knows an election is coming up, she gets on the phone. She calls everybody she knows. And she says. ‘Are you voting? Are you registered? … You better get out there and do it.’ So this is what we do and it’s just so powerful.”

While black men turned out in high numbers for the Democrats as well, black women historically have been the backbone of the vote-mobilization efforts, but rarely get the credit, said LaTosha Brown, a Selma, Alabama, native and co-founder of the Black Voters Matter Fund. In Alabama, black women were on the ground working without much fanfare, just as they’ve done all the way back to the civil rights movement, she said.

“Black women stand and have continuously been standing in the gap, and been providing an enormous amount of leadership because we don’t just bring our own issues. We bring our community with us,” she said.

In addition to voting, black women are running for office, testing whether the Democratic Party will stand behind them in the 2018 elections and beyond. Stacey Abrams is running to be Georgia’s first black governor. In Virginia, Vangie Williams hopes to become the state’s first black congresswomen.

In 2017, black women held only two statewide offices — GOP Lt. Gov. Jenean Hampton of Kentucky and Connecticut state Treasurer Denise Nappier, a Democrat. Black women are mayors of seven of the nation’s 100 largest cities and hold 271 state legislature seats, according to the Center for American Women and Politics at Rutgers University’s Eagleton Institute of Politics.

Black women say they now need to be compensated for their devotion. Democrats also need to share some of their positions of power with black women on the ballot and inside political party machines on local, state and national levels.

Sen. Kamala Harris of California, who is the only black woman senator and is already being mentioned as a 2020 presidential candidate, said Democrats and progressives need to go beyond just thanking black women.

Rep. Shelia Jackson Lee, a Texas Democrat, said she and other black women Democrats plan to put together a package of legislation that will speak to black women’s issues and present it to Democratic leadership with a message.

“You need to address those whose vote, not check, gave you an opportunity,” Jackson Lee said. “And so when we come to you with a comprehensive legislative initiative — taking maybe four big points: education, the economy, health care, the criminal justice system — and we put it before you, you don’t look askance … You’re bragging that you want us to be in the civic process. Now do something for that.”

Democratic Alabama Senate candidate Doug Jones says he feels “very confident” on Election Day as he runs against Republican Roy Moore. Supporters greeted Jones as he arrived to vote at a church in Mountain Brook on Tuesday. (Dec. 12)