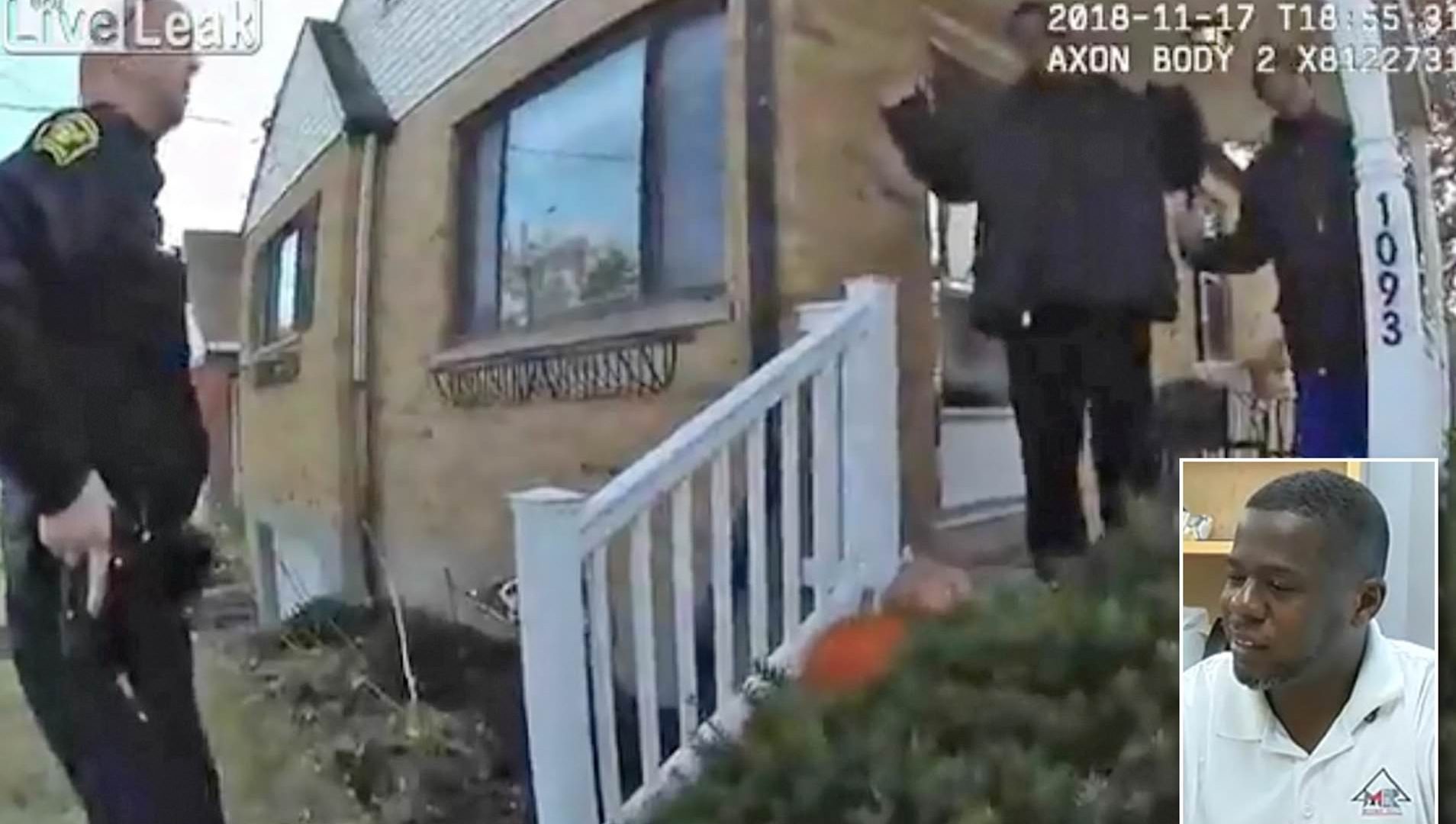 A Black real estate agent and his client filed suit Monday claiming that white Cincinnati police officers illegally detained them after a retired cop accused the men of breaking into a home in a predominantly white neighborhood.

Police body-camera video shows one of six police officers on the scene aiming a gun at Anthony Edwards and his real estate agent, Jerry Isham.

Isham said he was thinking of his 9-year-old son, who was waiting in a car, while he was being detained.

“I didn’t want him to see me being arrested,” Isham told Fox 19 Monday.

The incident depicted in police footage unfolded after Edwards and Isham say they used a lock box to enter the house in the 1000 block of Morado Drive in West Price Hill Nov. 17, 2018, according to the 16-page complaint Fox 19 obtained.

Officers said they responded to the scene after a retired officer, Tom Branigan, who lives in the neighborhood, called 911 to report a break-in at the house in question, according to the news outlet.

In the body-camera video, one of the responding officers can be heard yelling at the men, “Hands up!”

“My hands up. What y’all doing?” Edwards asked.

“Tell your friend to come out too. Hands up,” the officer responded.

The video shows Edwards and Isham coming out of the house and another officer on the scene explaining why he and his partner are there.

“We saw you forcing your way in. That’s why we’re here,” the cop said.

Edwards curses about white people calling the cops before saying, “I ain’t even gon buy the house.”

At that point, the other officer on the scene asks how the men got in.

“He a realtor,” Edwards said.

The officer responded, “Turn around until we can confirm. Turn around.”

She then placed Isham in handcuffs while asking him if he used a key to go inside the house, and she instructed Isham to have a seat in a chair on the house’s front porch.

Isham said after the incident he was thinking of how to best position himself so his son wouldn’t see him.

“There’s a porch to the left of the front door and so what I’m trying to do is come out with my hands raised and then [the officer] said ‘put your hands behind your back,’” Isham told Fox. “I’m not trying to step down the steps. I’m trying to stay on the porch, so I that I can be handcuffed not in front of my son.” 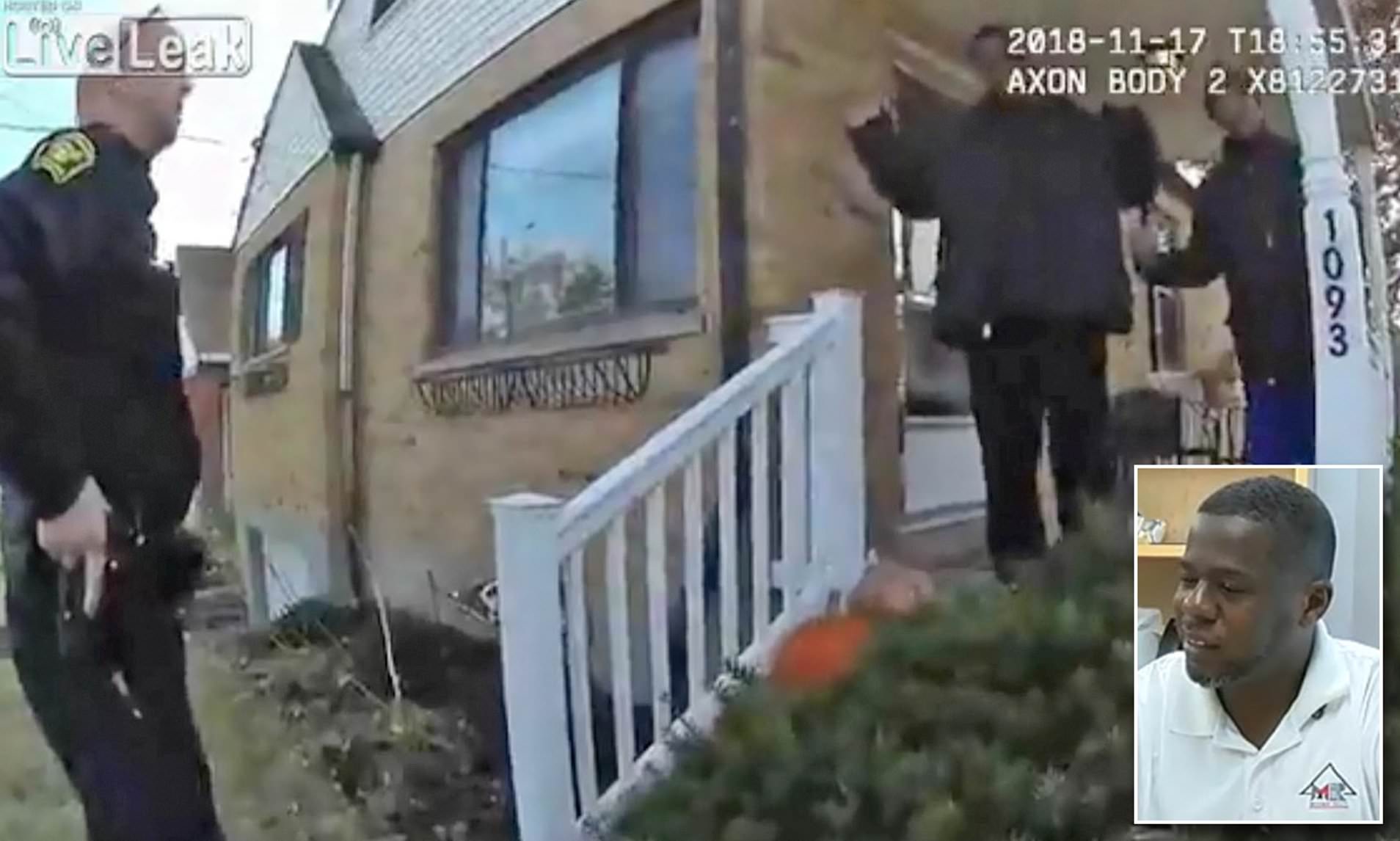 Meanwhile, Edwards and the other officer can be heard on the body-camera video arguing.

“I don’t give a d— if you’re white or Black,” the officer said at one point. “We’re doing our job here.”

Although the video doesn’t show the officer handcuffing Edwards, he responds, “I wouldn’t be in handcuffs if I was white.”

Preacher Carrying a “You Deserve Rape” Sign Gets Hit With Baseball Bat!