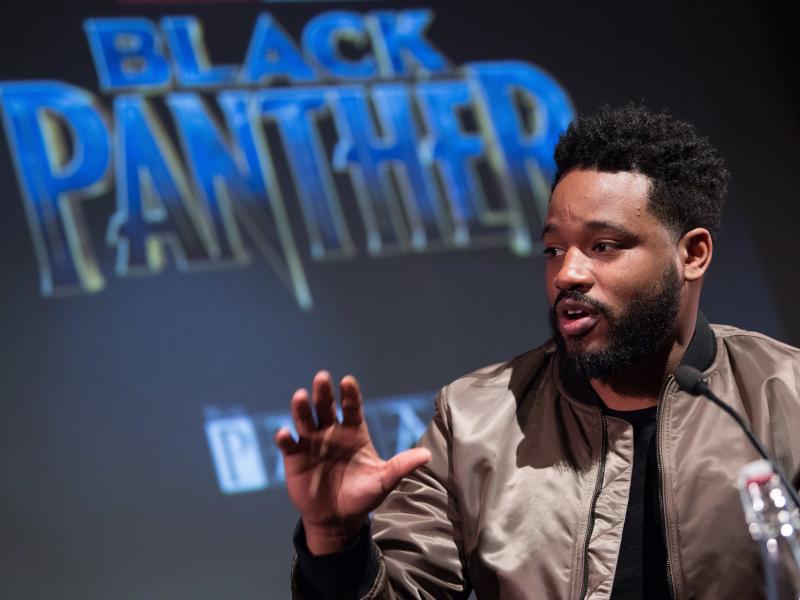 CANNES, France – Wakandan spirit has taken over the French Riviera.

How so? On Wednesday night, the festival screened the Marvel blockbuster for free for the public on the packed beach. Then on Thursday, director Ryan Coogler spilled new film secrets at a Q&A packed to gills with fans, including The Weeknd and 60 students Coogler invited himself.

“I’ve done a lot of film festivals and a lot of talks in the past, and sometimes it can be challenging when you’re in a talk and you don’t see faces that look like yours,” he said.

During the chat, Coogler touched on racial themes embedded in Black Panther, including the fear of death as an African-American man.

“Death is constantly around us,” said the Oakland, Calif.-born director. “To the point that when I turned 30, I almost had a crisis because I never imagined seeing myself that age.”

Coogler, now 31, said in America, “25 is the like magic number that you’re either dead or in jail. I saw a lot of good people who didn’t make it past that age, whether they went to prison or whether they were murdered.”

In approaching Black Panther, Coogler forged an understanding that the transatlantic slave trade “represented a kind of death for us, the death of who we were. And who we are now was born when they strapped chains on our ancestors. … For me, (Black Panther) was about acknowledging that but at the same time reclaiming that extended history as well.”