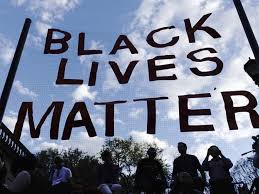 When a Black Lives Matter affiliated Twitter account wanted to find out how many Twitter users disliked President Donald Trump, they learned something they did not want to know —...
by Joy Smith November 17, 2017 2075 Views

When a Black Lives Matter affiliated Twitter account wanted to find out how many Twitter users disliked President Donald Trump, they learned something they did not want to know — that on Twitter, Trump’s popularity remains strong.

“Since @realDonaldTrump bragged about the results of a twitter poll, let’s try this again,” the group wrote. “Do you approve or disapprove of President Trump’s job performance? Do vote and retweet.”

The Black Lives Matter account asked, and they received. 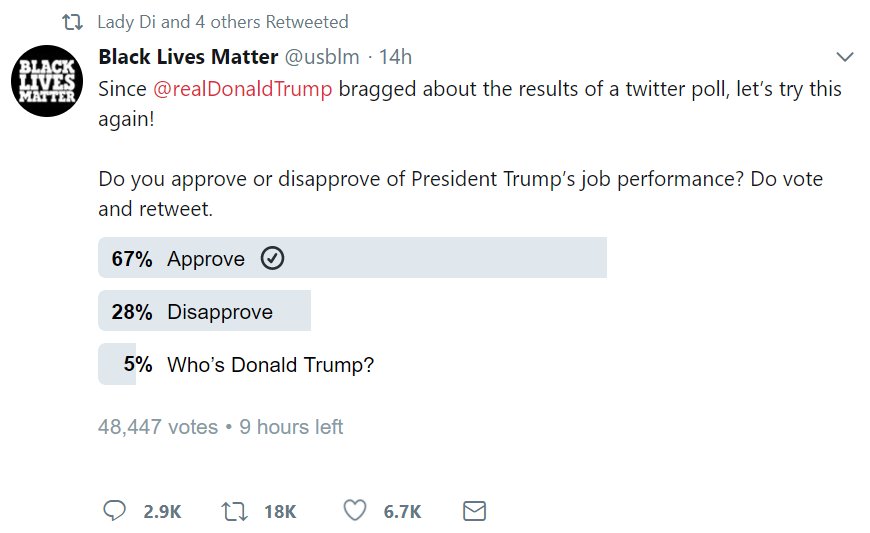 Did you know Black Lives Matter (@/usblm) is conducting a poll on @POTUS‘ performance thus far? You do now. | #RedNationRising

Results revealed that 67% of those surveyed of the public approved of Trump, while 28% disapproved of him.

The survey was kicked off in response to Trump praising an unspecified twitter poll that showed him doing well. As reported by BizPac Review, the survey was originally intended to run for five days.

However, with Trump scoring an overwhelming level of support, the survey ended before the five-day mark, and the tweet was removed without further comment from the group.

Twitter, however, had a lot to say about the survey.

No surprise, @usblm couldn’t handle the truth so they deleted the poll.
When #Trump‘s supporters unite, the Left doesn’t stand a chance.

You should’ve left the poll up#BLM 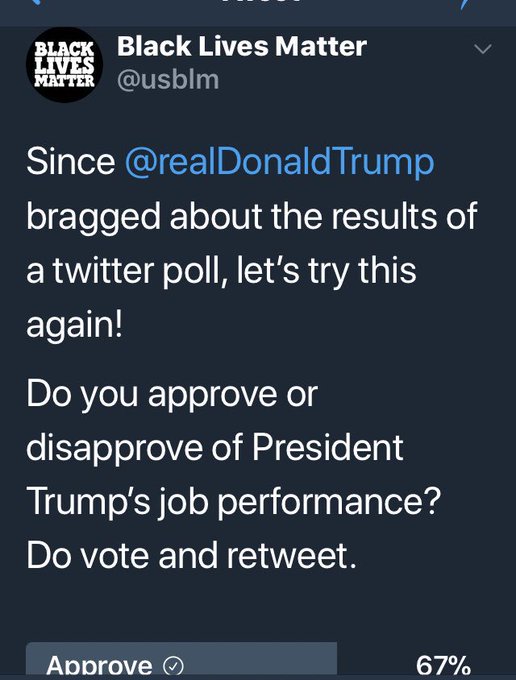 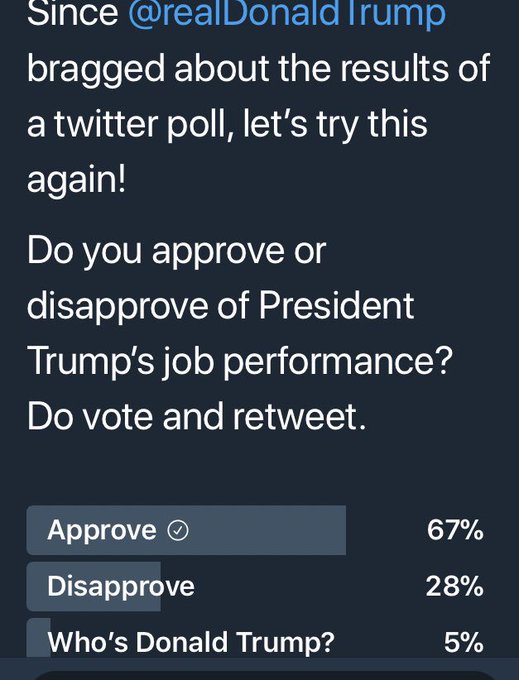 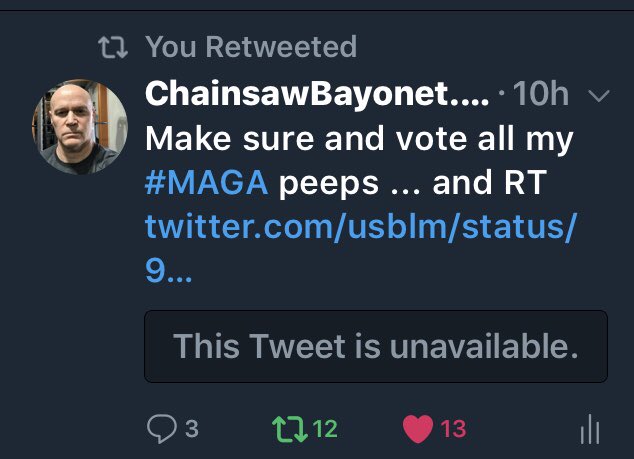 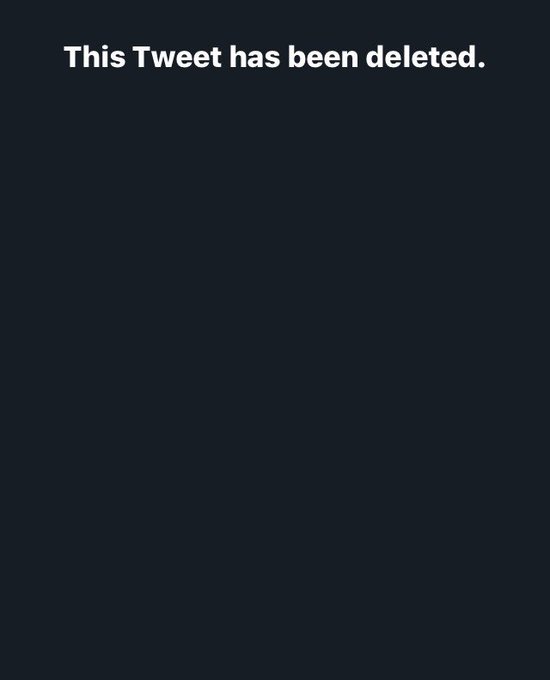 Great job #MAGA looks like this poll was deleted by Black Lives Matter because … Losing!

The survey comes at a time when Black Lives Matter is facing a loss of support among the American people.

As reported by The Hill, a Harvard-Harris survey released in August showed that 57 percent of Americans have a negative view of Black Lives Matter.

“The public is sympathetic to the problem of police using too much force but overall are unsympathetic to the Black Lives Matter movement,” said Harvard-Harris co-director Mark Penn. “As you might expect, white voters are sharply negative to the group while African-Americans give them positive ratings.”

An October survey by Northwestern University‘s Center for the Study of Diversity and Democracy found that even among those who say they support the movement, few do much to show it.

The survey found that 59 percent of respondents have never participated in a Black Lives Matter protest, and another 13 percent participated “rarely.”

“The most important finding in the survey is that African-Americans are not taking part in protests, organizing meetings and fundraising activities related to BLM in their local environments in anywhere near the rate that most had assumed,” said Alvin Tillery, associate professor of political science and director of the CSDD at Northwestern.