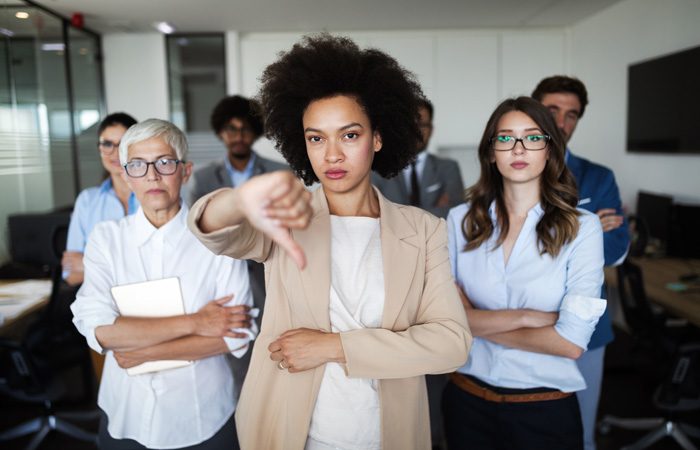 A group of Facebook employees recently published a post on Medium alleging that the company tolerates bias against its black, Hispanic and female employees. “Racism, discrimination, bias and aggression do not...
by Zach Freeman November 12, 2019 287 Views

A group of Facebook employees recently published a post on Medium alleging that the company tolerates bias against its black, Hispanic and female employees.

“Racism, discrimination, bias and aggression do not come from the big moments,” the employees wrote. “It’s in the small actions that mount up over time and build into a culture where we are only meant to be seen as quotas, but never heard, never acknowledged, never recognized and never accepted.”

The post includes a number of examples in which employees suffered racist behavior from colleagues—including one incident in which HR took no action after being alerted. The incidents also include managers who didn’t appear to take allegations of racist behavior seriously, admonished black employees to be more “reserved and respectful,” and colleagues who behaved aggressively toward black employees on online forums such as Blind.

The group that published the post describes itself as composed of 12 black, Asian, Hispanic and female employees. In one incident, a black employee wrote of being approached by two white employees while eating breakfast and being asked to clean up their mess. When the employee complained, they were told by their manager to “dress more professionally.” Another employee said that, although they’d received dozens of favorable peer reviews in Facebook’s internal performance-management tool, the employee’s manager chose to focus on the single negative piece of feedback received—that the employee was “arrogant, aggressive and self-serving.”Advertisement

The post references Mark Luckie, a former Facebook manager who published a post on the platform in 2018 accusing the social-media giant of “failing” its black employees, saying they face widespread discrimination and exclusion at the company and that it censored black users on its platform. Facebook attracted more negative attention when it removed Luckie’s post; after widespread complaints, it reinstated his post and apologized.

In an interview last year with The Guardian, Luckie said that, by initially removing the post, Facebook had inadvertently proved his point about the censorship of black users. He also said Facebook was reluctant to engage its black employees about racist incidents and other matters.

“It feels like Facebook can tackle a lot of issues … but when you talk about black people, all of a sudden there is silence,” Luckie told The Guardian.

In their Medium post, the Facebook employees allege that “not much has changed” since Luckie departed the company. “In fact, things have gotten worse,” they wrote.

In a statement from the company, Facebook’s vice president of corporate communications, Bertie Thomson, apologized.

“No one at Facebook, or anywhere, should have to put up with this behavior,” she said. “We are sorry. It goes against everything that we stand for as a company. We’re listening and working hard to do better.”

NeNe Leaks And Others Help Lamar Odom celebrate: I’M ENGAGED … ‘She’s The One!!!’