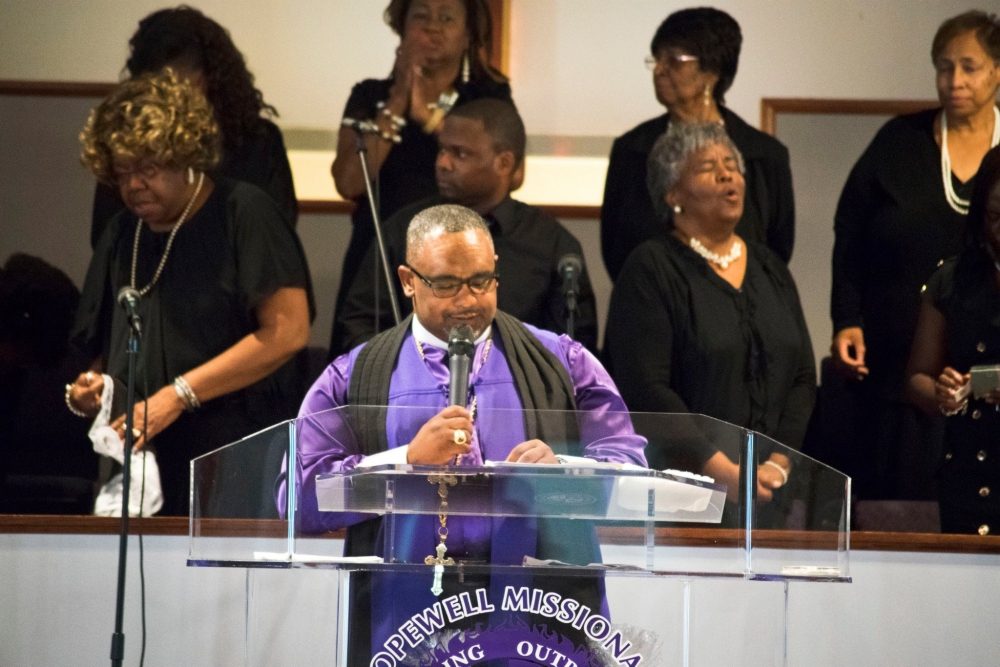 Bishop Dwight Gunn Writes A Heartfelt Letter Concerning The Lost Of His Mother Cause By Chicago Police Vehicles!

O The family of an 84-year-old woman killed in a crash involving Chicago police has sent a letter to the mayor and police chief saying police vehicles caused the...
by Joy Smith May 27, 2019 16531 Views

The family of an 84-year-old woman killed in a crash involving Chicago police has sent a letter to the mayor and police chief saying police vehicles caused the weekend accident, which injured more than a dozen people in all, including 10 officers.

The letter, provided to The Associated Press on Tuesday by the family’s lawyer, Andrew M. Stroth, asks Mayor Lori Lightfoot and police Superintendent Eddie Johnson to meet with the family, and provide dashcam and other video showing the collision and what led up to it.

The Saturday night accident that killed Verona Gunn happened when 10 to 12 police vehicles sped through an intersection as the family’s car waited for them to pass, according to the letter, signed by Gunn’s son, Dwight Gunn. 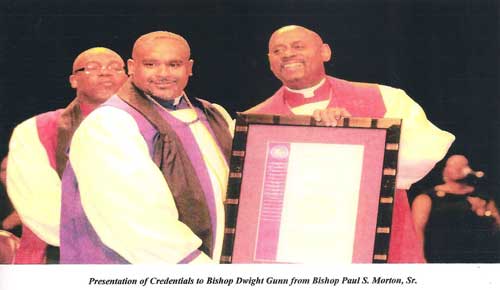 Gunn, the pastor of a West Side church, met with Johnson on Tuesday to demand answers for what he called the “reckless abandon” of Chicago police.

“Our mother, who we love deeply, (had) her life improperly cut short,” he said.

Lightfoot, who was sworn in as mayor last week, announced a stepped-up police presence and an increase in youth programs for the Memorial Day weekend in a bid to stave off violent crime on a holiday that’s seen an uptick in shootings in previous years. 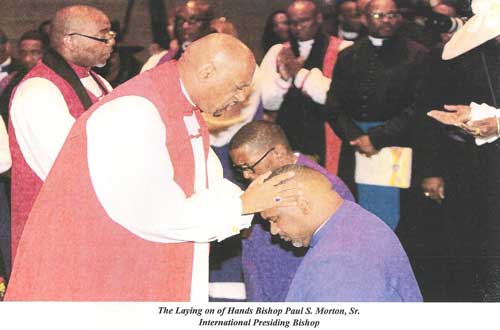 The letter says an unmarked police SUV and a marked police van that were among the first responders passing through the intersection around 10 p.m. suddenly slammed into each other. It says the “unimaginable happened next” as the police vehicles then plowed into the idling family car.

The letter describes Verona Gunn as “the matriarch” of the family who worked for 30 years as a teacher. She died of her injuries around four hours later at a hospital. Two other adults in the car and a 9-year-old were also injured, it says.

The letter thanks Lightfoot and Johnson for calling the family to express their condolences and to assure them there will be “a full and swift” investigation. The family wants to be sure that “proper training, communications and protocols are in place too so that no family has to endure what” they are suffering now, the letter says.

Asked about the letter on Tuesday, police spokesman Anthony Guglielmi forwarded a Sunday statement that had confirmed the woman had died and offering condolences to the family. That statement stops short of saying who caused the accident, saying only that officers were responding to an emergency call to assist other police when “two police vehicles collided with each other and civilian vehicles.” The investigation is ongoing.

An elderly woman was killed and 10 Chicago police officers injured in a multiple vehicle crash over the weekend. One man – a civilian – was also injured in the incident.

Officials said two police vehicles – a van and an unmarked SUV – crashed into each other and “several civilian vehicles” around 10 p.m. Saturday night in the Austin neighborhood. The police vehicles were on their way to an emergency call for assistance, the Chicago Tribune reported.

Twelve people – 10 officers and a man and a woman, both civilians – were transported to Norwegian American Hospital, police said.
The woman, identified as Verona E. Gunn, died of her injuries at the hospital hours later. The Cook County medical examiner’s office, which listed her age as 89, said an autopsy was scheduled from Monday. Her son, Bishop Dwight Gunn, told FOX 32 on Sunday that Police Superintendent Eddie Johnson had reached out to the family and assured him the crash was under investigation.

On social media, he wrote his mother was inside his sister’s car, which was hit while at a stoplight. He said that his family had lost its matriarch.

“The internal injuries from the crash were too much for my 84 year old mother to overcome,” he wrote in the post. “My family will seek answers for the reckless behavior of the Chicago Police Department as we morn the loss of our mother.”

On Sunday evening, police spokesman Anthony Guglielmi tweeted a statement saying that their “thoughts and prayers were with all affected” by the “tragic car accident.”

“Our heartfelt condolences go out to the Gunn family over this devastating loss,” he wrote in a subsequent statement attributed to him.

Our thoughts and prayers are with all affected by last night’s tragic car accident & deepest condolences to Bishop Gunn and his family. https://twitter.com/cbschicago/status/1132753661908721669 … 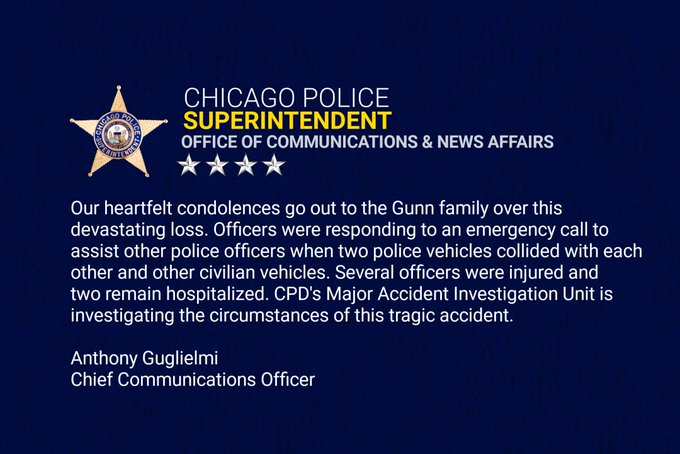 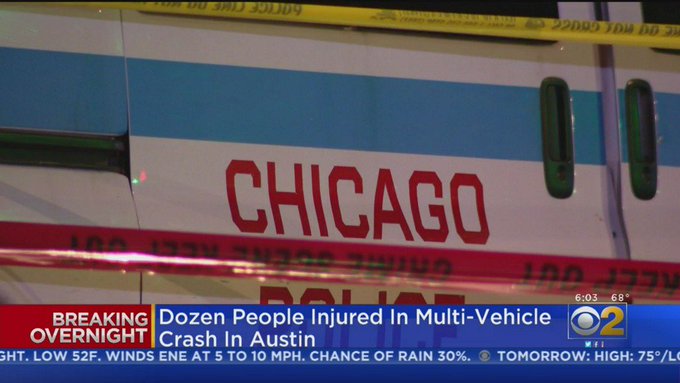 Witness Corey Jackson told the Chicago Tribune that he was nearly struck by one of the police vehicles while biking near the scene.

“I was just in a state of shock,” he told the newspaper, adding that he jumped off his bike and hurled himself onto the sidewalk before he was hit. “When the cop cars crashed, I snapped back into reality. I was inches from them. I could have lost my life tonight.”