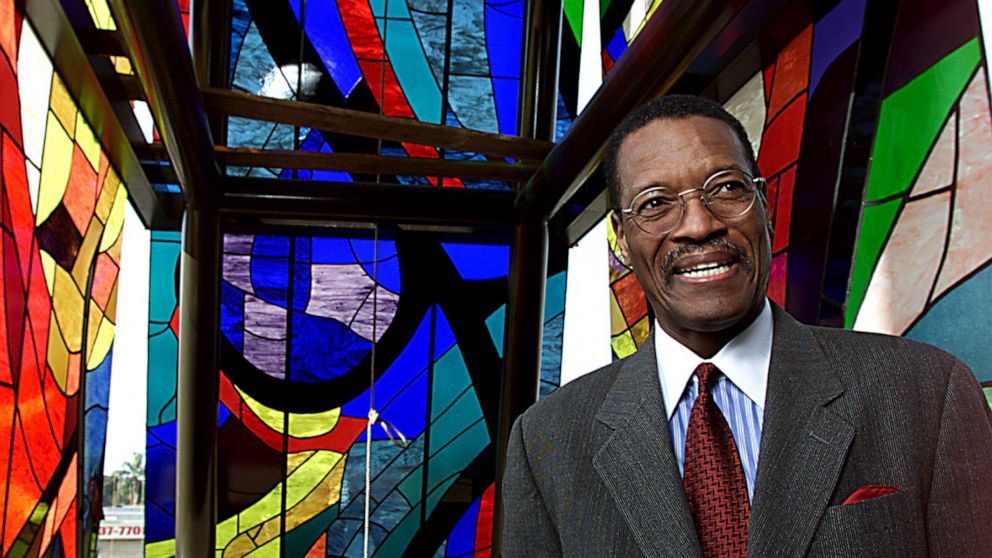 The novel coronavirus has taken a massive toll on Americans from all walks of life. Communities of faith have paid a heavy price, both in terms of congregations not being able to...
by Zach Freeman May 21, 2020 191 Views

The novel coronavirus has taken a massive toll on Americans from all walks of life.

Communities of faith have paid a heavy price, both in terms of congregations not being able to worship together and religious leaders along with so many of their church members being afflicted with and dying from the disease.

The crisis has been felt among a number of religious backgrounds, but particularly acute among leading African American members of the clergy and churches with predominantly black congregations, according to faith leaders.

ABC News identified at least 33 African American bishops, reverends and pastors who led various denominations around the country who have died from the coronavirus, according to an analysis of news reports. There were seven in Michigan (including two from the same church), seven in Louisiana, six in New York, three in Illinois, two in Mississippi, two in Georgia, two in New Jersey, one in Virginia, one in Tennessee, one in Alabama and one in Missouri.

The Church of God in Christ (COGIC), which has been around for almost 100 years and is the largest black Pentecostal denomination in the United States, lost seven bishops to the coronavirus, according to Charles E. Blake, the presiding bishop of the COGIC, which is based in Los Angeles, California.

“It’s sorrowful to lose one of our leaders,” Blake, 79, told ABC News. “One bishop lost to this disease is one bishop too many… the sorrow you can never get use to, the loss you can never get accustomed to that, but not being able to mourn and to even celebrate the lives of those who I’ve known and loved that is difficult also.”

In New York, the epicenter of the coronavirus outbreak in the U.S., at least six African American clergy members, aged 52 to 94, have been reported as having died from the virus as of May 11, leaving congregations from Riverhead in Long Island to Yonkers, just north of New York City, without a leader. More than 22,000 people have died from the virus in the state.

Bishop William Harrell Jr. was the head of St. James Community Full Gospel Church in Harlem. He was diagnosed with the coronavirus and died on April 17 at the age of 63.

“He was healthy as an ox, never had health complications. This happened out of nowhere. It was a shock to the ministry and the family,” his son, Jonathan Harrell told ABC News on Tuesday.

The bishop’s son said that his father’s death left him “speechless.”

“He was the backbone, the patriarch and now he is gone,” said Jonathan Harrell, 21, adding: “He was our burden-bearer in the natural, the earthly vessel that was sent to handle things we were too weak to handle.”

Bishop Harrell was buried in his hometown of Tyner, North Carolina on May 16 and his son delivered the eulogy. “I was blessed to know this man,” said Jonathan Harrell, who vowed to keep their family’s church going along with his mother JoAnne Harrell — the present leader.

Pastor A.R. Bernard, the founder and leader of the Christian Cultural Center (CCC) in Brooklyn, New York, was steadfast when he was diagnosed with the coronavirus in March.

“I came to a place, in the intensity of all of the symptoms that I was experiencing physically, psychologically and emotionally, where I could abandon myself to something called Providence. And that is a belief that God is in control,” Bernard told ABC News last week.

Bernard fully recovered from the coronavirus in March then learned that his niece died from the same disease he beat.

“I ended up burying my own niece,” said Bernard. “I lost my sister’s daughter, 26 years old, vibrant young lady, but she had a history of heart problems and… when we did the funeral we could only have a very small number of people spread out in the larger sanctuary.”

The lead pastor of Mount Neboh Baptist Church in Harlem, Rev. Johnnie Green, said 13 members of his predominantly African American church died because of the coronavirus.

Green took a deep breath before talking about the loss of “pillar members of the church” like lifelong choir members, a deaconess as well as ministry and committee leaders.

“I buried one today,” Green told ABC News Tuesday. “It was a very sad graveside service, only attended by her mother, father, brother, a family friend and myself. She passed away on April 4 and just got buried.”

Similar disparities exist in other states that have released a racial breakdown of COVID cases and deaths.

“Health differences between racial and ethnic groups are often due to economic and social conditions that are more common among some racial and ethnic minorities than whites. In public health emergencies, these conditions can also isolate people from the resources they need to prepare for and respond to outbreaks,” the CDC said on its website.

Bernard said the number of people of color who have died from the coronavirus reflects inequalities in the nation’s health system.

Rev. Blake said he has formed a health commission to devise strategies to encourage church members to comply with the CDC guidelines and prevent the spread of the disease.

“We are very concerned about our constituency,” said Blake, who has also launched a COVID-19 informational page on the COGIC’s website “to make sure our congregations and our organization well informs all of our constituents of the danger of this pandemic and what they must do to survive it.”

The COGIC services over 10,000 congregations around the world. Blake said they are going to have to rely on the internet more since a number of stay-at-home orders are still in effect.

When the stay-at-home and social distancing orders were first issued, Bernard said it caught “many traditional black churches” off-guard because they did not have a “digital footprint.”

Rev. Craig Williams, of the Greater St. Stephen United Church of God in Brooklyn, recalled telling his 85-year-old father — the church’s founder, Bishop Marvin D. Williams — about how they were going to try to pull off traditional pre-Easter services amid the pandemic.

“I explained we can do it by Zoom and do the feed to YouTube and Facebook and he said ‘it’s a whole new world,'” said Craig Williams to ABC News on Tuesday. “In that moment it was like a passing of the torch. As he understood it, he served his people of his age, now his son [I] will serve the people of his age.”

Bishop Williams died of natural causes on April 7, 50 years after founding the church, which became a hub for the community of Bedford-Stuyvesant for food, healthcare and youth services.

Rev. Green said his church has continued to worship with almost daily services or meetings for his 1,300 members through Zoom and Facebook Live, where they average between 500 to 700 attendees.

Rev. Bernard said the lack of physical presence while mourning has been difficult especially during funeral services, including his niece’s.

“We had to stay 100 feet away from the burial site so doing the committal had to be from a distance…it affects you psychologically, emotionally and spiritually,” said Bernard referring to his niece’s funeral service

Bernard said his non-denominational Christian megachurch, which has locations in Brooklyn, Long Island, Florida as well as an online congregation — had to beef up its pastoral care division to respond to the volume of calls that were coming in from members who were sick or had loved ones who were sick.