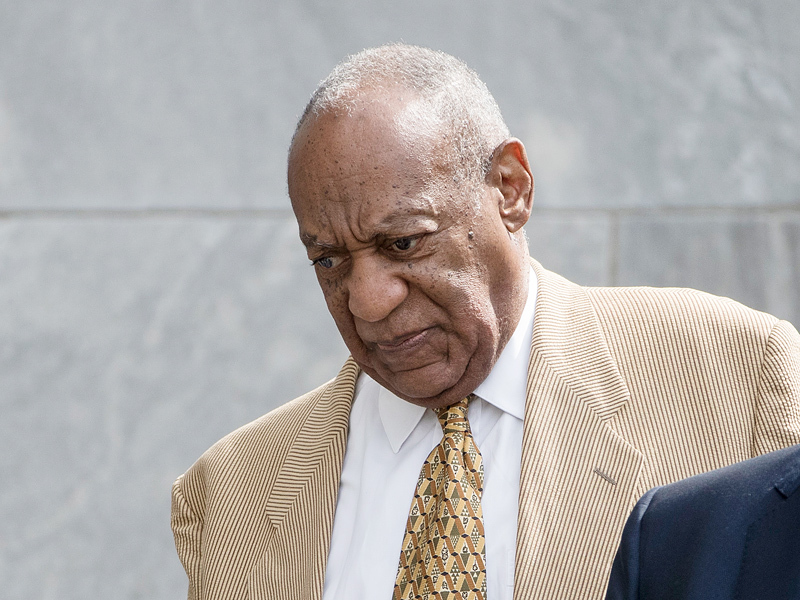 Janice Dickinson can proceed with her defamation case against Bill Cosby the  California Second District Court of Appeals ruled on Tuesday  The supermodel filed a legal complaint in 2015 after Cosby said...
by Zach Freeman November 21, 2017 2855 Views 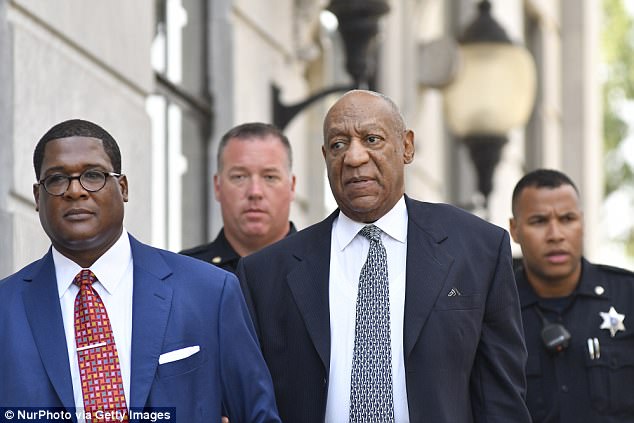 Bill Cosby will be standing trial twice next year, with a California judge ruling on Tuesday that Janice Dickinson’s defamation case against the disgraced actor can proceed in court.

The former supermodel, 62, filed a complaint against Cosby, 80, over his response to a 2014 interview with Entertainment Tonight in which she said that the actor had sexually assaulted her in 1982 after giving her an unknown pill.

Soon after that interview aired, Cosby’s attorney Marty Singer responded to requests for comment by disputing Dickinson’s claim that she was drugged and raped by his client and calling the allegation ‘an outrageous defamatory lie.’

The judge ruled on Tuesday that because he sent out that statement and a subsequent press release Singer too will face claims in the case.

‘We fail to see how justice is served by granting Singer a windfall immunity based on Cosby’s pursuit of a meritless motion,’ wrote California Second District Court of Appeals Associate Justice Laurence Rubin.

It was also ruled that Dickinson could recover all legal costs related to the appeal from Singer and Cosby.

Dickinson’s attorney Lisa Bloom issued a statement on Tuesday praising her client for her bravery.

‘We appreciate the appellate court’s careful review of the facts and the law in this case, and today’s sweeping ruling in our favor,’ wrote Bloom in her statement.

‘I look forward to taking Mr. Cosby’s deposition and to the trial of this important case, which is about a woman’s right speak out about sexual assault accusations without being publicly attacked in response.’

One day after disputing the claims, Singer sent a lengthy press release to multip,e outlets on Cosby’s behalf.

‘Janice Dickinson’s story accusing Bill Cosby of rape is a lie. There is a glaring contradiction between what she is claiming now for the first time and what she wrote in her own book and what she told the media back in 2002,’ said Singer.

‘Ms. Dickinson did an interview with the New York Observer in September 2002 entitled “Interview With a Vamp” completely contradicting her new story about Mr. Cosby. That interview a dozen years ago said “she didn’t want to go to bed with him and he blew her off.”’

He continued: ‘Her publisher Harper Collins can confirm that no attorney representing Mr. Cosby tried to kill the alleged rape story (since there was no such story) or tried to prevent her from saying whatever she wanted about Bill Cosby in her book.

‘The only story she gave 12 years ago to the media and in her autobiography was that she refused to sleep with Mr. Cosby and he blew her off. Documentary proof and Ms. Dickinson’s own words show that her new story about something she now claims happened back in 1982 is a fabricated lie.’

Dickinson said that she did in fact inform her ghost writer of the incident, a claim that was pointed out in the response issued on Tuesday.

‘In 2002, Dickinson’s autobiography, No Lifeguard on Duty, was published by Regan Books, an imprint of HarperCollins. Dickinson’s evidence in opposition to the anti-SLAPP motion shows the following: Dickinson disclosed the rape to her ghostwriter, Pablo Fenjves, and wanted it included in the book,’ reads the response, citing Dickinson’s claims in court filings she submitted in the case.

‘The president of Regan Books, Judith Regan, discussed the matter with the legal department at HarperCollins, which said the rape could not be included without corroboration. Regan thought corroboration would be difficult, but believed Dickinson to be credible and argued to include the rape.’

In the end the Cosby encounter was mentioned, but the book said the two did not sleep together to avoid any legal issues.

Dickinson said in that 2014 interview that Cosby invited her to dinner to discuss a role on The Cosby Show and at one point offered her a glass of wine and a pill.

‘The next morning I woke up, and I wasn’t wearing my pajamas, and I remember before I passed out that I had been sexually assaulted by this man,’ she told Entertainment Tonight.

‘I remember waking up with my pajamas off and there was semen in between my legs.’

Dickinson said her last memory of the night was of Cosby taking off his robe and climbing on top of her, and that the next morning she remembers ‘a lot of pain.’

The supermodel claimed the incident occurred in Lake Tahoe, California in 1982.

In her memoir, Dickinson detailed some of her evening in Lake Tahoe with Cosby but told a very different story.

She said she was drinking with Cosby at dinner and after being invited back to his room told him she was tired, at which point he slammed his door in her face.

The aforementioned legal claims may however be why she decided not to print her current side of the story.

She says she is coming forward now though because she believes the other victims who have spoken publicly, and that it is the ‘right thing to do.’

As for what she would say to Cosby if she saw him, Dickinson does not mince words.

‘Go f*ck yourself. How dare you take advantage of me. And I hope you rot.’

His other lawyer ayt the time, John P. Schmitt,  said the fact that the allegations are being repeated ‘does not make them true.’