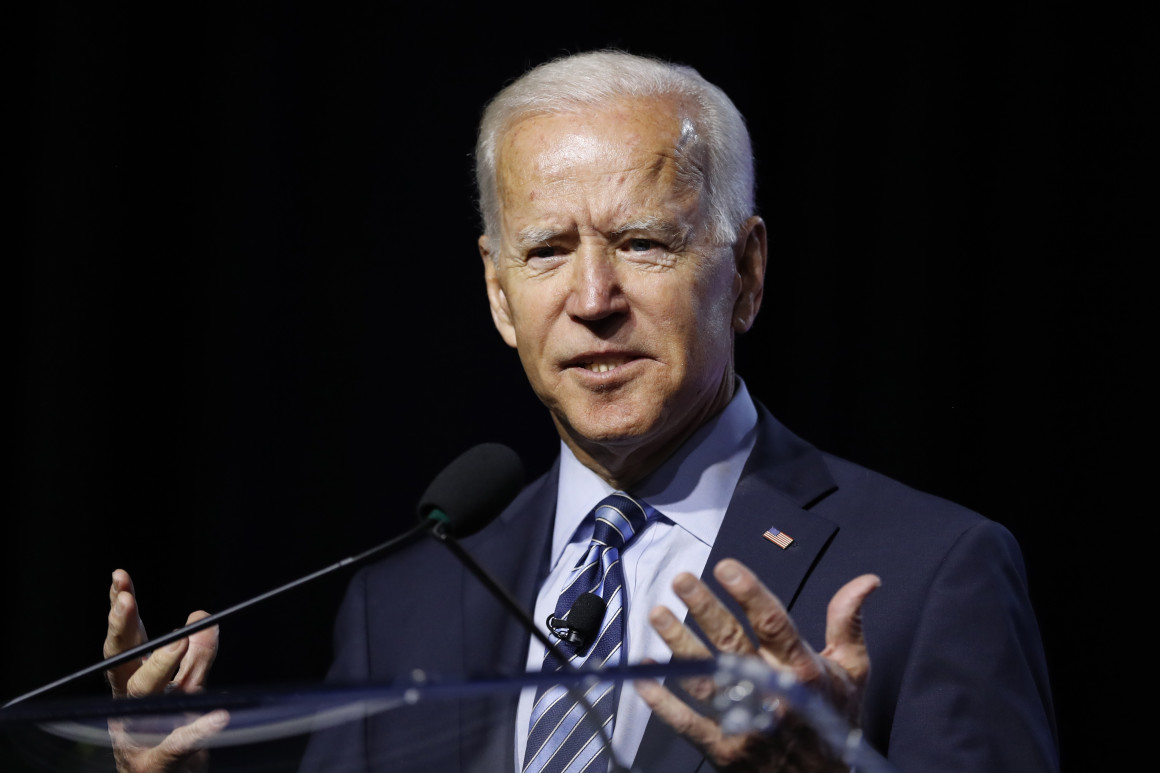 “Donald Trump has violated his oath of office, betrayed this nation and committed impeachable acts,” Biden said in his strongest comments to date on the matter, adding, “He should be impeached.”

So pathetic to see Sleepy Joe Biden, who with his son, Hunter, and to the detriment of the American Taxpayer, has ripped off at least two countries for millions of dollars, calling for my impeachment – and I did nothing wrong. Joe’s Failing Campaign gave him no other choice!

“So pathetic to see Sleepy Joe Biden, who with his son, Hunter, and to the detriment of the American Taxpayer, has ripped off at least two countries for millions of dollars, calling for my impeachment — and I did nothing wrong,” Trump said. “Joe’s Failing Campaign gave him no other choice!”

In the July phone call, Trump asked Ukrainian President Volodymyr Zelenskiy for a “favor” before asking if he could probe the Bidens and the 2016 conspiracy. Trump asked for it after Zelesnkiy discussed U.S. military aid to the country, according to a partial transcript of the call released by the White House last month.

“He’s shooting holes in the Constitution and we cannot let him get away with it,” Biden said.

“I’m not going to let him get away with it,” Biden said of Trump’s conduct. “He’s picked a fight with the wrong guy.”

Biden said Trump’s push to have him and his son investigated is based on “smears.”

“His lying is matched only by his manifest incompetence as president,” Biden said.

Biden’s remarks come at a potentially critical juncture in his campaign, as his once-sizable advantage over the Democratic presidential field has shrunk in state and national polls, and after he announced disappointing fundraising numbers for the last quarter, prompting new concerns over whether he can take on Trump’s barrage of attacks as the Democratic nominee.

And it comes after a period in which he has had just four public campaign appearances in 18 days — all on the West Coast in between fundraising stops.

But Biden advisers have insisted that the relentless attacks from Trump and his allies have not diminished his standing among voters, but rather helped rally Democrats around him. A new NBC News/Wall Street Journal poll found that voters’ opinion of the former vice president has been largely unchanged — 33 percent had a positive view of him, compared to 34 percent who did not, numbers similar to those recorded in the poll in August.

“I think Joe is handling this just right,” Sen. Chris Coons (D-Del.), who joined Biden in New Hampshire Wednesday, said in an interview. “I think Joe Biden remains focused on the things that really matter to working families here in New Hampshire and across our country, while still being clear about just how baseless these attacks from President Trump against his family are.”

Matt Lauer Is Angry Now And Speaking Out Accuser Saying Meredith Vieira Told Her To Speak Out!