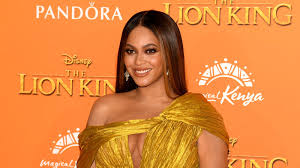 Beyoncé Announces ‘Making the Gift’ TV Special on Creating ‘The Lion King’ Soundtrack ABC will air the documentary, Making the Gift, a behind-the-scenes special on the making of Beyoncé’s soundtrack, The Lion King:...
by Jasmin Williams September 15, 2019 310 Views

ABC will air the documentary, Making the Gift, a behind-the-scenes special on the making of Beyoncé’s soundtrack, The Lion King: The Gift.

The network announced on Sunday that Beyoncé Presents: Making the Gift will air Monday night at 10 p.m. E.T., following Dancing With the Stars. ABC—or its new name on Twitter, ABeyC—also released a 30-second trailer, which shows an intimate look at how the songs were created, featuring guests like Kendrick Lamar, Pharrell, Jay-Z, co-star Childish Gambino, and other emerging musicians. The preview also shares exclusive footage of the music videos, recording sessions, and more.ADVERTISING

The Bey executive-produced soundtrack finished at No. 2 on the Billboard 200 chart during its debut week in July. It was the singer’s second effort this year to crack the Billboard top 10, joining Homecoming: The Live Album, which dropped in April in conjunction with her Netflix documentary of the same name.

In early July, Beyoncé spoke with Good Morning America about what went into creating The Gift: “This soundtrack is a love letter to Africa,” she said. “I wanted to make sure we found the best talent from Africa and not just use some of the sounds and do my interpretation of it. I wanted it to be authentic to what is beautiful about the music in Africa.”NEWSVIDEOSABCBEYONCÉALBUMSOUNDTRACKTHE-LION-KING

Teenager Allergic to Dairy Died After Restaurant Said His Birthday Burger Was Safe to Eat: Coroner