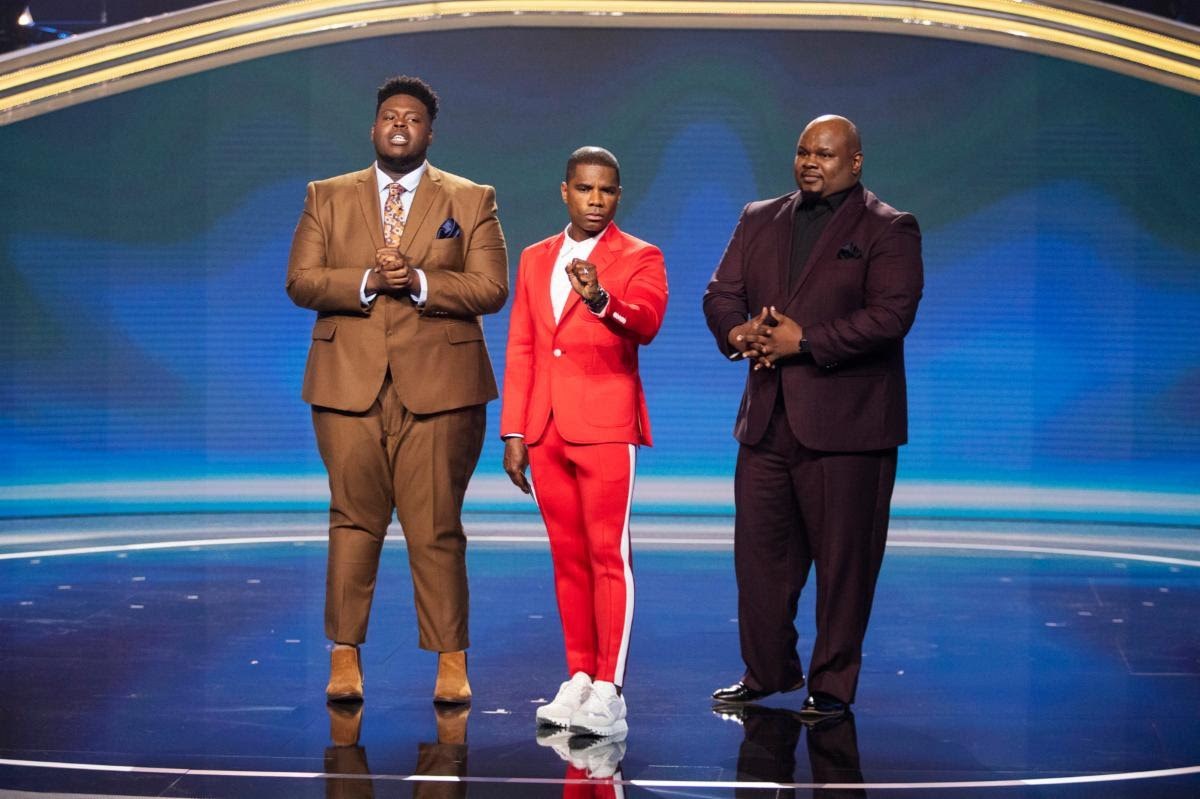 BET’s “Sunday Best” finalists Joshua Copeland, and Melvin Crispell, III Are Ready To Take Their Place On Charts! Check Out Their New Singles!

“ANYTHING IS POSSIBLE” AND “NOT THE END OF YOUR STORY”

After making a triumphant return from its four-year hiatus earlier this summer, BET’s inspirational singing competition, “Sunday Best,” moves closer to crowning a new gospel superstar. Last night the Grammy Award-winning songstress, Fantasia heated up the stage with a debut performance of “Looking For You,” from her forthcoming album Sketchbook. She later joined the judge’s panel, kicking off an emotional night full of surprises which ended with Joshua Copeland and Melvin Crispell, III moving forward to the finale episode airing on August 25, 2019 at 8PM ET/PT. Fans are now encouraged to vote for their favorite contestant at: BET.com/VoteSundayBest.

Challenged with connecting with their inner selves this week, each contestant had to perform twice. For the first performance, the contestants chose a personal song and Kirk surprised them with a close family member for motivation. Joshua selected Tasha Cobbs’ “I’m getting Ready,” while Melvin, performed Hezekiah Walker’s “Wonderful Is Your Name,” which was written by his late father Melvin Crispell II.

For their second performance of the night, the competitors performed original songs created by a team of heavy hitters, including GRAMMY®-nominated mega-hit wonder Makeba Riddick-Woods (Rihanna, Beyoncé, Tamar Braxton, Koryn Hawthorne) and six-time GRAMMY®-winning powerhouse Aaron Lindsey (Israel Houghton, Marvin Sapp, Kenny Lattimore, Smokie Norful). What resulted was two awe-inspiring gospel singles “Anything is Possible” by Joshua Copeland and “Not The End of Your Story,” by Melvin Crispell III; both songs featured production by Lindsey and were co-produced by GRAMMY®-winner Myron Butler.

Today, RCA Inspiration releases these two new songs, as the first installment of their partnership with BET to spotlight new music from the hit gospel competition series. Both songs are now available at digital music providers.

For updates and more information about “SUNDAY BEST”, please visit BET.com/SundayBest. Join the conversation on social media by using the hashtag: #BETSundayBest.

Joshua Copeland: “Anything is Possible”

Melvin Crispell, III “Not The End of Your Story”https://rcainspiration.lnk.to/NotTheEndOfYourStoryPE

Joshua Copeland: “Anything is Possible”

Joshua Copeland is a loving family man. The PK (Pastor/Preacher’s kid) and married father of two puts his love for family at the forefront of everything he does. A preacher himself, Joshua is known for his ability to masterfully blend both of his callings to literally preach the gospel while singing it. Having unsuccessfully auditioned for the show in past seasons, he is extremely grateful to have made it this far in the competition. Joshua humbly acknowledges that being on Sunday Best isn’t just about him. He hopes that winning Sunday Best will not only make his parents proud but will also inspire his children and others like him that anything is possible.

Melvin Crispell III hails from a rich musical legacy. His father, world-renowned musician Melvin Crispell, Jr. composed and played on award-winning songs for some of gospel music’s biggest artists. His mother, Tunesha Crispell was a celebrated gospel singer whose voice was featured on several well-known choir recordings along with a critically acclaimed solo project. With the sudden death of his father at 16 followed by the untimely demise of his mother at 18, Melvin was able to overcome through his relationship with God and music and that the trauma was not the end of his story. Melvin hopes that winning Sunday Best will allow him to use his dynamic voice to lead others to a closer relationship with God and to carry on his family’s legacy while also creating his own.

Jesse Collins Entertainment (JCE) is a full service television and film production company founded by entertainment industry veteran Jesse Collins. For more than a decade, Collins has played an integral role in producing some of television’s most memorable moments in music entertainment. Collins has produced groundbreaking and award winning television programming including the BET Awards, the Grammy Awards, Soul Train Awards, BET Honors, UNCF An Evening of Stars, ABFF Awards and the BET Hip Hop Awards. Collins was an executive producer of the hit TV series, Real Husbands of Hollywood starring Kevin Hart, the critically-acclaimed The New Edition Story, a biopic on the boy band that aired as a 3-part mini-series on BET in January 2017, posted record ratings for the network and attracted nearly 30 million viewers. He is also the executive producer of VH1 shows Dear Mama and Hip Hop Squares with Ice Cube. He has appeared on the cover of Vibe magazine and has been featured in numerous publications including Billboard and Ebony magazine. Most recently JCE executive produced The Bobby Brown Story. The mini-series picked up where The New Edition Story mini-series left off and chronicled the talented but troubled singer’s exit from the popular ’80s boy band through his solo success. It debuted on BET in September 2018 ad was the highest rated non-tentpole program on the network since The New Edition Story. Next for JCE is the second season of American Soul on BET and Netflix’s upcoming series Rhythm and Flow.