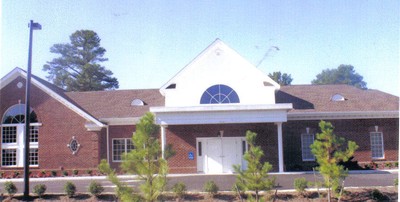 Family was important to William, and he always had an abundance of love for them, beginning first with his parents, Corwell and Gertrude Stubbs. His parents brought him up in the fear and admonition of the Lord. William had a special love and bond with his 10 siblings, Lewis, Verdell, Geraldine, Gladys, Nathaniel, Raymond, Ernest, Ernestine “Tina,” Linda and Maxine. Although he was not the oldest, they greatly admired him and his leadership.

After graduating from James Weldon Johnson, William was drafted into the U.S. Army. He served his country abroad in Thailand. After his return, he was joined in marriage to the former Gwendolyn Robinson. Unto this union, two children were born, Sabrina Lanae Stubbs and Daryl William Stubbs, who he adored. He later united in holy matrimony with the late Gloria A. Stubbs. He was blessed to be involved in her children, Renee, Rochelle and Randy’s lives. On Nov. 19, 1999, Pastor Stubbs went on to marry his current wife, the former Linda Yvonne Wright-Credle. From this union, he inherited three more children, Angela, Michelle and James. They were blessed to share 21 years of marital bliss.

William loved and supported his family unconditionally, rearing his children in the word of God from babes. In addition to teaching the scriptures to them, he spent much time playing and making beautiful memories with them throughout his life. He was a proud grandfather and shared a great love for his grandchildren. His love, sacrifice, nurturing, training, wisdom and the times shared will always be permanent, beautiful memories in their hearts.

Greater than his passion for family was his passion for teaching and for sharing the word to those that would listen and to those that did not know his Lord and Savior, Jesus Christ. Pastor Stubbs led the Spirit of Victory Christian Church, Teaching Church of Jesus Christ, and The New Testament Teaching Church of Christ for 25 years. For 40 years, Pastor Stubbs was regarded as the number one scriptural teacher in America. For over 60 years, Pastor Stubbs “perfected” the righteousness of Jesus Christ. Pastor Stubbs will also be remembered for his humanitarian work in the Hampton Roads area. He worked with others who loved Jesus Christ and shared thousands of dollars with the homeless and others with financial needs and emergencies. Pastor Stubbs was committed to feeding the flock and was fully dedicated to pastoring the New Testament Teachings Church of Christ as he was called!

Stubbs was a very active member of his community, as he engaged in community building and participated in a number of local organizations and ministries. He was very enthused about the task Councilwoman Sharon Scott initiated with the North District Food Drive, and he spent his last years fulfilling the duties on that committee.

Pastor William Stubbs was a servant of Jehovah God, loving and devoted pastor, husband, father, brother, uncle and friend. He touched us all in his walk and spiritual journey in Christ’s love through his leadership and faith. His wife Linda cherished him and found William to be a real gem! He was literally the definition of decency and in order. Stubbs was a kindhearted, cheerful giver and a pleasure to speak to, fellowship with and befriend.

Pastor William Corwell Stubbs is the last of his kind, and he will be missed and favorably remembered! We trust that all that he was, stood for, performed in the precious name of Jesus be an example for those believers likewise following him as he followed Christ in the path of righteousness.

Pastor Stubbs may be viewed from 4 to 7 p.m., Friday, March 26, at Whiting’s Funeral Home. A private, livestreamed funeral service will be held at noon, Saturday, March 27, at whitingsfuneralhome.com. A horse-drawn hearse will carry Pastor Stubbs from the parking lot of Rising Sun Baptist Church to his home at 569 Taliaferro Road beginning at 2 p.m. Saturday. Military honors will be rendered at the residence.