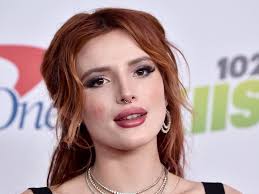 Bella Thorne says after Disney Channel Shows she was broke!

With four movies out, Bella Thorne is living the Hollywood dream. But her life hasn’t always been that way, the star revealed to the L.A. Times in an interview published Thursday. The Disney Channel...
by Joy Smith October 18, 2018 773 Views 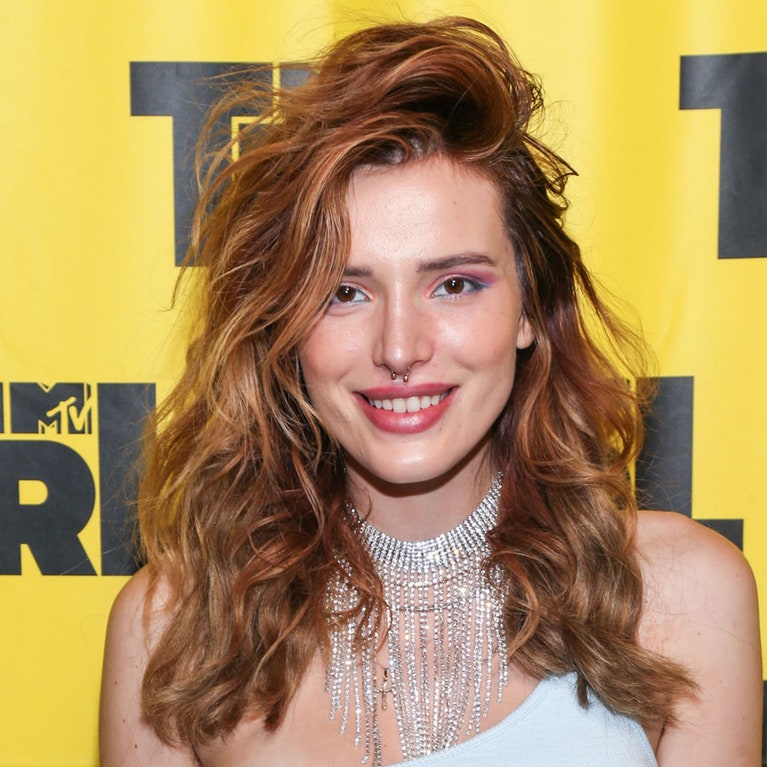 With four movies out, Bella Thorne is living the Hollywood dream. But her life hasn’t always been that way, the star revealed to the L.A. Times in an interview published Thursday.

The Disney Channel alum, 21, spoke candidly to the newspaper about her childhood and the strength she’s needed to overcome some dark experiences, including going broke at 18, decades of alleged sexual abuse at the hands of an older man in her home, and her father’s death when she was just 9.

Thorne claimed that despite working on the Disney Channel’s Shake It Upalongside Zendaya for three years, when it was done, she had only $200 to her name. When asked where the money went, she replied, “You know where it went,” but wouldn’t elaborate further. The Times suggested it may have to do with the Coogan Law, which requires employers to withhold 15 percent of a minor’s gross wages, preventing income from going entirely to kid actors’ guardians.

To stay afloat, the social media maven moved in with her boyfriend at the time, Gregg Sulkin, who was also a Disney Channel star. She explained that he had to take care of her meals, which embarrassed her because her father taught her always to pay.

“I didn’t think things were going to go down like that,” she mused. “And then half of me is like, ‘Come on, Bella. Look at your whole life. Don’t be naïve. You knew somewhere deep down inside things were not right.’ ”

In December 2017, she revealed that she had been molested: Someone on Twitter wrote to her, “What did Disney do this girl?! I think she was molested,” and she replied “Yeah I was,” though she clarified Disney had nothing to do with it.

“I used to think of myself like Marilyn Monroe a little bit,” she told the L.A. Times. “Everyone thought Marilyn Monroe was this sex symbol and she was always perfect and beautiful, but she was dying on the inside. I go back to that tweet, and maybe, in some [messed] up way, it’s right. Maybe I am this way because I was molested and raped when I was younger.”

Thorne’s never named her abuser or reported his actions, and she still carries the guilt.

“I always think, ‘Maybe you could have done something,’ ” she said, crying. “It kind of makes me mad, because I read these stories that are really awful — I mean, really awful … it’s really something getting ripped and taken from you. At least those girls tried. I just laid there, comatose.”

Ultimately, though, the former Famous in Love actress is happy.

“I like my life,” she stated. “All of the things that are awful — especially all of the things that happened growing up — I’ve always looked at it as: ‘Why me?’ Because I am strong enough. Because it has gotten me here. I don’t even know what Bella Thorne would look like if she hadn’t been molested growing up, or her father hadn’t died. I don’t know that I like that girl.”

The interview took place in Thorne’s mansion, which she recently revealed she purchased thanks to her income from paid social media posts.

“I put myself out there on social media because I want people to see who I am,” said Thorne, adding that she “was raised to think that social media is everything.”

While initially her mother ran her social media, the star took over once she turned 18 and used Instagram and Snapchat to give fans insight into her life — making a lot of money doing so.

“For [an Instagram] grid posting, it’s $65,000 a post,” Thorne explained in a Vogue piece titled “Inside the Life of Bella Thorne.”

Teen flown to hospital following a car crash into a church