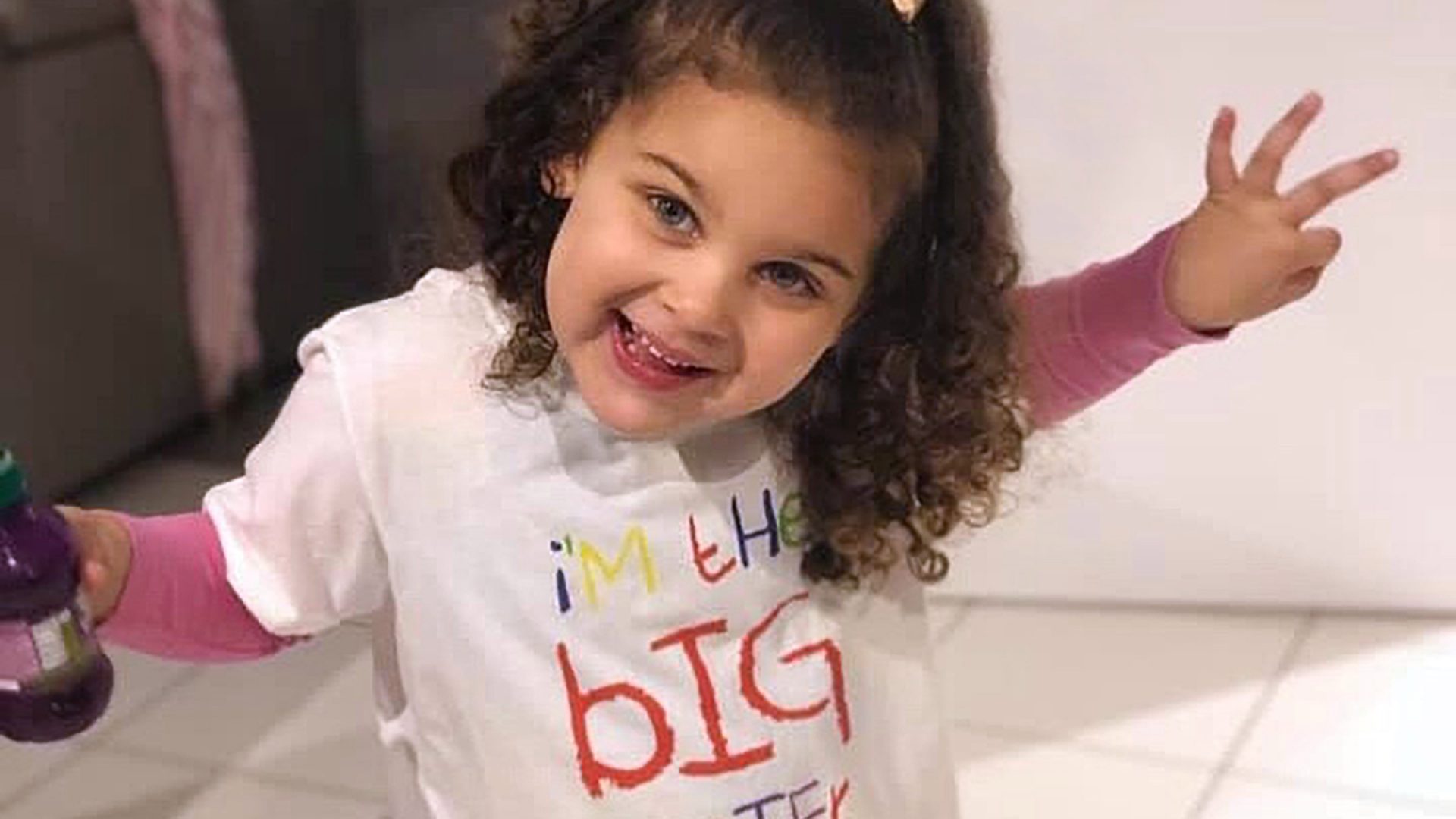 Beautiful Little Girl, 4, Died After Being Accidentally Hanged By Her Pink Unicorn Bike Helmet When She Got Tangled In Tree

A FOUR-YEAR-OLD girl died after being accidentally hanged by her pink unicorn bike strap as she was climbing a tree, an inquest heard. Freya Thorpe “potentially slipped” as she...
by Zach Freeman January 16, 2020 372 Views

A FOUR-YEAR-OLD girl died after being accidentally hanged by her pink unicorn bike strap as she was climbing a tree, an inquest heard.

Freya Thorpe “potentially slipped” as she climbed the tree after setting her scooter aside while playing with a friend near her home in Upper Heyford, near Bicester, on September 8. She died in hospital two days later.

The court heard she was suspended from the branch and the helmet strap became “tight against her throat”.

Oxfordshire coroner Darren Salter ruled her death was an accident.

Her dad, Chris, told the inquest the family’s lives had been “utterly destroyed” by his daughter’s death.

Her death came just days after she became a proud big sister to twin babies.

The court heard Freya had been playing with another girl of similar age near their homes when the accident happened.

Elisabeth McCall, who was passing by with a child, found Freya and dialled 999 but was unable to remove her from the tree, the court heard.

Local resident Connor Everett was called to help because others could not lift her from where she was hanging, 4ft off the ground.

Mr Everett said: “I saw a girl, suspended in the ‘v’ of the tree trunk and branch, by the sides of the cycle helmet.”

By the time paramedics arrived at the scene 25 minutes later, onlookers had been desperately trying to revive Freya using CPR.

She was taken to the John Radcliffe Hospital in Oxford where doctors decided to put her into an induced coma. She died two days later.

An earlier hearing shortly after her death in September heard medical staff gave the cause of death as hypoxic-ischemic encephalopathy due to accidental hanging.

DC Bryn Smith, who investigated Freya’s death, said in court: “It is cruel, it is unfair, but this appears to have been a terrible accident.”

The tree has since been cut down and destroyed.

Concluding the inquest, Mr Salter said: “Clearly no-one else was involved in this tragedy.

“It was a case of climbing a tree but her helmet, which of course she was wearing for safety reasons having had her scooter with her, then became caught in what is described as a v formed by the branch against the tree trunk and in so doing, the strap from the helmet has caused Freya to hang.”

Freya’s dad Chris told the inquest: “Me and my wife loved her more than life itself. We are doing our best to survive.’

He added: “I would like to thank anybody that tried to help my little girl.

“Sometimes, life throws things at you that you cannot avoid. I only wish that things were different. I miss my little girl, as does my wife.

“Thank you for the way that this has been handled and thank you for everybody that has come to support us today. It means a lot.”

A GoFundMe fundraising page was set up to support Freya’s parents, Chris and Elise, and family has raised more than £21,000.