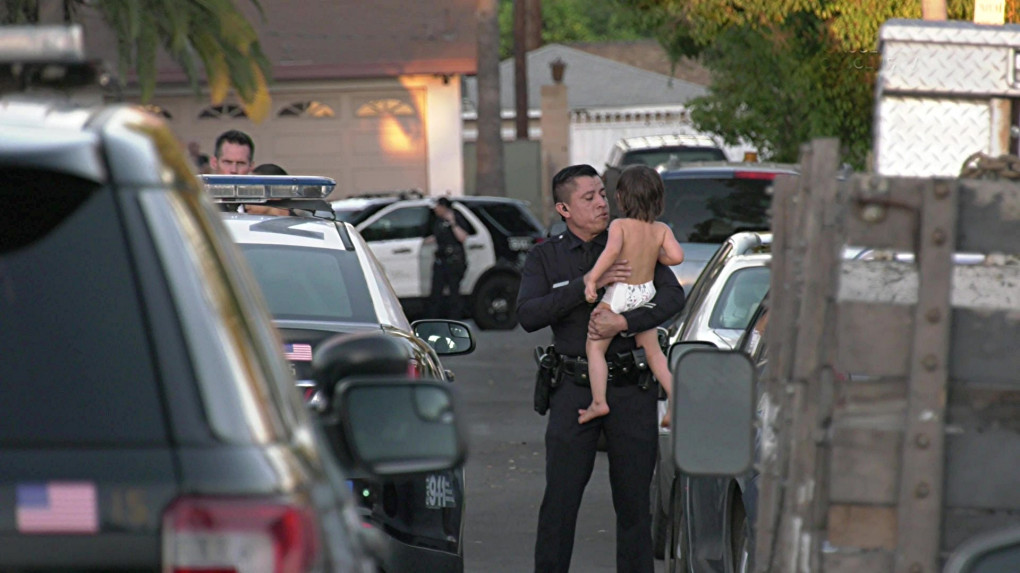 A two-year-old child was safe inside a home after a suspected murder-suicide, Monday night. Authorities responded to reported of a shooting in the 11200 block of Covello Street in...
by Raquel Jayson August 21, 2019 6853 Views

A two-year-old child was safe inside a home after a suspected murder-suicide, Monday night.

Authorities responded to reported of a shooting in the 11200 block of Covello Street in the Sun Valley area around 7:05 PM.

Units arriving on scene found a male and female adult suffering from gunshot wounds on the porch to the rear of a residence.

Inside the residence, officers located a two-year-old child uninjured.

Both individuals were pronounced deceased on scene and police are investigating the incident as a murder-suicide.

A handgun was reportedly recovered near one of the victims.

An investigation into the circumstances surrounding the deaths is underway.

Police took a 2-year-old girl from the scene of an apparent murder-suicide in Sun Valley that left a man and a woman dead on Monday evening, Aug. 19.

Los Angeles Police Department officers responded to reports of gunfire at a residence on the 11200 block of Covello Street at about 7 p.m., LAPD Officer Mike Lopez said. There, authorities found the bodies of a woman who had been shot multiple times and a man who had suffered a single gunshot wound.

Officers searched the home and found an unsupervised 2-year-old girl, Lopez said. She was taken to the North Hollywood police station, and was in the care of officers Monday evening.

“She was in a very secure playpen with toys,” LAPD Valley Bureau Homicide Lt. Mike Kozak told reporters at the scene. “She looked well taken care of. She didn’t seem to know what was going on, obviously at that age they really don’t know what’s going on.”Information regarding the events leading up to the shooting and the relationship of the people found at the scene was not immediately released.