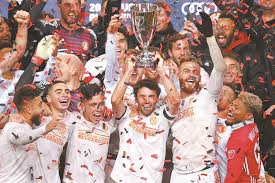 Atlanta United advanced to Major League Soccer’s championship match in just its second season, losing to the New York Red Bulls 1-0 on Thursday night on a goal in second-half stoppage time but winning the two-match Eastern Conference final by a 3-1 aggregate score.

Atlanta will host Portland or Sporting Kansas City in the MLS Cup on Dec. 8, a chance for the city’s second professional sports title and first since the Braves won the 1995 World Series

New York, one of the league’s original teams, had the best regular-season record for the third time in six seasons but remained without an MLS title. The Red Bulls have reached the conference final five times but advanced for the only time in 2008, when they lost the MLS Cup match to Columbus.

Tim Parker scored the game’s only goal in the fourth minute of stoppage time after a poor clearance by Brad Guzan following a corner kick.

With the temperature around 40 and an announced crowd of 22,137 on the late autumn night, Atlanta played with five men back and often 10 behind the ball in a classic “park the bus” defensive strategy. When Atlanta players fell to the ground following challenges, they often remained down for lengthy periods as time ran off the clock.

MLS scoring champion Josef Martinez, Franco Escobar and Hector Villalba had goals at home in the first leg on Sunday, and Martinez nearly scored 12 seconds in, which because of the away-goals tiebreaker would have forced the Red Bulls to get at least five goals in order to advance.

Jeff Larenowicz played the ball from his own half of the field to Darlington Nagbe, who took a touch to slow the ball down and sprinted after it. Tyler Adams’ clearance attempt ricocheted off Nagbe to Martinez, who sped past Tim Parker and took a left-footed shot from just inside the penalty area. Luis Robles made a kick save with his right leg to keep New Yorks chances alive. 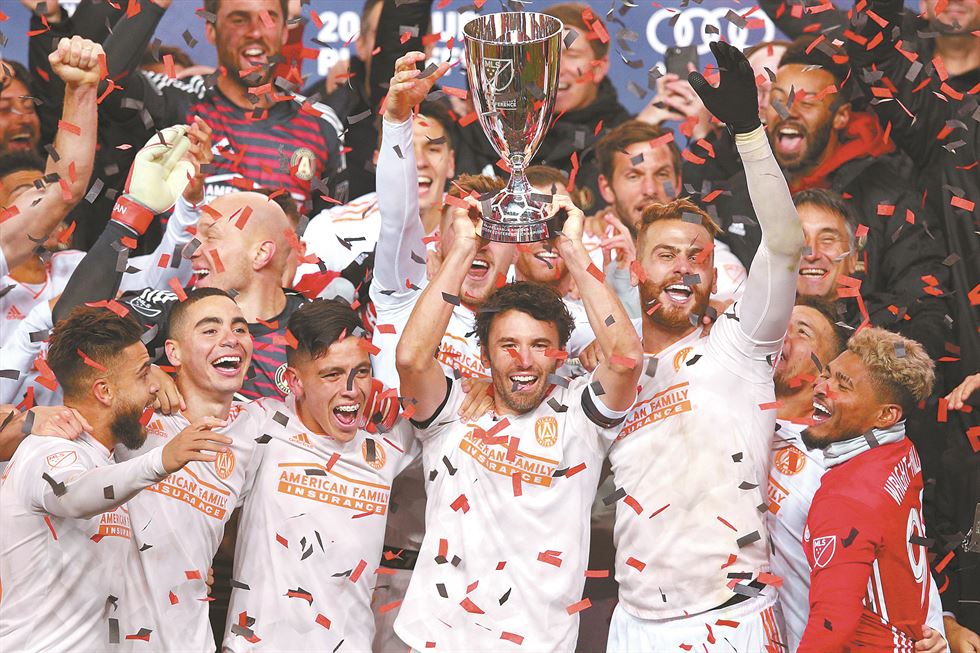 Julian Gressel nearly scored in the 21st minute on a 25-yard shot that skimmed the grass, forcing Robles to dive to knock the ball away with his right hand.

New York pushed Tyler Adams higher up the field in the second half, played wide more and had its first good chance in the 52nd minute, when Alejandro Romero Gammara’s centering pass was redirected just wide by Alex Muyl.

Martinez, a 27-year-old Venezuelan who scored an MLS-record 31 goals during the regular season, came out of the match in the 70th minute.

The ball went into Guzan’s net in the 80th minute but the goal was disallowed on a view review. Following a corner kick and poor initial punchout, Guzan had the ball in both hands above his head when Aaron Long crashed into him and sent the ball in.

Atlanta coach Tata Martino, who already has said he is leaving after the season, will get one more match at the club level. He appears set to take over Mexico’s national team.

Adams likely played his last match for the Red Bulls. The 19-year-old midfielder probably will transfer to sister club RB Leipzig in the Bundesliga.