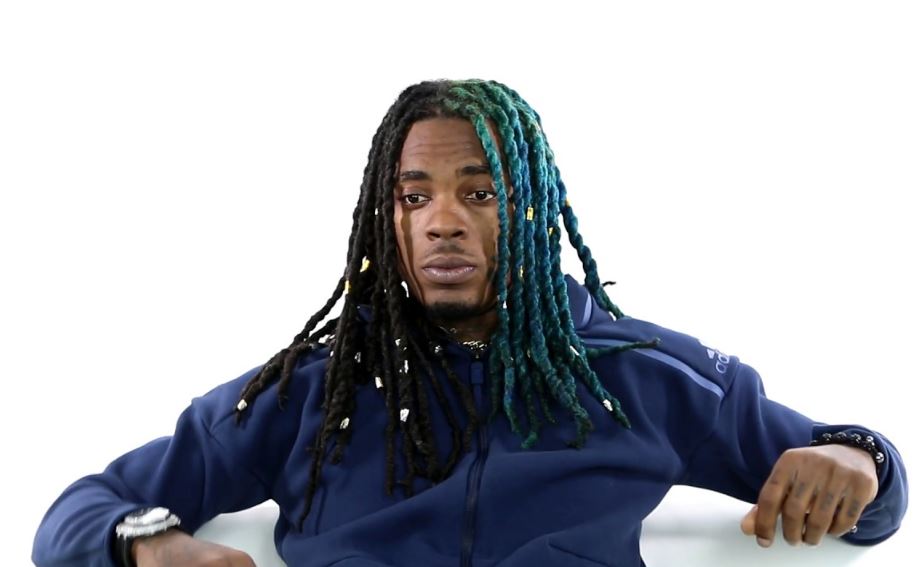 According to CBS46 News, Dae Dae (real name Marquavis Goolsby) was arrested without incident on Wednesday (June 9) in Suwanee on charges of aggravated assault. Dae Dae decided to film the anticlimactic arrest for his roughly 300,000 Instagram followers while maintaining his innocence.

In the clip, Dae Dae runs down the stairs of what is presumably his home where three officers are waiting to put him in handcuffs. Dae Dae, while still denying he’s the guilty party, turns around and he’s taken into custody.

“DEY SLANDER MY 6OY NAME ITS FRAME FAKE NEWS YU FUCCIN DUCCS DONT WORRY 6AE,” the caption read. “I GOT THIS TILL YU GET 6ACC#FRAMED.”

Dae Dae stands accused of stabbing a young girl at the Dunkin Donuts store on Jonesboro Road in Fulton County when he wasn’t able to “get what he wanted.”

Police were called to the store around 6 p.m. local time after a customer, believed to be Dae Dae, started a physical fight with the employee, which ended with the girl being stabbed in the arm.

The victim’s attorney Kamau Mason said, “The crazy thing about the entire exchange is that, I believe that he wanted a certain type of donut, or donuts, and they did not have those donuts, apparently.”

Based on surveillance and cell phone footage and talking to several witnesses, police were able to determine he was driving a red four-door Audi.

Union City police officer Jerome Turner Jr. said, “He eventually wound up leaving the drive-thru, and a few minutes later he returned to the store, making entry inside the store, continuing his verbal altercation, and all of a sudden, he became physical.

“He has what appears to be a butcher knife, and he’s not just slashing, he’s making stabbing motions, you know, and looking at it, that was the part of it that was most troubling to me, he could have easily taken her life.”

Because the victim is a minor, her parents spoke on her behalf and said, “We thank God that our angel was able to survive the attack. No young lady should have to go through such an ordeal either at home, school or work.

“Our girls need our protection, our support and our love. We pray that the union city police apprehend her attacker and that justice is served. Please keep us in your prayers.”

Check it out below.