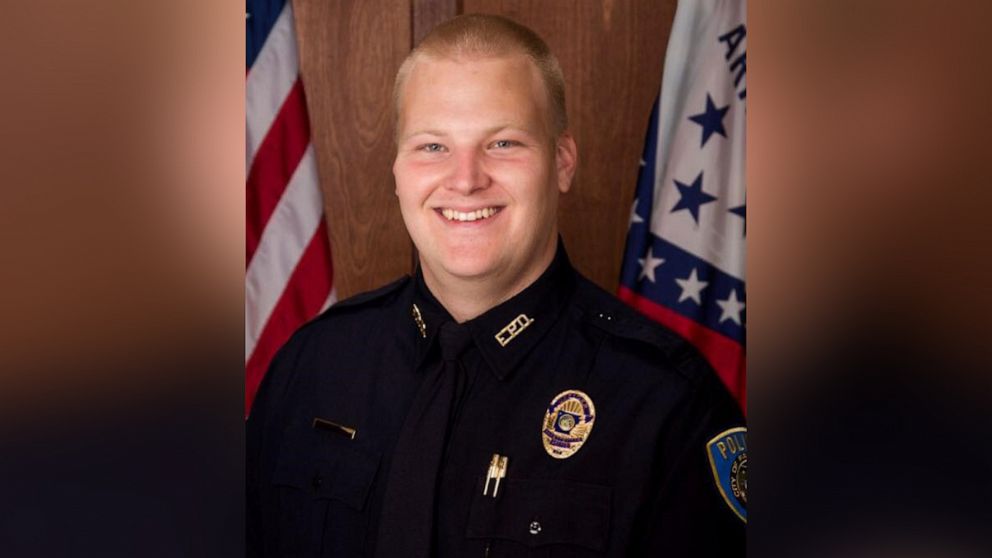 An Arkansas police officer has been shot and killed outside their police precinct. Officers with the Fayetteville Police Department were inside the building when they heard gunshots outside at...
by Zach Freeman December 8, 2019 149 Views

An Arkansas police officer has been shot and killed outside their police precinct.

When two responding officers went outside they located an armed suspect, later identified as London T. Phillips, directly behind the police department.

Phillips exchanged gunfire with officers and was shot during the encounter, police said.

The victim, Officer Stephen Carr, was later found shot inside his patrol vehicle that was parked in the police department parking lot, authorities said.

Emergency medical personnel responded to the scene and treated the officer and the suspect but both of them succumbed to their injuries. and were pronounced dead on scene.

An investigation showed Carr was “ambushed and executed” while sitting in his patrol vehicle, police said.

In a brief press conference Fayetteville Police Chief Mike Reynolds said there seems to have been no motive at all and it “appears the suspect came into the back parking lot and just executed my officer.”(MORE: Police shoot and kill man straddling his injured 85-year-old mother while holding knife)

Carr was assigned as a patrol officer and had been with the department since April 2017.

“He served our community with dedication and professionalism for the past 2 ½ years, he is a HERO,” police said. “Our thoughts and prayers are with Officer Carr’s family during this tragic time.”

The Washington County Sheriff’s Office and the FBI will conduct an independent investigation into the incident, police said.

The officers who fatally shot the suspect were placed on paid administrative leave in compliance with department policy until the police chief can review the investigation.

A Woman Wore A “Hail Satan” T-Shirt On A Plane. American Airlines Forced Her To Change Or Get Off The Plane.