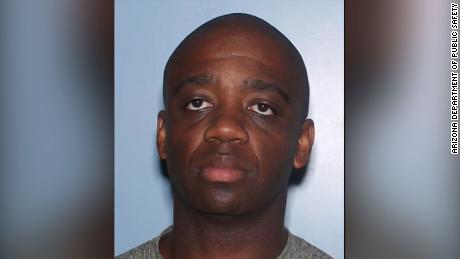 Tremaine Jackson, 43, is facing 61 counts of sex abuse. Want the best of VICE News straight to your inbox? Sign up here. An Arizona state trooper was arrested Tuesday...
by Raquel Jayson September 11, 2019 201 Views

Want the best of VICE News straight to your inbox? Sign up here.

An Arizona state trooper was arrested Tuesday after allegations surfaced that he would extort women for sexual favors in exchange for leniency during traffic stops in Phoenix. He even imprisoned some and falsified their citations, even if the women weren’t facing any legitimate criminal charges.

Tremaine Jackson, 43, is facing 61 counts of sex abuse, including attempted sexual assault, extortion, kidnapping, fraud, and unlawful imprisonment, according to The Arizona Republic. The 13-year veteran of the Arizona Department of Public Safety was also fired.

“When one of our own betrays public trust or breaks the law, we respond swiftly and without regret,” said the state’s director of public safety, Col. Frank Milstead, in a press conference Tuesday.

A woman came forward in late May and accused Jackson of making inappropriate comments during a traffic stop, according to CBS Phoenix affiliate KPHO-TV. A second woman came forward June 11, and he was placed on administrative leave.

Several other women have since come forward, according to the Republic, and officials are pleading for any more alleged victims to talk to police, as part of an ongoing investigation.

It’s hardly the first time a cop has faced allegations of lording their badge over women to get them to submit to sex. For instance, two former detectives with the New York Police Department were sentenced to five years probation last month on charges relating to accusations that they took turns raping a handcuffed, 18-year-old woman after they had just arrested her on drug charges. Rape charges against the detectives, who voluntarily left the force, were later dismissed. The officers instead pleaded guilty to bribery and misconduct.