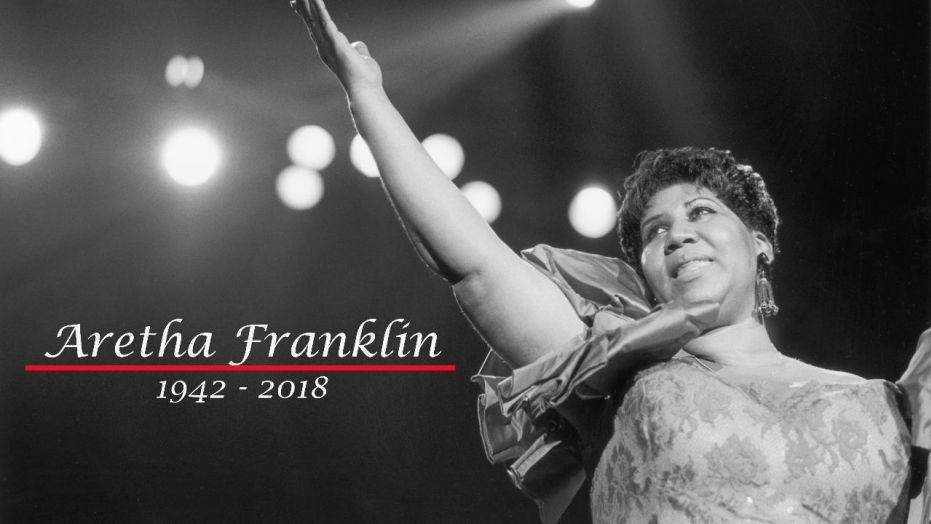 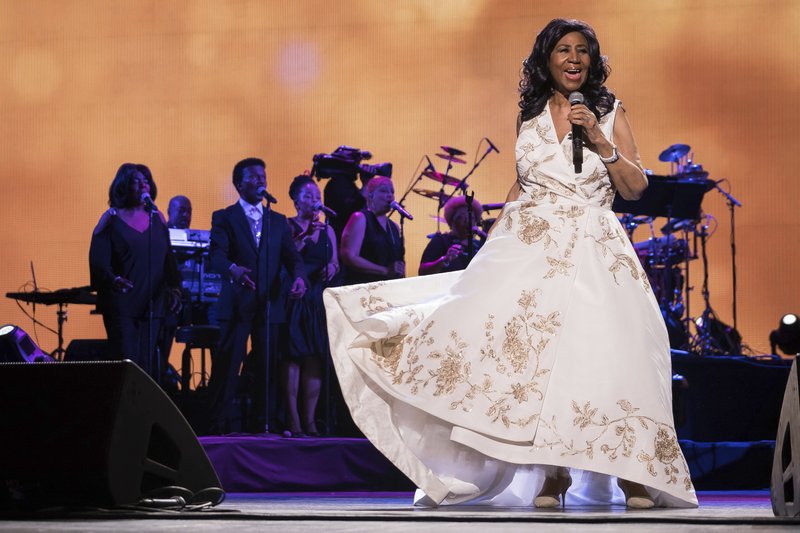 1 of 5
FILE- In this April 19, 2017, file photo, Aretha Franklin performs at the world premiere of “Clive Davis: The Soundtrack of Our Lives” during the 2017 Tribeca Film Festival in New York. Franklin is still getting R.E.S.P.E.C.T. after death: The Queen of Soul received the Pulitzer Prize Special Citation honor Monday, April 15, 2019, becoming the first individual woman to earn a special citation prize since the honor was first awarded in 1930. Franklin, 76, died at her home in Detroit on Aug. 16, 2018. (Photo by Charles Sykes/Invision/AP, File)

NEW YORK (AP) — Aretha Franklin is still getting R-E-S-P-E-C-T after death: The Queen of Soul received the Pulitzer Prize Special Citation honor Monday, becoming the first individual woman to earn a special citation prize since the honor was first awarded in 1930.

The Pulitzer board said the award was given to Franklin for “her indelible contribution to American music and culture for more than five decades.”

Franklin died on Aug. 16 at her home in Detroit from pancreatic cancer at age 76.

The superstar musician was the first woman inducted into the Rock and Roll Hall of Fame when she entered the prestigious organization in 1987.

Before Monday, only 41 special citation prizes had been awarded since 1930, and winners have ranged from individual people to organizations and groups, including the New York Times, writers E.B. White, Alex Haley and Kenneth Roberts, and Columbia University and its Graduate School of Journalism. Franklin and the Capital Gazette newspaper received special citation honors this year. 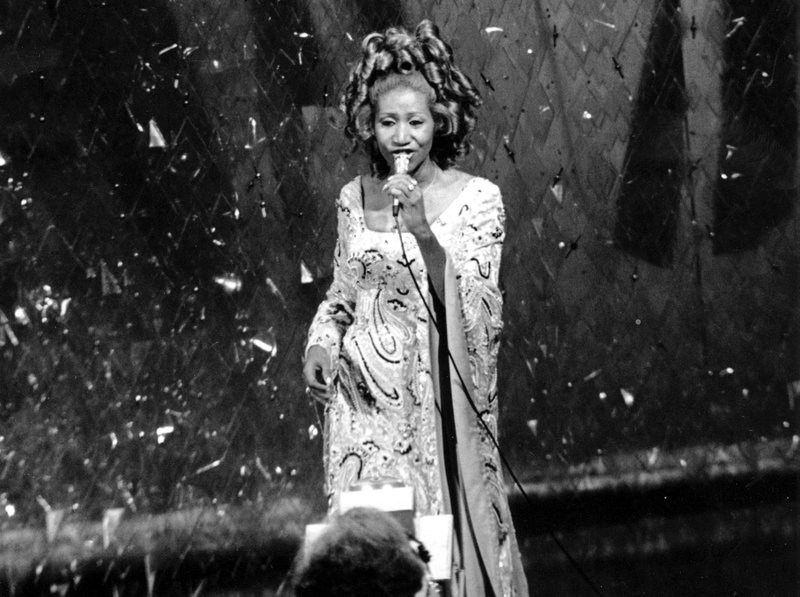 “Aretha is blessed and highly favored even in death. She’s continued to receive multiple awards — she’s received almost every award imaginable and now to get the Pulitzer Prize, it’s just amazing,” Sabrina Owens, Franklin’s niece and the executor of her estate, said in an interview with The Associated Press on Monday. “Aretha continues to bless us with her music and just paving the way for women going forward. It’s thrilling. She would be so happy right now.”

When Owens heard the news that Franklin won a Pulitzer, she and the family were “surprised but in another way we were not because that’s just the kind of person Aretha was.”

“She was just very gifted and talented, and the world is still recognizing that,” she said.

Franklin’s inclusion into the exclusive club re-confirms the impact her music — and voice — had and continues to have on the world. She became a cultural icon and genius of American song, considered by many to be the greatest popular vocalist of her time. Her voice transcended age, category and her own life.

Franklin was professional singer and accomplished pianist by her late teens and a superstar by her mid-20s. Raised in Detroit, she recorded hundreds of tracks and had dozens of hits over the span of a half century, including 20 that reached No. 1 on the R&B charts.

But her reputation was defined by an extraordinary run of Top 10 smashes in the late 1960s, from the morning-after bliss of ”(You Make Me Feel Like) A Natural Woman,” to the wised-up “Chain of Fools” to her unstoppable call for “Respect,” transforming Otis Redding’s song into a classic worldwide anthem — especially for the feminist and civil rights movements — making it one of the most recognizable and heard songs of all-time.

She sold millions of albums and won countless awards, including 18 Grammys, the National Medal of Arts and the Presidential Medal of Freedom, the nation’s highest civilian honor.

She performed at the inaugurations of Presidents Barack Obama, Bill Clinton and Jimmy Carter, and even sang at the funeral for civil rights pioneer Rosa Parks and at the dedication of Martin Luther King Jr’s memorial. 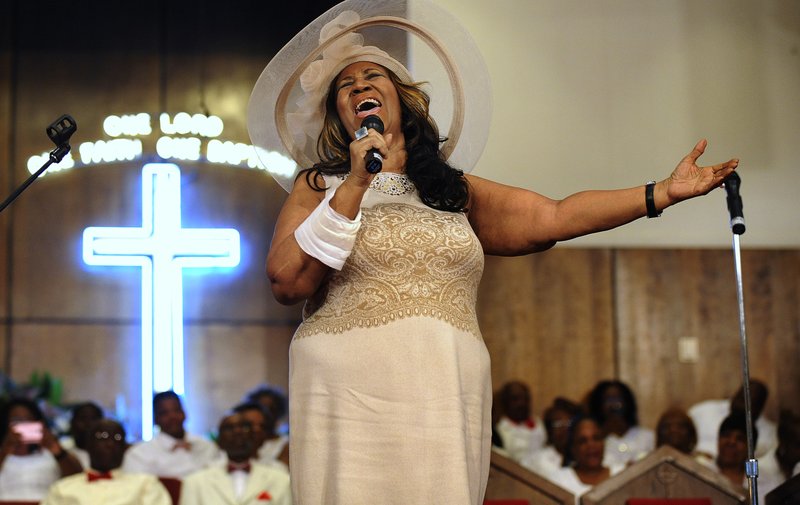 Rolling Stone ranked Franklin No.1 on its list of the Top 100 singers and she was also named one of the 20 most important entertainers of the 20th century by Time magazine, which celebrated her “mezzo-soprano, the gospel growls, the throaty howls, the girlish vocal tickles, the swoops, the dives, the blue-sky high notes, the blue-sea low notes. Female vocalists don’t get the credit as innovators that male instrumentalists do. They should. Franklin has mastered her instrument as surely as John Coltrane mastered his sax.”

Franklin was born in Memphis, Tennessee, though her family moved to Buffalo, New York, and then settled in Detroit. She grew up singing in the church alongside her father Rev. C.L. Franklin, a prominent Baptist minister who recorded dozens of albums of sermons and music. She joined him on tour and she released a gospel album in 1956. Four years later, she signed with Columbia Records and when her contract ran out in 1966, she joined Atlantic Records.

That’s when she blazed the pop and R&B charts with a string of hits, including “Respect,” ″I Say a Little Prayer,” ″Think,” ″Chain of Fools,” ″Day Dreaming,” ″(Sweet Sweet Baby) Since You’ve Been Gone,” ″Rock Steady” and “Until You Come Back to Me (That’s What I’m Gonna Do).”

Her Grammy-winning album, “Amazing Grace,” is one of the seminal albums in not only Franklin’s discography, but the canon of American pop music. It is the basis for the recently released concert film “Amazing Grace,” filmed over two sessions in January 1972 at the New Temple Missionary Baptist Church in the Watts section of Los Angeles.