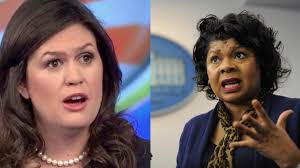 In May 2017, following the turbulent firing of FBI Director James Comey, Sanders told reporters that “countless” FBI agents had lost confidence in Comey despite one reporter’s assertion that the “vast majority” of them supported his leadership. According to Special Counsel Robert Mueller’s office, Sanders told investigators her claim was a “slip of the tongue” and was “in the heat of the moment,” admitting that it was not founded on anything. 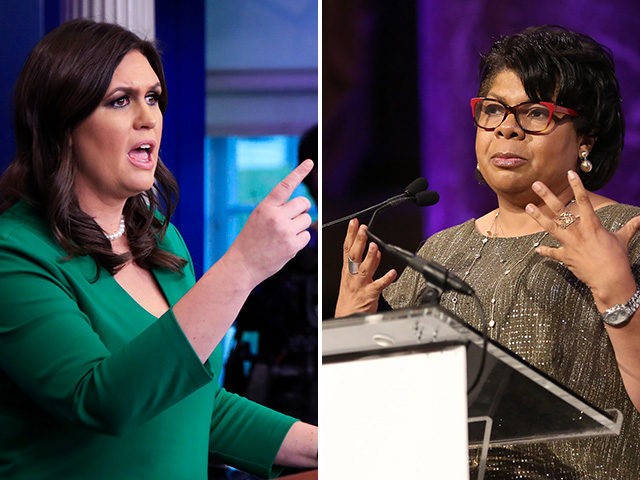 Ryan, who is also a White House reporter for the American Urban Radio Networks, blasted the press secretary on Thursday night for “lying” to the American people. 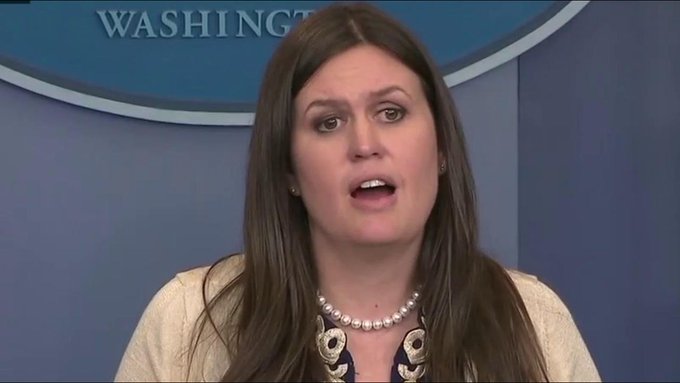 “Not only does she not have credibility, she lied. She out and out lied…the American people can’t trust her,” says @AprilDRyan of Press Sec. Sarah Sanders.
“She should be let go. She should be fired, end of story…it’s fire me Thursday or fire me Good Friday. She needs to go.”

“Not only does she not have any credibility left, she lied,” Ryan told CNN anchor Erin Burnett. “She outright lied and the people, the American people can’t trust her. They can’t trust what’s said from the president’s mouthpiece, spokesperson, from the people’s house. Therefore, she should be let go. She should be fired. End of story. When there is a lack of credibility there, you have to start and start lopping the heads off. It’s ‘Fire Me Thursday’ or ‘Fire Me Good Friday,’ she needs to go.”

The CNN pundit suggested that since President Trump “won’t take the fall” that Sanders might instead.

“Sarah plays a dangerous game in that room… The game is dangerous because she is lying to the American public,” Ryan continued. “Then, on top of all that, she says the press is fake when she’s faking reports from the people’s house. She’s calling us fake? We’ve had colleagues who’ve had to move from their houses because of threats. I have to have security because of being called ‘fake’ and a ‘loser’ and all sorts of things from that White House. It’s time for her to go.”

Sanders appeared on “Hannity” on Thursday night and reiterated that she shouldn’t have used the word “countless,” but insisted it was “not untrue” that “a number of current and former FBI agents agreed with the president” about Comey, whom she called a “disgraced leaker.”

“All in the Family” and “The Jeffersons” are coming back to TV, LIVE and for one night only!