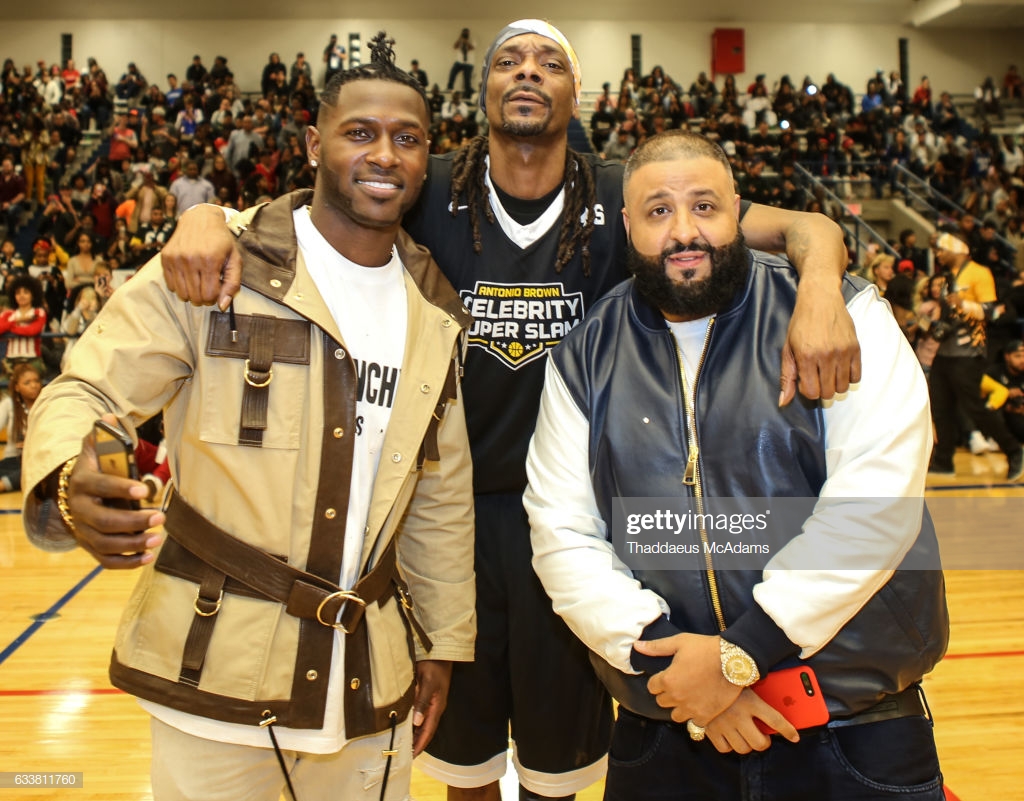 Antonio Brown may not be able to sign with an NFL team now that it will be Week 10 of the 2019 season by this weekend. But that’s not stopping him from enjoying the good life as he was recently seen hanging with music producer DJ Khaled. Brown posted a short video of the two hanging together and in the caption, he wrote: “Bless up.”

That led to a number of fans commenting on the video. One fan said, “Man this is cool and all… But I need that Brady/AB connection out there on that field! Let’s go! Pay off ole girl or whatever you gotta do…” Another fan said, “Khaled a clown now, so this is obvious two.” And this fan wrote, “Ayo @ab tell @djkhaled to hit up Robert Kraft and tell him to bring you back. I know he got his number cuz all he does is Win.”

More fans commented on the video with this fan writing, “The expression of a man that misses the game… life will humble you one way or the other.” Another fan wrote, “Are u coming back or what ??? Please let me know I have u on my bench for fantasy … save my season!!!”

Again, it’s unclear if Brown will return to the NFL this year with it being so late. But he still wants to return and teams have shown interest in him. It was recently reported the Seattle Seahawks were looking to sign Brown before the claimed Josh Gordon off waivers.0COMMENTS

Brown has only played in one game this season and that was when he was a member of the New England Patriots. In the Week Two game against the Miami Dolphins, Brown recorded four receptions for 56 yards and one touchdown to help the Pats take down the Miami Dolphins 43-0. However, Brown was cut from the team the following week due to sexual assault and sexual misconduct allegations. Before signing with the Patriots, Brown was a member of the Oakland Raiders but was cut from the team before the start of the season due to misconduct against the organization.

Brown was a member of the Pittsburgh Steelers from 2010-2018. During that span, Brown was named to the Pro Bowl seven times and he was selected to the All-Pro First Team four times.