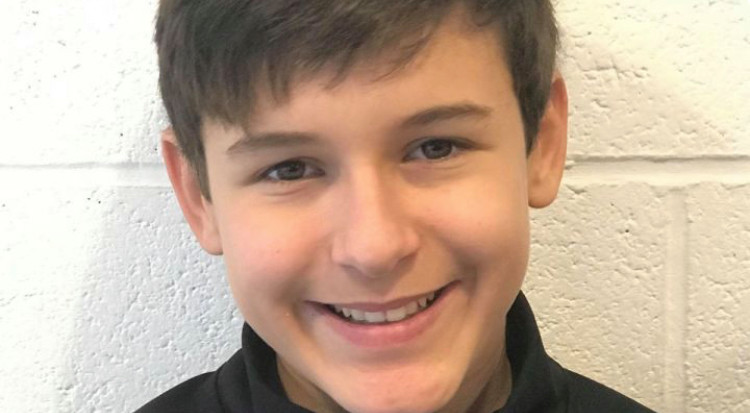 A “WONDERFUL” teenager took his own life by plunging from a stairwell at his school after a heartbreaking phonecall to a friend. George Brankov had been chatting to his...
by Zach Freeman February 28, 2020 144 Views

A “WONDERFUL” teenager took his own life by plunging from a stairwell at his school after a heartbreaking phonecall to a friend.

George Brankov had been chatting to his friend on the phone moments before the tragedy at UTC Media City College in Salford.

George told his pal he was “concerned about a group of friends” as he walked up the stairs.

Police coroner’s officer Julieann Hyde told the court: “He felt they were pulling away from him. He seemed to take it very personally.”

She said the 15-year-old appeared “isolated” and told his friend the “only people who claim to love me are my mom, dad, girlfriend and you”.

Ms Hyde added: “He told his friend he was going to do something but his friend thought he wasn’t being serious.”

His friend tried to reassure George on the phone but George then put his mobile on the floor and jumped from the banister.

A coroner recorded that George died of suicide.

Teachers had said that earlier in the day George seemed distracted and was using his mobile phone in the classroom.

He did not turn up for his final lesson of the day and an email was sent to members of staff about his absence.

The court also heard evidence from a receptionist at the college who said she was sat at her desk when she heard an “almighty crash”.

She called for an ambulance, while the students were called out of class and away from the scene.

EVERY 90 minutes in the UK a life is lost to suicide.

If you, or anyone you know, needs help dealing with mental health problems, the following organisations provide support:

George was rushed to Royal Manchester Children’s Hospital in a critical condition but he later died.

His mom Tania Brankov, an office manager, told the court she got a phone call from George’s girlfriend to say he had been round in the morning to drop off a box of chocolates and to walk her to her school.

She added: “A couple of weeks before it happened, he mentioned to his dad that he didn’t feel himself.”

The inquest heard he had lost his appetite, didn’t sleep very well and had “lost interest” in his sports hobbies.

He told mental health practitioners that he was “lacking motivation” and was tired.

And in May last year, before a GP, he spoke to his parents about having thoughts of suicide and that he was stockpiling painkiller.

The day before his death on Sunday, June 2, the family went out for a meal.

He said he didn’t fancy doing any revision for his exams so his mum suggested they “go home and chill”.

Coroner Stephen Teasdale said: “He was always a polite, keen and considerate young man. He was athletic, he loved skiing and tennis”, he said.

“He was sociable and loved his friends but in a way this became a ‘weakness’ as it was his ‘perception that he was losing his social circle’.

Addressing George’s mother, he said: “He was a charming young man, and you received a phone call no parent should have to receive.