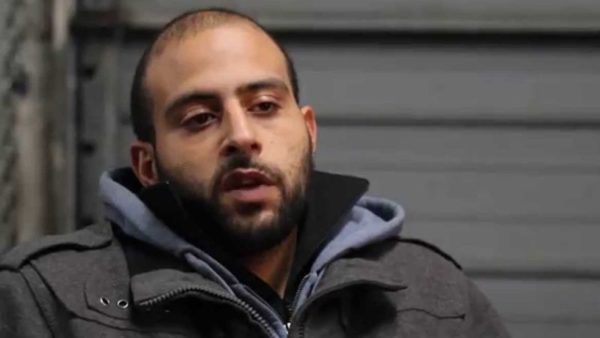 The St. Louis Post-Dispatch reported that Masri, 31, was found unresponsive on a bus in Bridegton where a fellow passenger attempted CPR. The activist later died at the hospital from what preliminary reports indicate was a massive heart attack. Authorities say Masri’s official cause of death is still pending.

“In his short life, he did as much — if not more — to unite the fight for Black liberation and Palestinian liberation,” Masri’s cousin, Faizan Syed wrote on Facebook. “May Allah accept his sacrifices for justice and overlook his flaws and mistakes.”

The Palestinian-American activist is the latest activist from Ferguson to die in recent years and follows a string of mysterious fatalities involving people who were actively involved in uprisings sparked by the police shooting of Michael Brown in 2014. That same year, Masri was one of five protesters arrested during fiery demonstrations that shut down the streets of Ferguson.

Before the rise of Periscope or Facebook Live, Masri was a livestreamer who broadcast the protests online for the entire world to see as a way of sticking it to the mainstream media, who he argued couldn’t be trusted to accurately to report on the tense situation.

According to the Post-Dispatch, Masri had recently announced plans to run for state representative. “They lynched my baby,” McKinnies wrote in a now-deleted Facebook post, which featured graphic photos of her son’s lifeless body. “I’m sick and losing my mind, but I had to let the world know what they did to my baby!”

In just the last few years, three other prominent voices in the Ferguson movement have also been discovered dead. Edward Crawford, the 27-year-old pictured in a Pulitzer Prize-winning photo throwing a lit teargas canister back at Ferguson police, was found deceased in the back seat of a car in 2017. Police said he had a self-inflicted gun wound to the head. Authorities discovered the remains of Darren Seals a year prior in his burned-out vehicle and said the body had at least one gunshot wound.

Meanwhile, Shawn Gray’s body was found in a local river weeks after his family reported him missing. Gray, 23, was rumored to have been a witness to the grand jury in the Brown case.

“Another Ferguson comrade died,” one man wrote. “Bassem Masri. One of the bravest, craziest, most honorable men I’ve ever known. We’re all missing you, Bass. From Ferguson To Palestine. C.I.P. Bassem. May your ancestors cradle you. #Ferguson #Palestine”

“Livestreamer, photographer, activist, and all-around good good man, @bassem_masri, has reportedly died of a heart attack,” another lamented. His commitment to justice,from the Ferguson uprising to the streets of Palestine, was unwavering.”

Funeral services for Masri were held Wednesday afternoon at the Dar-Al-Jalal Islamic Center.