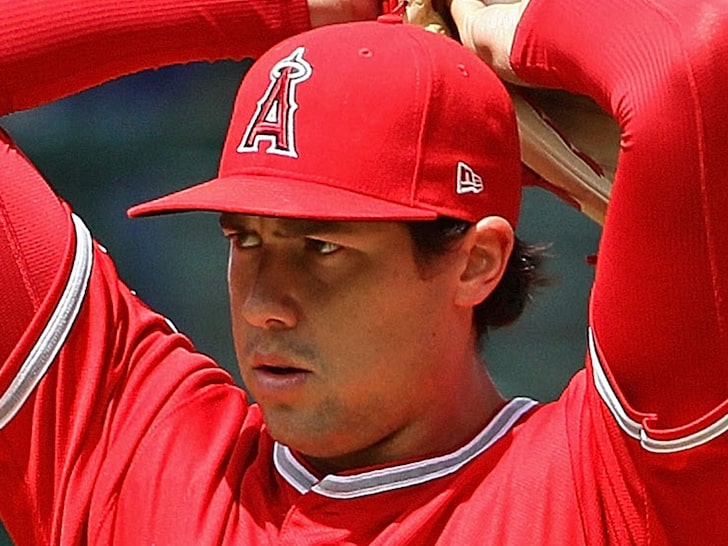 Tyler Skaggs‘ death may have been tied to an Angels staffer who allegedly told authorities he’d supplied the late pitcher with drugs … this according to a new report.

ESPN put out the bombshell story Saturday, claiming to have spoken with sources who say that Eric Kay — the Angels’ director of communications — confessed to DEA agents investigating Skaggs’ death that he’d hooked him up with oxycodone for years.

On top of that, ESPN says their sources allege Kay also told the DEA that he’d given the pitcher oxy at least a day or two before the team left for Texas on a road trip.

Per the report … Skaggs allegedly asked Kay for another installment of oxy on the actual day the team left, but Kay was unable to supply it. This is potentially huge, as Kay also allegedly told DEA agents that Skaggs snorted 3 lines in front of him shortly before his death.

While at his hotel in Southlake, TX … Kay allegedly told DEA agents that Skaggs had invited him over, and offered him to partake. Kay allegedly denied, however, and reportedly told the DEA he witnessed Skaggs inhale 3 lines … 2 he allegedly recognized as possible oxycodone, and a third line consisting of a substance he did not recognize.

Skaggs was found dead in his hotel room hours later, having choked on his own vomit … with a cocktail of substances found in his system, including fentanyl and alcohol.

There’s more … per ESPN, Kay also told DEA agents that he believed at least five other players were also using opiates, and that at least 2 team officials had been notified of Skaggs’ drug use well before his death … first mentioning it back in 2017, apparently.

DEA agents also reportedly found several Venmo transactions between Skaggs and Kay, ranging from $150 to $600 over the course of 2 years.

A rep for the Angels denied knowledge of any of that, saying in part … “We are shocked to hear these reports. … We had no prior knowledge of Tyler or any other member of the Angels organization having abused opioids or any narcotic and continue to work with law enforcement to get answers.”

Skaggs’ family also issued a statement, saying they were appreciative of the work of law enforcement, and were awaiting the final results of the investigation.

Kay is said to have been placed on paid leave, and is also reportedly in outpatient treatment himself for substance abuse.SKAGGS ON THE MOUNDLAUNCH GALLERYGetty