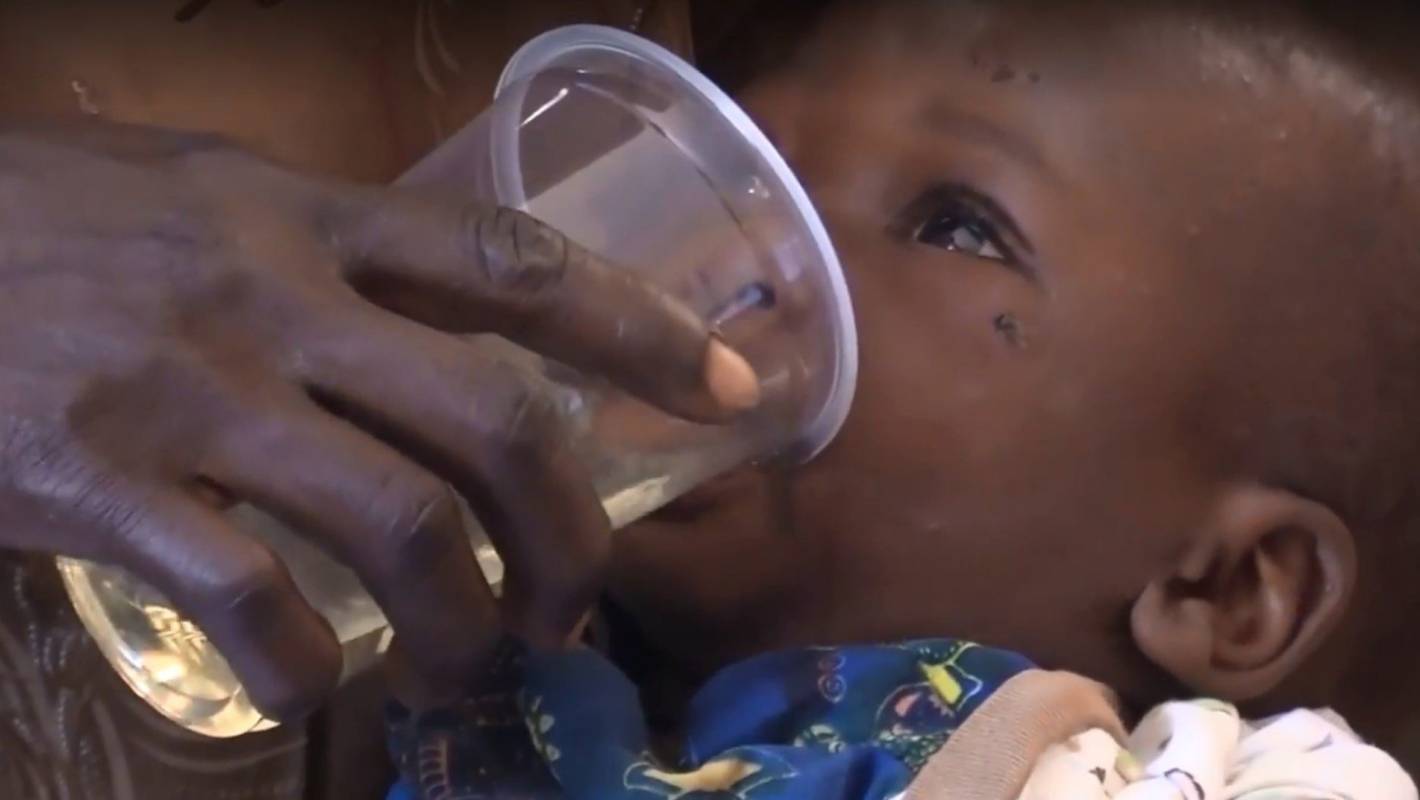 An American Pastor Allegedly Gave “Miracle Water” To 50,000 Ugandans And It Was Bleach!

An American pastor has been accused of distributing a poisonous “miracle drink” to thousands of Ugandans, including infants, according to a report by the Guardian. Robert Baldwin — founder of...
by Raquel Jayson May 22, 2019 428 Views

An American pastor has been accused of distributing a poisonous “miracle drink” to thousands of Ugandans, including infants, according to a report by the Guardian.

Robert Baldwin — founder of a Christian nonprofit based in New Jersey — was providing a bogus “miracle cure” to almost 50,000 Ugandans, according to the outlet’s original reporting. In conjunction with Sam Little, a supposed British clairvoyant, Baldwin was promoting the substance as a cure for many diseases, including cancer, malaria and HIV/AIDS.

The cure? Known as “miracle mineral solution,” or MMS, the substance consists of sodium chlorite and citric acid, which combine to create chlorine dioxide, an industrial bleach. The U.S. Embassy in Kampala on Monday condemned the distribution of the substance.

In an interview with NJ Advance Media, Baldwin denied distributing the “cure” and said he had to shut down his operations because of the hate coming his way.

The pastor, who does not appear to be affiliated with a church, disabled his social media accounts and his website, Global Healing Christian Missions. He could not be reached by The Washington Post.

Baldwin, who is not a medical practitioner, trained roughly 1,200 Ugandan clerics to administer the “miracle cure,” and they then gave the concoction to members of their congregations, the Guardian wrote. The news organization also contends that the drink was given to infants as young as 14 months old.

“America and Europe have much stricter laws so you are not as free to treat people because it is so controlled by the FDA. That’s why I work in developing countries,” Baldwin said, according to the Guardian.

The U.S. Food and Drug Administration issued a public warning against MMS in 2010, when the promotion of the purported health benefits of the drink were spreading in the United States. The FDA urged people who had MMS to “stop using it immediately and throw it away.”

Reports of health injuries after the use of the product included severe nausea, vomiting and life-threatening low blood pressure from dehydration, according to the FDA’s warning. MMS has been banned in Canada and Ireland.

Baldwin acknowledged he did not want to draw attention to his use of MMS, according to the Guardian. “You have to do it low key. That’s why I set it up through the church,” he said.

At least one expert in Christian missions said organizations such as Baldwin’s should not be confused with legitimate outreach.

“This is not missionary work,” said Jonathan Bonk, director of the Dictionary of African Christian Biography. Bonk, who grew up in Ethiopia, is a research professor of mission at Boston University. He said roughly 85 percent of Ugandans are Christian, many of them devout.

Operations like Baldwin’s often promote themselves as missionary work because it plays better to American supporters, Bonk said. “America has a long tradition of believing they have a lot to offer the world,” he said. “It gives it a kind of legitimacy. They can show pictures of fairly extreme situations to register potential donors.”

But Bonk warns that most of these organizations, like Baldwin’s, are bogus.

“These are really, really poor people who are sick, and they believe they’re going to get better,” Bonk said. “Where people are desperate for medical care, they place their faith in miracles.”

Stephen Barrett, a retired psychologist, has operated a website tracking health-related fraud since 1997. He wrote about the dangerous effects of MMS in 2016.

“The world isn’t well equipped to handle people who insist on selling worthless products,” Barrett said. He said consumer protections against harmful health products should be prioritized and that the FDA should take proactive action against people who promote them.

“It’s up to the Ugandan government to stop it now,” Barrett said.

In a tweet published Monday, the U.S. Embassy in Uganda said it was aware of an American pastor providing MMS to churches in Uganda.

“We strongly condemn the distribution of this substance, which is extremely dangerous and is NOT a cure for any disease,” the tweet read.

The U.S. Mission is aware of reports that an American pastor based remotely is distributing a substance called “Miracle Mineral Solution” to churches in Uganda. We strongly condemn the distribution of this substance, which is extremely dangerous and is NOT a cure for any disease.

186 people are talking about this

Fiona O’Leary, who has been campaigning against illegitimate medicine and MMS for six years, said Baldwin and others show up in Uganda with “the Bible in one hand and bleach in the other.”

O’Leary, who recorded a phone conversation with Baldwin that was excerpted in the Guardian article, said she wants him prosecuted. “They go to third-world countries because they know they can get away with it,” she said.

Bonk says wanting to believe in miracle cures is not unique to one country or one group of people. “As humans, we are a gullible species,” he said.