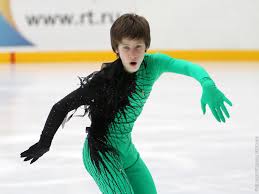 Chen, the US national champion, reeled off four quads including a spectacular opening quad Lutz-triple toe opening combination and a quad-double-double cascade in the second half of the free skate Saturday. Hanyu did three quads, but won the free skate segment with a six-point advantage on components.

However, Chen was far ahead after Friday’s short program and 2014 Olympic gold medalist Hanyu’s win in the free skate wasn’t enough to knock him out of first place.

“The beginning half of my program, I was really happy with. The quads I did relatively well … then in the second half I got a bit tired,” Chen said.

Hanyu said he needs to get more rotation on his jumps.

“I realize again how important it is to practice more, and in skating each element is so important and I just need to perform each element cleanly,” the Japanese skater said.