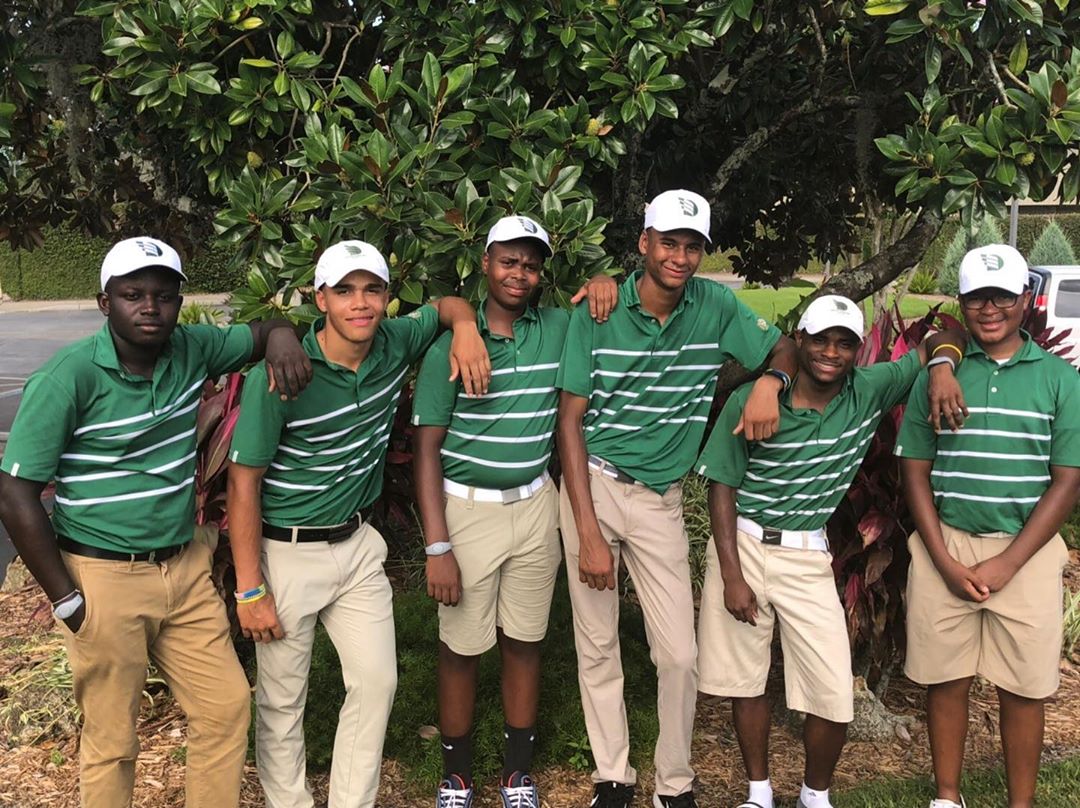 The vgarsity boys golf team at Charles R. Drew Public Charter School in Georgia has plenty to celebrate these days after becoming the first Atlanta Public School team to win a...
by Joy Smith August 15, 2019 334 Views

The vgarsity boys golf team at Charles R. Drew Public Charter School in Georgia has plenty to celebrate these days after becoming the first Atlanta Public School team to win a state championship in golf.

In late May the team, composed solely of Black players and an all-Black coaching staff, also made history the process, becoming the first predominately African-American team to snag such a win in the state of Georgia, Because of Them We Can reported.

The young men triumphed over the two-time defending state champions Gordon Lee by more than 15 strokes, a far cry from coming in fourth place in 2018.

“We’re making history,” high school senior and team member Anthony Ford told the outlet. “We’ve got even bigger stakes [on] us now, after going to the national championship. Being the only Black team there, it just means a lot. We’ve got a lot of people rooting for us.”

The team was lead to victory by beloved coach and former professional golfer Nyre Williams, who also serves as director of The First Tee of East Lake Foundation. Via the youth development program, Nyre mentors and teaches youth how to golf.

But the former golfer says his program spans far beyond the putting green.

“We also encourage life goals and healthy habits,” Williams told Blavity in a recent interview. To be honest, our goal is not to breed professional golfers. However, when they work with us, the option to play golf is there.”

All of the players on the charter school’s golf team are members of the First Tee, which focuses on changing the lives of young people through “educational programs that build character, instill life-enhancing values and promote healthy choices through the game of golf.” The teams success both on and off the golf course has afforded the players countless opportunities, including scholarships to prestigious institutions in Atlanta, and access to competitive golfing academies.

When asked about his favorite part of mentoring young Black men through the game of golf, he replied: “The biggest highlight would be the capacity to teach these men things they wouldn’t have an opportunity to learn outside of the game. This platform has allowed them to recognize their worth and aspire to goals they wouldn’t have otherwise thought of accomplishing.”

Last month, the group stopped by the Georgia State Capitol, where Republican Gov. Brian Kemp congratulated them on their historic win.