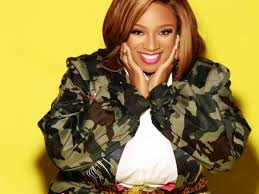 After The Calm Comes The Sheard

What In The Sheard Is Going On? It has been 5 years since Gospel sensation, Kierra Sheard has released a new album. What has she been doing? Sis has...
by Jasmin Williams September 12, 2019 428 Views

What In The Sheard Is Going On?

It has been 5 years since Gospel sensation, Kierra Sheard has released a new album. What has she been doing? Sis has been securing her bag, changing lives, and living her best life!

Kierra Sheard, daughter of Bishop J. Drew Sheard and Karen Clark- Sheard is in a league of her own. She has had a thriving singer career for over 2 decades. Over the past 5 years, she has had major accomplishments. From singing for President Barack Obama to landing a role playing her mother in the upcoming LifeTime film, “The Clark Sisters: First Ladies of Gospel” which airs in January 2020.

Sis Has Been Busy:

Kierra is also an entrepreneur.  She is the owner of Eleven60, a clothing line designed with the curvy woman in mind. Her clothing can be purchased at www.eleven60.com or at www.macys.com. Yes, Sis secured that bag as well.

Kierra and her brother, J. Drew are the CEOs of Karew Entertainment – a full -fledged entertainment company including film, music, fashion, and more.

Sheard was also recently a guest Host on Get Up Erica.

Sis Is Making An Impact:

Sheard started Sister Mentorship program; a digitial mentorship program with women from all over the country. Kierra takes time to pour into each lady 1 on 1, as well during group calls. She teaches her mentees how to grow in God, self-love, mental health, budgeting, relationships, and other topics that girls love to talk about.

Sis Has Been Making Her Dreams A Reality:

Her new single, “Don’t Judge Me” ft. Missy Elliott is available on all music platforms.

Recently, Sheard was featured on some awesome projects:

Showing Off with Sir The Baptist, Krystal Lee, Donald Lawrence, and NotKarlton Banks

I Got You (Always and Forever) – Chance The Rapper, EnVogue, and Ari Lennox

Recently, she had the opportunity to participate in a tribute to singer, Brandy during the BMI Trailblazer event. She performed a smooth medley of Have You Ever and He Is.

It Has been 5 years since new music has been released.

On September 13th, Kierra Sheard will have a live recording in Detroit at Greater Emmanuel Institutional COGIC. This event is one that cannot be missed! Guests include Tasha Cobbs- Leonard, Leandria Johnson, and Todd Dulaney. Word on the street is, Sheard is prayed up and ready to bring the heat.