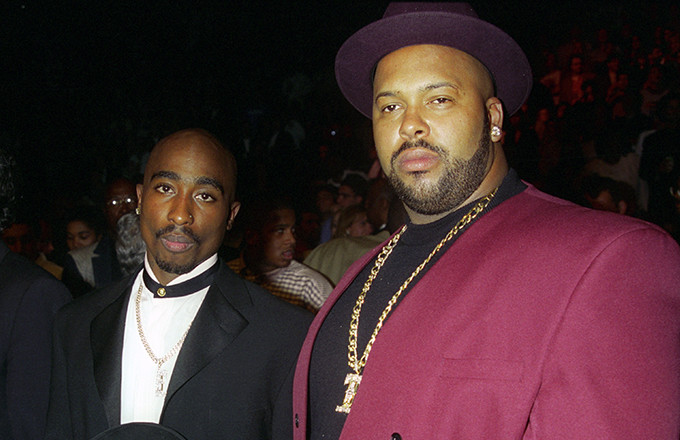 Originator of this info being released: https://www.dailymail.co.uk/news/article-7287303/Former-cocaine-kingpin-helped-label-Death-Row-Records-set-released-prison.html After 31 Years Suge Knight Is Set To Be Released From Prison This Month And Sent To A Halfway House In Texas where...
by Raquel Jayson August 13, 2019 12222 Views

Originator of this info being released: https://www.dailymail.co.uk/news/article-7287303/Former-cocaine-kingpin-helped-label-Death-Row-Records-set-released-prison.html

After 31 Years Suge Knight Is Set To Be Released From Prison This Month And Sent To A Halfway House In Texas where his daughter lives.

The story of Snoop Dogg and Suge Knight is one of hip-hop’s essential tales.

Death Row Records is one of the most iconic record labels in music history. Without it, the entire landscape of the game as we know it might look entirely different. Boasting a repertoire that includes the likes of Dr. Dre’s The Chronic, Snoop Dogg’s Doggystyle, 2Pac’s All Eyez On Me, Snoop Dogg’s Tha Doggfather, Tha Dogg Pound’s Dogg Food, The Lady Of Rage’s Necessary Roughness, and more, Tha Row’s musical pedigree and boundary-pushing sound remain relevant to this day. Standing behind the curtain is the one called Suge Knight.Formidable in both stature and business savvy, Suge’s reputation has retained a legendary quality. A boogeyman of sorts, cigar-toting in a nigh-cartoonish display of villainy. Associated with no shortage of controversy, often embroiled in violence. Yet in a perverse way, such tendencies were what made Death Row so special. The industry was a different place in the early nineties. Many young rappers came directly from the streets to share their stories; the concept of “internet fame” may as well have been a flying car. For Snoop Dogg, signing with Death Row marked an opportunity for a Rollin 20’s Long Beach Crip to make some real money.

Though the tale of Snoop Dogg’s rise is one worth telling, its an epic saga in its own right. For the purposes of understanding his history with Suge Knight, there are a few basic facts to consider. For one, Snoop Dogg was Dr. Dre’s protege and worked closely with the producer on a creative level; seeing as Dre is one of music’s most brilliant minds, it’s clear that the pair had a budding musical connection. Far from a creative, Knight kept the business end handled, retaining ownership of the label’s spoils and doling out rewards as he saw fit – at least, that’s how Snoop described it during a 2018 interview with VladTV. So while Dre and Snoop were cooking up classic records watching their respective stars rise at a meteoric rate, Suge was gaining in both musical equity and net worth.

At the height of his post-Doggystyle fame, Snoop found himself wrapped up in a widely-publicized murder trial. A Washington Post article from 1996 reports on the day he was acquited – should he have been found guilty, Snoop would have been put away for eleven years “For the last few months, I’ve been trying to figure out if I’d be able to raise my son, you know what I’m saying?” he told reporters, upon his acquittal. At this point, Dr. Dre was already feeling dissent, put off by Suge’s increasingly violent ways – he left without having contributed production work on Snoop’s sophomore effort Tha Doggfather. Yet like Dre, Snoop was also growing tired of Tha Row’s violent content. As he explained to VH1 in 2011, “Tha Doggfather was a rebirth of me…I’m not gonna glorify none of this negativity that Death Row wanted me to do. I’m gonna bring a positive side of music.”

Doggfather was Snoop’s last album on Death Row. With morale low after the death of 2Pac and departure of Dr. Dre, things went even further south after Suge Knight’s arrest for probation violation, leading to a nine-year prison sentence. Snoop ultimately left Tha Row behind and linked up with Master P’s No Limit Records, a stylistic departure that ultimately led to a pair of the most underrated records of his career. Yet his final parting thoughts toward Suge were far from positive; by this point, Snoop had seemingly come to resent Knight’s philosophies toward ownership, which is to say, everything to him. Juxtaposed against Master P’s contrasting outlook, closer to that of an educator, and No Limit felt like greener pastures indeed.

Suge Jacob Knight is forging his own path.

The 23-year-old son of incarcerated music executive Marion “Suge” Knightleads a new VH1 eight-episode docuseries premiering on Monday night titled Love & Listings, which follows him and a group of young, ambitious real estate agents as they try to make a name for themselves in Los Angeles’ cutthroat housing market.

“I’ve been working really hard for this, and now it’s really paying off,” Suge Jacob tells PEOPLE of the series. “I hope that people get inspired, and I hope that I get my own spotlight.”

During the series, viewers will get to see Suge Jacob speak to his father from prison for the first time in more than three years. Previously, Suge Jacob says there was a communication ban that blocked anyone from speaking with Suge Sr., 54, outside of his lawyers.

In a clip from episode two of the series shared with PEOPLE, Suge Jacob gets some advice from his father after telling him that he is pursuing a career in real estate.
“To sell somebody a house, number one, they got to be comfortable with you,” Suge tells his son over the phone. “They got to be able to trust you.”

“You know how you judge a man’s wealth? By his happiness,” he continues. “So the most important thing about life you got to be happy, no matter what it is. If you’re so tired, you can’t tell the difference if you’re eating a lobster or you’re eating a hot dog. But if you’re going to do real estate, be the best at it. Put your heart into it and give it your all. I’m happy for you.”

While speaking with PEOPLE, Suge Jacob reiterates that his dad is “really proud” of him.

“I’m always writing him a letter every day and keeping them updated,” he says.

Suge Sr., the co-founder and former CEO of Death Row Records, is currently behind bars serving a 28-year prison sentence on manslaughter charges for the January 2015 hit-and-run death of 55-year-old Terry Carter in Compton.

He was arrested that month and sentenced nearly four years later, in October 2018, after agreeing to plead no contest in exchange for a plea deal.

Though Suge Jacob previously said in a 2017 interview with BET.com that Suge Sr. was being mistreated in prison and neglected by law enforcement, he now says his father’s situation is “getting better.”

“Things are getting better and his health is getting better,” he says. “He’s active, he’s actually doing push-ups. We actually have a push-up competition with each other. He always tells me, ‘If I’m happy in here, you should be happy out here.’ So he always keeps my spirits up.”

Growing up with the weight of a name like “Suge Knight” wasn’t always easy for Suge Jacob, but he still sees it as a “blessing.”

“When people see my name, they stop and they take the time to look,” he says. “And I feel like that’s a good thing. That’s a good trait to have. I’m a positive person, so I always use my name for good.”

At the end of the day, Suge Jacob wishes people knew that Suge Sr. “is a great father, a terrific businessman and a really great influencer.”

As to what he has learned from his father and is taking with him in this new chapter, Suge Jacob says, “Taking pride in being yourself and having self-love.”

“Just working hard for anything that you want to do,” he adds. “Because with a name like Suge Knight, everybody’s watching you.”

With a baby girl on the way, Suge Jacob says he plans to honor his father with her name in some way.

15 yr old faces trial after shooting and killing his own mother from attacking his younger brother!