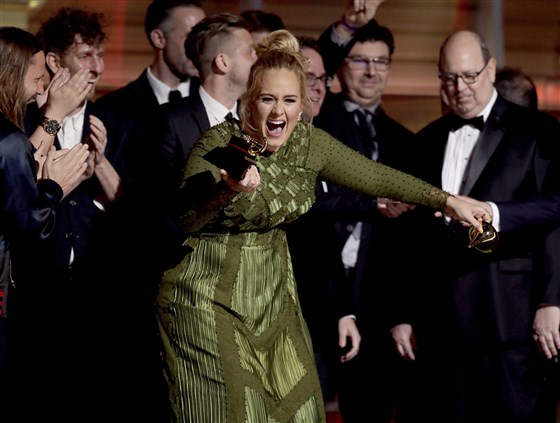 Adele announces she is separated from husband Simon Konecki

Adele and her husband Simon Konecki have split. The Grammy-winning singer’s representative released a statement to the Associated Press on Friday confirming that the couple, who are parents to...
by Raquel Jayson April 20, 2019 571 Views

Adele and her husband Simon Konecki have split. The Grammy-winning singer’s representative released a statement to the Associated Press on Friday confirming that the couple, who are parents to a 6-year-old son, are no longer together.

“Adele and her partner have separated. They are committed to raising their son together lovingly. As always they ask for privacy. There will be no further comment.”

Adele, 30, and Konecki, 45, have been together for more than seven years and share one son, Angelo, born in October 2012. Adele has always been extremely private about her personal life, and fans were not sure she was even married until she thanked her husband in her acceptance speech at the Grammy Awards in February 2017.

While accepting the album of the year award for her record “25,” Adele said, “Grammys, I appreciate it. The Academy, I love you. My manager, my husband and my son — you’re the only reason I do it.”

The “Rumor Has It” singer also confirmed the news she was marriedat a concert in Brisbane, Australia in March 2017.

“As bad as a breakup can be and as bitter and horrible and messy as it can be, that feeling when you first fall for someone is the best feeling on Earth, and I am addicted to that feeling,” Adele said. “Obviously I can’t go through with those feelings because I’m married now … I found my next person.”

Konecki is the co-founder of Life Water, an eco-friendly bottled water brand in the UK and also runs Drop4Drop, an organization that assists countries in need of clean water. Adele and Konecki divided their their time between London and Beverly Hills, California, where she purchased a home in 2016.

The superstar has been open about how much she loves being a mother to Angelo and how it was much harder than she imagined. “It used to be that my own world revolved around me, but now it has to revolve around him,” she said in an interview with i-D magazine, talking about her son with then-boyfriend Konecki.

According to People magazine, Adele was recently spotted partying in New York City at the gay bar, Pieces, with her pal Jennifer Lawrence and also photographed outside a recording studio sans her wedding band last month.

These Two Black Young Girls Were Expelled From Their Private School Because Their Mother Committed Adultery!