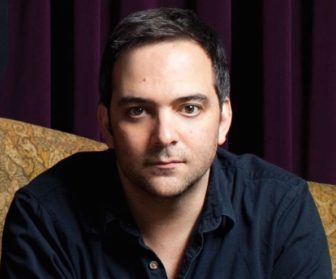 Adam Schlesinger, of ‘Stacy’s Mom’ and ‘That Thing You Do’ fame has died from coronavirus

Adam Schlesinger, co-founder of the New Jersey power-pop group Fountains of Wayne and Emmy- and Grammy-winning songwriter for film, television, and theater, died Wednesday from complications related to COVID-19. He was 52....
by Zach Freeman April 1, 2020 211 Views

Adam Schlesinger, co-founder of the New Jersey power-pop group Fountains of Wayne and Emmy- and Grammy-winning songwriter for film, television, and theater, died Wednesday from complications related to COVID-19. He was 52.

Schelsinger’s lawyer, Josh Grier, confirmed the musician’s death. Schlesinger was hospitalized in March and tested positive for the coronavirus. At the time, he was placed on a ventilator, which left him heavily sedated.

Schlesinger had one of the most unique and busiest careers in pop. With Fountains of Wayne — a group that blended power-pop delight with indie and alt-rock sensibilities — he released five albums between 1996 and 2011. During the same period, he released six albums with his other group, Ivy, all the while building a portfolio of TV and film music. His first hit came in 1996, but it was a song engineered to sound like it was actually from the Sixties: “That Thing You Do.” The track served as the sole hit for the Wonders, the fake band at the center of Tom Hanks’ film That Thing You Do!; in real life, the track charted well and earned Schlesinger an Oscar nomination for Best Original Song. Seven years later, Schlesinger and Fountains of Wayne would notch their own career-defining hit, “Stacy’s Mom.”

In a 2016 interview with Consequence of Sound, Schlesinger spoke about the parallels between his fictional hit and his real life one: “People all of a sudden know you for this one song,” he said. “It just follows you around, and you have to play it over and over again. It comes to define you, but you have to find a way to stay fresh with it and enthusiastic about it. It’s a weird thing. … It’s a happy problem to have, really. Before ‘That Thing You Do,’ I hadn’t written anything that anybody knew. Then I had one thing that people knew, and then a few years on I had a couple other songs that people knew. When you’re just starting out and you want to be a songwriter, you want to be able to mention something that people have heard of.”

“Oh god. Adam Schlesinger was wildly talented,” comedian Kathy Griffin wrote. “He graciously wrote the theme song to my KATHY talk show called ‘I’ll Say It.’ He was so patient with me as I was recording it in the booth, guiding me at every step. He did the gig as a favor, in a little home studio on a Saturday.”

Schlesinger was born October 31st, 1967, and grew up in Manhattan before his family moved to New Jersey. While at Williams College in Massachusetts, he met Chris Collingwood and the pair formed Fountains of Wayne named after a New Jersey lawn ornament store. A demo earned them a deal with Atlantic Records, and in 1996 they released their self-titled debut that earned critical praise and spawned a minor alt-rock hit, “Radiation Vibe.” Their follow-up, 1999’s Utopia Parkway, was also well received by critics, though it ultimately struggled commercially and Atlantic dropped the band.

It would take four years for Fountains of Wayne to release their next album, but 2003’s Welcome Interstate Managers would be the most successful of their career. “Stacy’s Mom” was a ubiquitous power-pop cut reminiscent of the Cars and Rick Springfield, while doubling as a “Mrs. Robinson” update for the American Pie-era. The track peaked at Number 21 on the Billboard Hot 100, while its video — which starred model Rachel Hunter and featured various references to the Cars and the Eighties teen comedy Fast Times at Ridgemont High — earned heavy rotation on MTV.

In a 2003 interview with MTV, Schlesinger explained that the track was inspired by a very particular incident: “One of my best friends, when we were maybe 11 or 12, came to me and announced that he thought my grandmother was hot,” he recalled. “And I said, ‘Hey, you’re stepping over the line,’ but at that point in life, I wouldn’t put it past anyone.”

Fountains of Wayne would release two more albums — 2007’s Traffic and Weather and 2011’s Sky Full of Holes — before disbanding in 2013. For most of his stint in Fountains of Wayne, Schlesinger was also regularly recording and touring with his other group, Ivy, which released six LPs between 1996 and 2011. He also teamed with Smashing Pumpkins’ James Iha, Hanson’s Taylor Hanson, and Cheap Trick’s Bun E. Carlos to form the supergroup Tinted Windows, which released a self-titled LP in 2009.

Schlesinger continued to write extensively for film, television, and theater. He wrote original songs for the 2001 remake of Josie and the Pussycats and the 2007 Drew Barrymore/Hugh Grant rom-com Music and Lyrics; he wrote eight songs for Stephen Colbert’s 2008 Colbert Report holiday special, A Colbert Christmas: The Greatest Gift of All!; he earned a Tony nomination for co-writing the score for the 2008 Broadway musical Cry-Baby, based on the John Waters film of the same name; and he received back-to-back Emmys in 2012 and 2013 for original songs he wrote for the Tonys, “It’s Not Just for Gays Anymore” and “If I Had Time.” Schlesinger also served as a composer and executive music producer for the CW’s hit musical series Crazy Ex-Girlfriend, ultimately earning his third Emmy for the Season Four song, “Anti-Depressants are So Not a Big Deal.”

Tennessee Governor Is Refusing To Put A “Stay Home” Order In Place. He Says No Proof It Helps