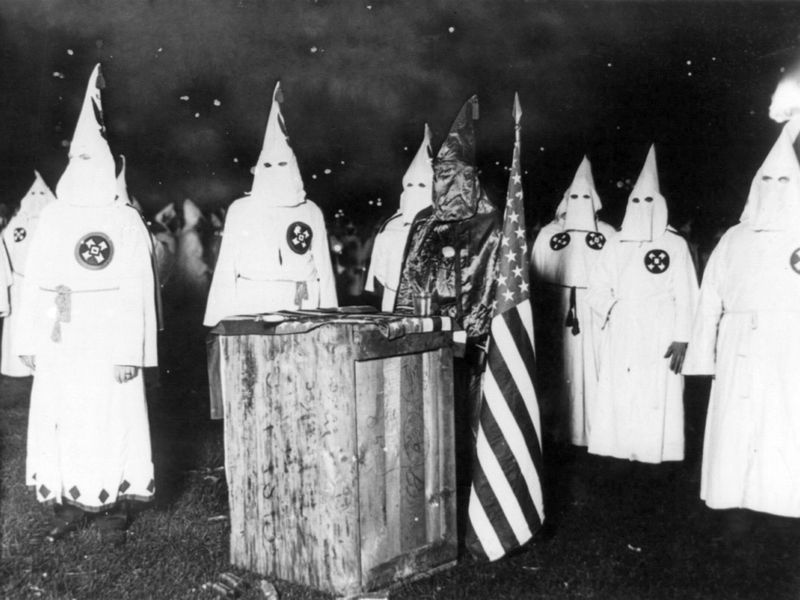 As major hurricanes line up in the warming Atlantic one after another, a social justice tempest continues to swirl here in Richmond. Last night, an international activist group of...
by Joy Smith September 7, 2017 528 Views 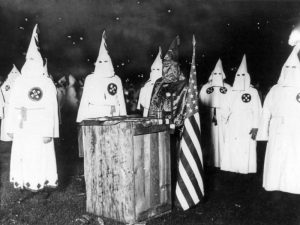 As major hurricanes line up in the warming Atlantic one after another, a social justice tempest continues to swirl here in Richmond.

Last night, an international activist group of artists known as Indecline hung effigies of Ku Klux Klan members in clown masks in Bryan Park, an area that was cordoned off this morning by police, according to the Times-Dispatch.

The story reports that the group issued a news release saying that it chose Richmond because it was the former capital of the Confederacy. And it chose Bryan Park because it’s the site where the slave Gabriel plotted a rebellion in 1800. 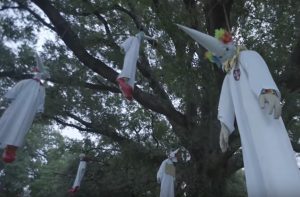 From a critique perspective: The provocative gesture flips the terrorism tactics of hate group the Ku Klux Klan, albeit with an odd note of humor via clown masks which makes it seem like an early Hollywood promotion for Stephen King’s “It,” a horror movie opening Friday in theaters nationwide.

Local online commenters are already calling this exhibit “triggering” and “insensitive” for African-Americans, and frightening for children of all races. Others are applauding its message. Several city leaders condemned the display in an update to the TD story.

You can watch the video posted by the group on its Instagram page for a behind-the-scenes look at this activist art happening as it was in progress.

Regardless of whether you consider this display to be art, or an activist prank, there has been consternation among the left lately, mostly regarding whether direct-action tactics, such as those employed by Antifa, the self-proclaimed anti-fascist group, are good strategies to stop what is widely believed to be a rising tide of hate groups. Others posit art, humor or non-violent engagement as ways to educate bigots — or at least belittle and shame them. 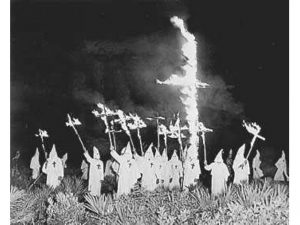 Another school of thought, often voiced in online comments, believes that fringe hate groups would go away or dwindle in number if ignored by media or the public who read and comment on the stories. The clicks garnered, some say, encourage the media to cover the topic more often, while giving small hate groups the attention and forum they crave.

A recent article in the Atlantic suggests that Charlottesville may have been a major turning point for the so-called alt-right. A researcher who has studied it for years tells Ezra Klein:

I believe that chapter of the alt-right story that my book was about—the anonymous online trolling culture, the constant evasions and ironic styles, the hodge-podge of disparate groups united by the “anti-PC” crusade—is over and a new one has begun. The alt-right in the strict sense will now become more isolated, more focused, and unambiguous — and perhaps more militant. But the part of the movement that is willing to go all the way is still very small.

On Sept. 25, author Mark Bray will be reading from his book “The Antifa Handbook” at Babes of Carytown, 3166 W. Cary St.