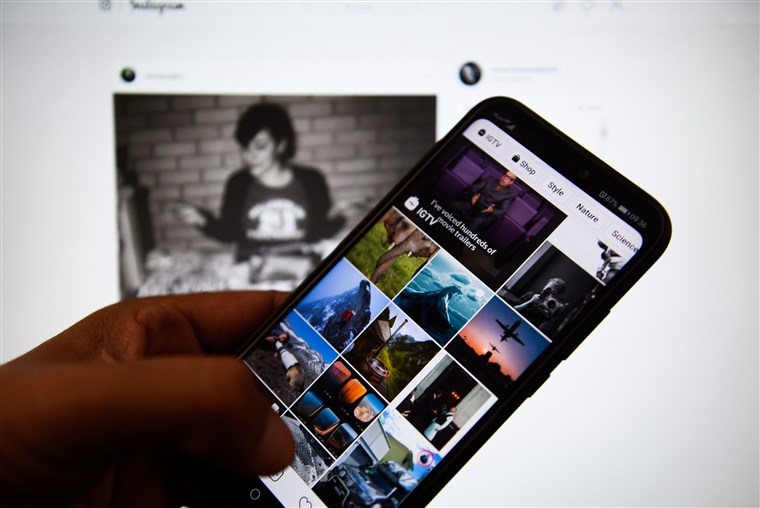 Instagram app displayed on a smartphone.Omar Marques / LightRocket via Getty Images A years-old hoax is making the rounds on Instagram again, claiming the social media company is about...
by Raquel Jayson August 21, 2019 306 Views

A years-old hoax is making the rounds on Instagram again, claiming the social media company is about to change its rules in order to access users’ photos.

Users of the Facebook-owned social network, including celebrities and politicians, have fallen victim to the hoax, which says that images uploaded to Instagram “can be used in court cases in litigation against you.”

“Everything you’ve ever posted becomes public from today,” the hoax message says, “even messages that have been deleted or the photos not allowed.”

Instagram users have been uploading a screenshot of the message to their accounts as a “warning” to fellow users.

The message mentions a “Channel 13 News,” which is not an actual news outlet, and is riddled with grammatical and punctuation errors.

Those sharing the fake message included Secretary of Energy Rick Perry, the actors Julianne Moore, Julia Roberts and Rob Lowe, rapper Waka Flocka Flame and singer Usher. By Wednesday morning, many of those who had posted the hoax had deleted the image. 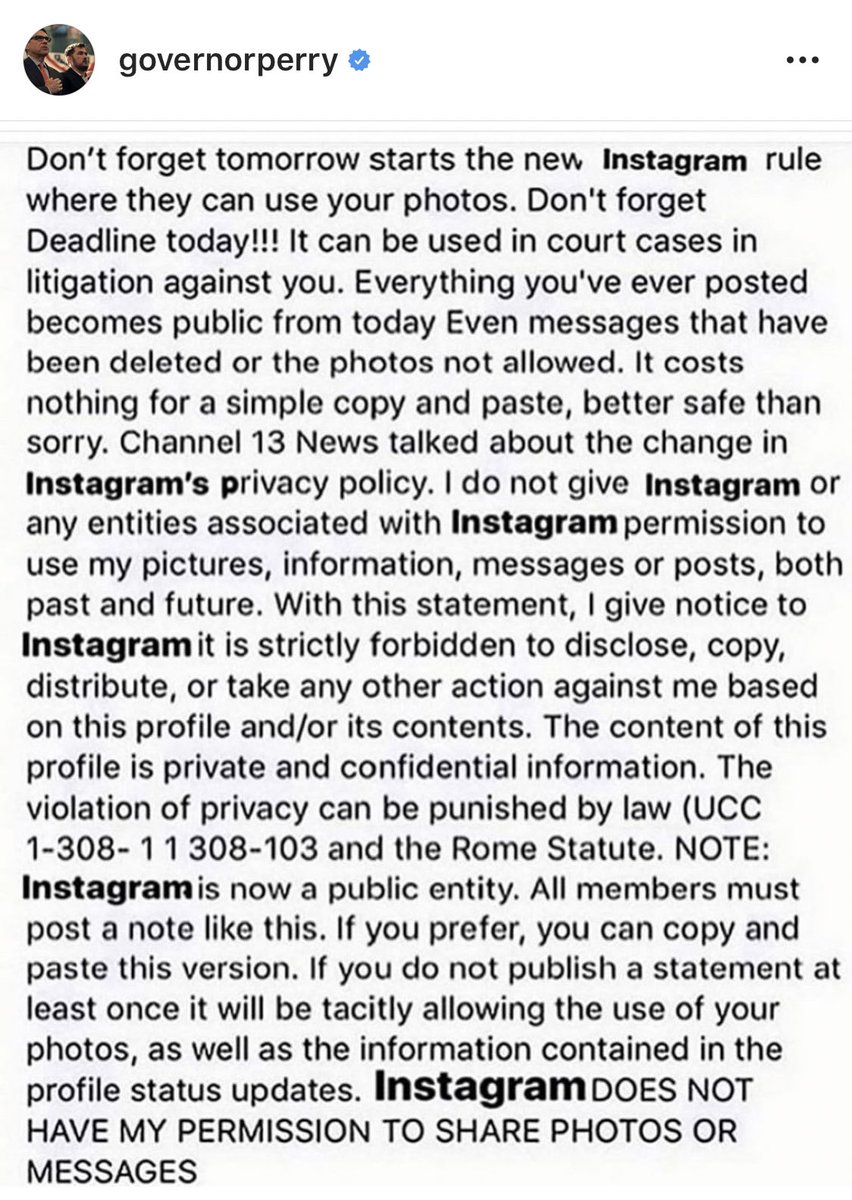 3,892 people are talking about this

Officials at Instagram have publicly stated that the message is fake, that it has not updated its rules and that it will not use the images in court.

The viral hoax can be traced to Facebook, which owns Instagram, as early as 2012, according to the fact-checking website Snopes. Similar messages were spread on social media, claiming erroneously that Facebook would be taking ownership of a user’s content unless they posted a disclaimer that they did not consent to the action.

The hoax might also have roots in a belief that citing code “431.322.12 of the Internet Privacy Act” would make website operators impervious to legal action against posts on their page, according to Snopes. That rumor has origins as far back at 2007.