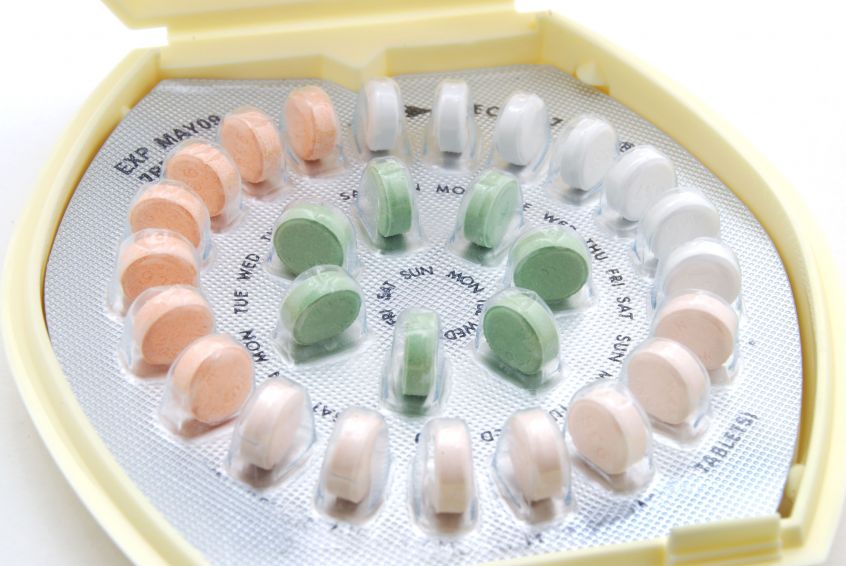 A SINGLE mom has revealed she was left paralyzed by a stroke at 22 weeks pregnant – after taking the Pill for five years.

A SINGLE mom has revealed she was left paralysed by a stroke at 22 weeks pregnant – after taking the Pill for five years. Stacey McDonald, 24, suffered from...
by Raquel Jayson January 24, 2020 248 Views

A SINGLE mom has revealed she was left paralysed by a stroke at 22 weeks pregnant – after taking the Pill for five years.

Stacey McDonald, 24, suffered from blinding headaches throughout her pregnancy but was told they were caused by hormones and advised to take paracetamol.

The Birmingham mum-to-be was at bingo in October 2018 when she started struggling to see her card because her vision was so blurry.

Hours later she collapsed and started vomiting. Stacey also had a sharp pain in her head and realised she couldn’t move as her left-hand side was paralysed.

Stacey, who works part-time in a sunbed shop, was rushed to Good Hope Hospital, Birmingham, where she was given an MRI scan and told she’d had a rare form of stroke, which can be fatal.

Doctors said the cerebral venuous sinus thrombosis stroke was due to a giant blood clot which grew quickly because of increased oestrogen levels during pregnancy, but was likely caused by the Pill.

The Sun’s doctor Carol Cooper warned CVST is very rare – only affecting five in a million people each year – and shouldn’t scare most off the Pill.

Speaking exclusively to Fabulous Digital, Stacey said: “I was scared the baby and I might die.

“The consultant told me the clot was very big and most people who have this kind of stroke die. I could feel my baby kicking as I had my MRI scan and I just hoped we’d both make it through.”

Stacey started suffering from headaches when she went on the contraceptive pill microgynon at the age of 18.

This same pill was linked to the death of 16-year-old Sophie Murray, from Accrington, Lancs, in November 2015.

Studies have shown oestrogen contraceptive pills triple the user’s risk of blood clots – although the overall risk is still small – from two in 10,000 to six in 10,000 cases.

How can the Pill trigger a stroke?

There are two types of stroke – ischaemic and haemorrhagic – both stop oxygenated blood reaching the brain.

An ischaemic stroke is caused by a blockage, like a clot, which stops the blood flow.

The condition causes blood clots in the veins, which then draw blood from the brain to the heart.

The oestrogen pill can cause the blood to clot more easily.

One study, published in the BMJ, said “the oral contraceptive pill appears to be an important additional risk factor” in CVST strokes.

Your blood also clots during pregnancy – as a safeguard against losing too much blood during labour – increasing the risk of deep vein thrombosis.

Because of the risk of blood clots, women are advised against taking the Pill if they get migraines with aura (vision changes), have high blood pressure or if there is a family history of cardiovascular disease.

If you experience migraines while on the Pill, you should speak to your GP about alternative forms of contraception.

As well as her headaches, Stacey experienced blackouts at the supermarket and on the bus.

She said: “After it happened three times, I went back to my doctor but he said it was hormones and not to worry.

“It happened regularly after that, I began recognising the signs. My vision would go blurry, then I’d feel clammy and hot and get a stabbing pain in my head.

“It was always in the same place – the top right of my head – and that’s where the blood clot was.

“It felt like a pulsating, stabbing pain – my vision would blur and then begin to go dark until it was tunnel vision and I couldn’t see. That’s when I’d black out.

“It happened around three times a year. One time, on the bus to work, I smashed my head on the floor and came round to find people leaning over me.

“I went to hospital but they couldn’t find anything wrong.”

After five years of headaches, Stacey decided to come off the Pill – but fell pregnant with son Jaxon shortly after, when her migraines returned.

She said: “I mentioned it to my doctor and midwife but everyone said it was to do with my hormones and not to worry.”

A delighted Stacey discovered she was expecting a boy at her 16-week scan, but just weeks later fell ill while at bingo with her mum.

Stacey said: “I told her I was struggling to see the numbers but put it down to the bright lights. She told me to pop on my glasses but it didn’t make any difference.”

Back home, Stacey went straight to bed – but woke in the early hours of the morning, feeling dreadful.

She said: “I couldn’t stop being sick and had the most awful pain in my head.

“I was helped back into bed by my parents and went to grab a glass of water and realised I couldn’t move.

“The room was spinning and I was paralysed down my entire left side.

“My face looked normal and I could talk, so when the paramedics arrived they weren’t convinced it was a stroke. They thought it could be the baby lying on a nerve.”

Stacey’s parents rushed her to hospital, where doctors explained she’d had a stroke caused by the blood clot down the left side of her body.

She said: “They said it was impossible for the blood clot to have become so large during the pregnancy.

“Oestrogen triples after 20 weeks pregnant. But they insisted the clot must have been there for years and had just grown because of the pregnancy.

“I couldn’t have a natural birth because they were scared pushing the baby out would cause the clot to bleed so I needed a planned caesarean at 38 weeks.”

A terrified Stacey was given daily blood-thinning injections and physio to learn to walk again.

By the time she gave birth to Jaxon in February, she was able to walk but still struggling to use her left arm and hand.

Being left-handed, Stacey says it made her terrified to look after her son, now 11 months, at first.

Luckily Jaxon was born healthy and unharmed by the ordeal.