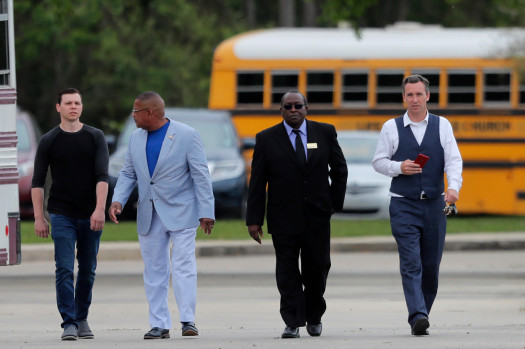 For the second time in two days, police have charged a pastor with defying public orders against large gatherings by holding church services with hundreds of members. On Tuesday...
by Zach Freeman March 31, 2020 224 Views

For the second time in two days, police have charged a pastor with defying public orders against large gatherings by holding church services with hundreds of members.

“Instead of showing the strength and resilience of our community during this difficult time, Mr. Spell has chosen to embarrass us for his own self-promotion,” said Central Police Chief Roger Corcoran Tuesday in a statement.

“Mr. Spell will have his day in court where he will be held responsible for his reckless and irresponsible decisions that endangered the health of his congregation and our community,” Corcoran added.

Spell, in a Facebook Live video after being served the summons at his church by two police officers, maintained his defiant stance.

“We have not broken any law. We will not break any law,” Spell said.

“We will continue to have church,” he continued. “This is a government overreach. They are asking us as a government to stop practicing our freedom of religion. And we have a mandate from God to assemble and to gather together and to keep doing what we’re doing.”

As of Tuesday afternoon Louisiana had recorded more than 5,200 cases of coronavirus and 239 deaths, by CNN’s count.

Since President Donald Trump declared the coronavirus pandemic a national emergency, most churches, mosques, synagogues and temples have temporarily shut down.

But there have been a few outliers.

On Monday, Florida sheriff’s deputies arrested another Pentecostal pastor, Rodney Howard-Browne, who has likewise continued to host large services at his megachurch in Tampa despite public orders urging residents to stay home.

Howard-Browne’s attorney says the church abided by social distancing guidelines and accused local lawmakers with infringing upon his religious liberty.

Spell said his Life Tabernacle Church in Central, Louisiana, drew about 1,000 people to its services on March 22, in part by busing people in from across five parishes. He also has been holding services at the church on Tuesdays.

Spell has told CNN he believes the pandemic is “politically motivated.”

He also told CNN several members of his congregation have been suspended from their jobs after their employers saw videos of them worshiping at Spell’s church and were concerned about the spread of the coronavirus.

Corcoran said numerous officials, including the sheriff, state police, fire marshal and an evangelical adviser to the White House have all tried to persuade Spell to close his doors over the past two weeks.

But “Spell made his intentions to continue to violate the law clear,” Corcoran said.

“This is not an issue over religious liberty, and it’s not about politics,” the police chief added. “We are facing a public health crisis and expect our community’s leaders to set a positive example and follow the law.”