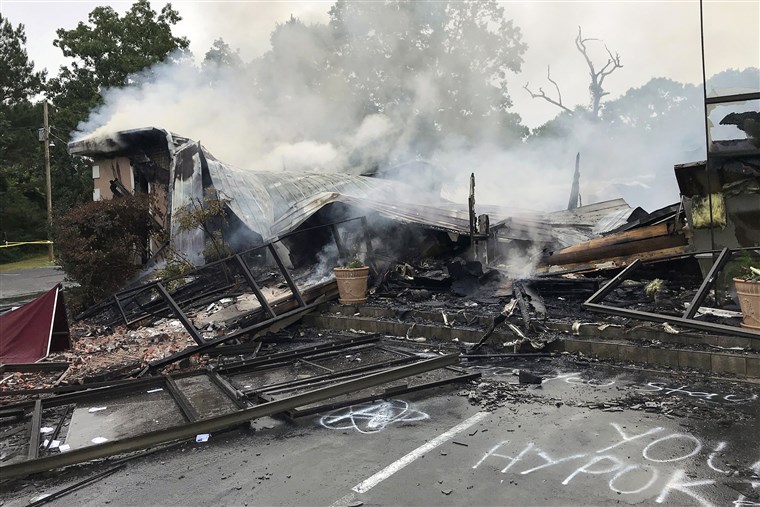 Mississippi Gov. Tate Reeves said he’s “heartbroken and furious” after a fire this week at a church that has challenged coronavirus restrictions. The fire is being investigated as arson. The fire...
by Zach Freeman May 23, 2020 102 Views

Mississippi Gov. Tate Reeves said he’s “heartbroken and furious” after a fire this week at a church that has challenged coronavirus restrictions. The fire is being investigated as arson.

I am heartbroken and furious. In Mississippi, a church was just burned to the ground. They had been trying to open services. There was graffiti on the lot which read “Bet you stay home now you hypocrites.”

What is this pandemic doing to us? We need prayer for this country. pic.twitter.com/TdGHqs9evv

The church was “burned to the ground” and had been trying to open services, Reeves tweeted Thursday.

First Pentecostal filed a lawsuit last month against the city over its public health order on in-person worship services, the station reported.

“This is not who we are,” the governor said at a daily news conference on the coronavirus epidemic and the state’s response.

“Obviously, we have to ensure that this investigation is done and that it is completed,” Reeves said. “But if this is in fact what it looks like, I want you to know that we’re going to do everything in our power to find whomever burned this church down.”

Stephen Crampton, attorney for the church, told WMC that he has no doubt that the fire was connected to the lawsuit.

“To find that that graffiti is spray painted in there — ‘I bet you stay home now, you hypocrites,’ right — seems very clearly directed at this particular lawsuit and the church’s stand for its own Constitutional rights,” he said.

The lawsuit deals with alleged police disruption of a Bible study and Easter service.

Holly Springs City Attorney Shirley Byers said the church was issued a violation on April 10 after about 40 people had gathered inside and were not social distancing. The city amended its local order in late April to allow drive-thru church services. The lawsuit says social distancing is practiced inside and that services are held indoor only when weather prohibits outdoor services.

Reeves has never outright prohibited worship services and has classified places like churches as “essential” in state stay-at-home orders.

But, he has encouraged churches to use alternatives like online and parking lot services.