A Pastors Son’s Death Has Been Ruled Suicide Not Lynching 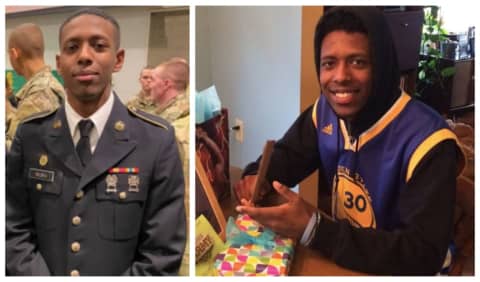 Morris County authorities have concluded their investigation into the June death of Amanual “Amani” Kildea, the adopted son of a Roxbury church pastor, and determined the young man killed himself.

In a statement released today, the Morris County Prosecutor’s Office laid out the evidence it recovered to determine the 20-year-old’s Black man’s death was a suicide. That evidence included the discovery that Kildea conducted Internet searches about the subject.

Kildea, of Long Valley, was found hanging from a tree in Louis Morris Park on June 28. Shortly afterward, some activists asserted that Kildea was murdered and a petition calling for “Justice for Amani Kildea” received thousands of signatures or the slogan “Black Lives Matter.”

But the prosecutor’s office said it found nothing to support that allegation. In fact, all evidence pointed to suicide, said the authorities.

They said police received a call at about 2:47 p.m. on June 28. “The caller indicated that the body of a young Black male was observed hanging from a tree just off a hiking trail in Lewis Morris Park in Morristown,” said the prosecutor’s office.

It said first responders found Kildea, the adopted son of Redeemer Lutheran Church Pastor Tom Kildea, “in a near seated position at the base of a tree, with a rope wrapped around his neck.”

The rope “was connected to the tree approximately six-and-one-half feet from the ground, and Mr. Kildea’s body was partially suspended several inches off the ground. There were no indications of a struggle observed at the scene,” the prosecutor’s office said.

Investigators found Kildea’s wallet and cell phone in his pocket. They said other personal items, including a laptop and backpack, “were neatly placed near Mr. Kildea’s body,” and added that Kildea’s car was found in a Lewis Morris Park parking lot.

“Further investigation confirmed that Mr. Kildea had purchased the rope used in this incident from a Morris County home improvement center earlier on June 28, 2020,” the statement said. “Mr. Kildea was alone at the time of purchase.”

Also supporting the conclusion of suicide was the discovery that Kildea “had conducted multiple internet searches related to suicide” on the day he died.

In Kildea’s obituary, Kildea’s family suggested the young man was experiencing emotional problems. They said the pastor and his wife were “so proud of the young man he was becoming, even as that process of his becoming was so difficult for him.”

The obituary also said that, while the family loved Kildea, “life with Amani was often challenging at home.” Kidea was born in Ethiopia and was adopted by Tom and Janice Kildea in 2005, according to the obituary.

In its statement today, the prosecutor’s office said detectives found no evidence of criminality or of “a connection between Kildea’s suicide and any other person or group.”

It noted that a post-mortem examination by the Morris County medical examiner, which determined the death to be suicide, “did not identify any trauma to Mr. Kildea’s body that was inconsistent with the manner of death.”

Acknowledging that it “does not ordinarily issue public statements containing specific details regarding suicide investigations,” the prosecutor’s office said it did so this time because “there has been a great deal of inquiry related to this investigation.”