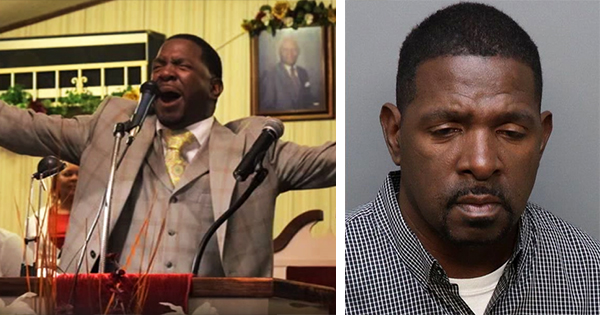 Pastor Frederick Smith has been indicted on felony theft and identity theft charges after reportedly using the personal information of an elderly church member to make purchases worth thousands...
by Zach Freeman October 15, 2020 183 Views

Pastor Frederick Smith has been indicted on felony theft and identity theft charges after reportedly using the personal information of an elderly church member to make purchases worth thousands of dollars using the credit cards he opened under her name.

Smith, as pastor of New Life Holiness Church in Memphis, has been indicted by a grand jury on two counts of theft of property over $10,000 and one count of identity theft. He was released on a $15,000 bond.

It apparently began in May 2015 when Smith went to the church member’s home to ask her to join the church’s Mother Board. He was able to get her social security number, driver’s license, and utility bill, telling her those were requirements to become a member of the board.

The victim said she then began receiving credit card statements in her name with purchases from $10,000 to $60,000 even though she had not applied for a credit card, let alone made any purchases..

When she confronted Smith about it, he admitted to using her information to apply for the credit cards. He allegedly promised to pay the bills but never did.

Meanwhile, Smith’s wife, Jerri, who came to the victim’s home to beg her not to sue Smith, was initially charged in the case as well. The charge against her was not pursued due to insufficient evidence.