A lawsuit has been filed against a retired top bishop!

The West Virginia attorney general filed a lawsuit on Tuesday against a retired top bishop and the state’s only Roman Catholic diocese, saying that they “knowingly employed pedophiles,” the... 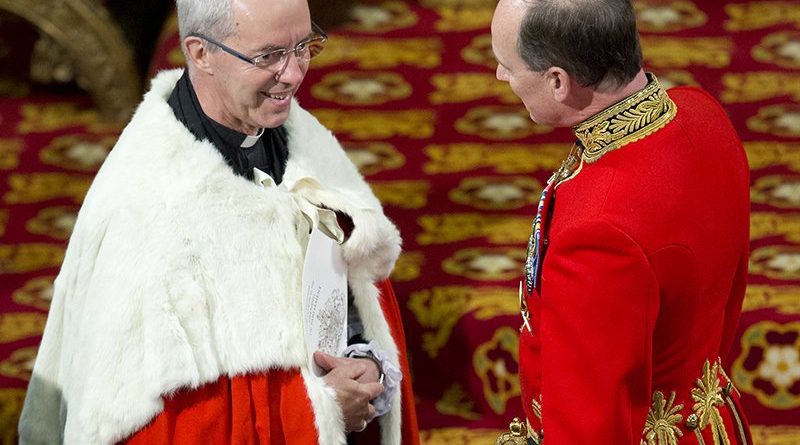 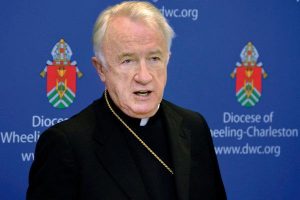 The West Virginia attorney general filed a lawsuit on Tuesday against a retired top bishop and the state’s only Roman Catholic diocese, saying that they “knowingly employed pedophiles,” the latest in a string of attempts by law enforcement to hold officials accountable for sexual abuse in the church.

The civil suit is notable for its unusual approach: It accuses church leaders of violating a consumer protection law, a statute that is more commonly applied to companies, not religious institutions.

Despite widespread public outcry over sexual abuse allegations that continue to dog the Catholic Church, prosecutors often face challenges pursuing criminal cases. In the state of West Virginia, the attorney general has the authority to bring only civil cases, not criminal ones. Law enforcement officials in other states have been stymied by statues of limitation, which have often restricted their ability to prosecute allegations of sexual abuse that happened decades ago.

Legal experts say that West Virginia’s lawsuit is a sign that attorneys general are increasingly trying to find novel ways to address the abuse problem in their states.

“What we are going to see is perhaps a broader array of legal avenues to hold the dioceses responsible,” Mary G. Leary, a law professor at the Catholic University of America, said of the West Virginia case.

The West Virginia approach alleges that the diocese and bishop “knowingly employed pedophiles” at Catholic schools and camps but did not disclose to parents the “danger” of sending their children to these programs, which advertised safe environments. The suit also says that church officials did not conduct adequate background checks for employees of Catholic schools and camps. 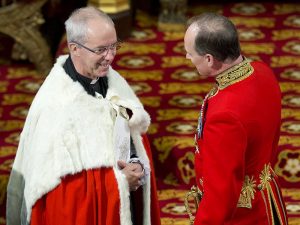 “We believe that every parent who paid tuition for a service that falls under consumer protection laws deserves to know the schools their children are attending are safe,” the West Virginia attorney general Patrick Morrisey said in a phone interview. “The church itself advertised that these children would be in a safe environment.”

Though the West Virginia lawsuit is in its early stages, the strategy presents a potentially new legal option for law enforcement to seek redress in such cases.

In the past, church leaders have been sued in civil court with claims of negligence, which some lawyers have seen as a more straightforward strategy. But the consumer protection angle is “groundbreaking,” and similar to inventive legal approaches in opioid or environmental cases, said Jayne Conroy, a trial lawyer at Simmons Hanly Conroy who has worked on a number of high-profile sex-abuse cases against Catholic institutions.

“I think you are going to see many other attorneys general do the same,” Ms. Conroy said.

Mr. Morrisey’s office began its investigation into the church in September, after the explosive Pennsylvania report last summer alleging that bishops and other church leaders covered up widespread child sexual abuse over several decades. The lawsuit filed on Tuesday says that, in at least five instances over several decades, the diocese put credibly accused priests back into ministry with children or did not conduct proper background checks on school employees.

In one case, Father Patrick Condron, who was employed at a diocesan school in the 1980s and who later admitted to sexual misconduct against a student, was returned to ministry at an elementary school from 1998 to 2001, without parents of children at the school being informed of his history.

Mr. Morrisey said that he was seeking a permanent court order to block the Catholic Church from continuing such conduct, and that one goal of the lawsuit was to “dramatically increase transparency” within the church.

He did not rule out the possibility of additional criminal action by the state; he said any evidence of criminal wrongdoing would be passed on to appropriate law enforcement officials.

The diocese of Wheeling-Charleston “strongly and unconditionally rejects” the lawsuit’s allegation that it is not “wholly committed” to protecting children, a diocesan spokesman said in a statement on Tuesday, adding that some of the allegations in the complaint “are not accurately described.” The findings of the church-led investigation into Bishop Michael J. Bransfield, who led the diocese from 2005 to 2018, have not yet been made public.

Mark E. Chopko, whose firm Stradley Ronon Stevens & Young represents the diocese in West Virginia, pointed out in an email that the lawsuit is administrative, not criminal, and that the state is seeking “unspecified” fines or civil penalties, rather than building a case to arrest the bishop.

Religious institutions are not usually subject to rules governing consumer protection, in part because they might be protected by freedom of religion, said Nicholas P. Cafardi, a prominent canon lawyer in Pennsylvania

The U.S.-Mexico border is a daily headline. A political football. And also home to millions of people. Every week for the next few months, we’ll bring you their stories, far from the tug-of-war of Washington politics.

“I wonder if there aren’t some First Amendment issues there,” Mr. Cafardi said. “If the attorney general could convince the courts that this was more than a religious activity, he may have a case.”

There is also some ambiguity around whether a priest is definitively an employee of the church. Cardinal Edward M. Egan of New York, who was accused of moving around pedophile priests, once argued that the diocese was not liable for their behavior because they were independent contractors. “Every priest is self-employed,” he testifiedin 1997.

Mr. Morrisey said his case does not conflict with the First Amendment. “We are not seeking to engage in doctrinal questions of the church,” he said. “No one is immune from the law, and the church is not immune from consumer protection laws.”

At least 15 other state attorneys general have started investigations into the Catholic church since last summer. Mr. Morrisey said he had been in touch with some of them, but declined to say whether other states were considering a similar legal strategy. Attorney General Josh Shapiro of Pennsylvania has discussed the consumer fraud angle with several attorneys general considering action against the church.

The lawsuit filed on Tuesday says that at least one of the priests named in the Pennsylvania report was also employed for a time in the West Virginia diocese. 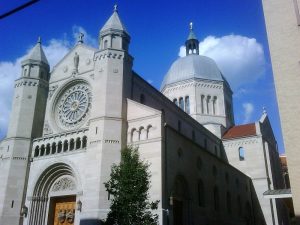 Pope Francis accepted Bishop Bransfield’s resignation in September amid allegations that the bishop had sexually harassed adults. American church officials were instructed by the pope to investigate the allegations.

Earlier this month, Archbishop William E. Lori of Baltimore, who has been overseeing the church in West Virginia since Bishop Bransfield’s resignation, announced that the preliminary investigation had been completed. He said that Bishop Bransfield would be restricted from ministry in West Virginia and the archdiocese of Baltimore, pending a final judgment by the Vatican.