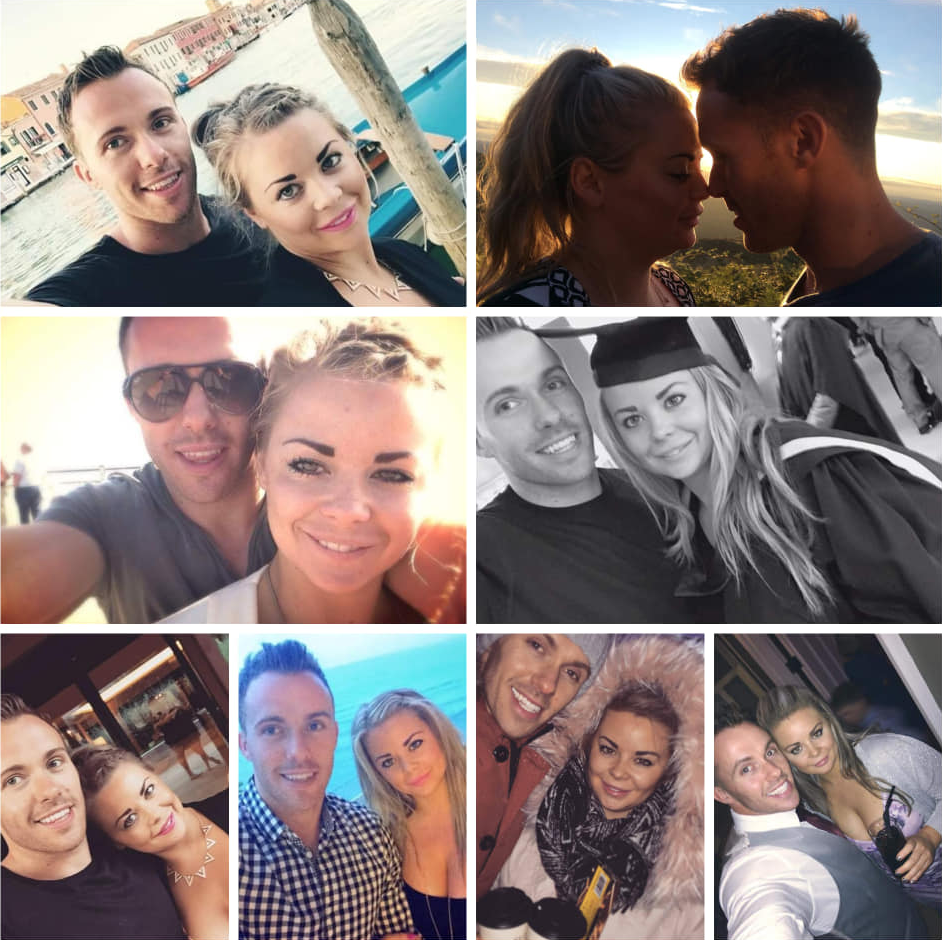 A HEARTBROKEN boyfriend paid an emotional Valentine’s tribute to his girlfriend after she died during a butt lift op in Turkey. Tragic Melissa Kerr, 31, travelled from Norfolk to...
by Raquel Jayson February 15, 2020 88 Views

A HEARTBROKEN boyfriend paid an emotional Valentine’s tribute to his girlfriend after she died during a butt lift op in Turkey.

Tragic Melissa Kerr, 31, travelled from Norfolk to Istanbul to undergo the procedure on November 19 at Medicana Haznedar Hospital.

But the mental health counsellor died during the dangerous op, which reshapes the buttocks by transferring fat from areas including the stomach and back.

Melissa’s devastated partner Skye Birch left an emotional Valentine’s Day message on her Facebook page yesterday along with a series of touching pictures of the couple.

He also shared a photo of the sparkling engagement ring she had picked out, which he said he will “place with” Melissa so it will “always be by your side”.

I will continue to love you with all my heart until my last breath.

Skye wrote: “So it’s valentines, a day of hearts and flowers, a day of showing how much you love and care for some one in your life.

“But for us it’s another occasion we have to spend without you Melissa Kerr.

“All I want is To be Us again…to put your engagement ring on your finger, for you to plan your wedding with you mum and sister.

“I will continue to love you with all my heart until my last breath.”

Words cannot describe the pain and heartbreak we are going through, life without her will never be the same again.

The devastated personal trainer continued: “I will place the ring you chose with you today so you will always have it by your side.

“I will continue to love you with all my heart until my last breath.”

A cause of death was given as a pulmonary thromboembolism and fat embolism caused by a cosmetic surgical procedure, an inquest was told.

Melissa worked as a psychological wellbeing practitioner at mental health charity Mind, according to a JustGiving page.

Her heartbroken twin sister Natasha paid tribute to the animal lover, who was “passionate about changing the world one step at a time”.

She said: “Words cannot describe the pain and heartbreak we are going through, life without her will never be the same again.

“We miss her deeply and nothing will fill the emptiness we are left with.

“A pure and beautiful soul inside and out.”

THE ‘DEADLIEST COSMETIC PROCEDURE’ IN THE WORLD

BRAZILIAN bum lifts are the “deadliest cosmetic procedure”, a top surgeon has warned.

The controversial op involves taking fat from other areas of the body and injecting it into the glutes and bum to make them bigger.

But, if it’s not done correctly, it can cause serious problems, Professor for aesthetic surgery Jim Frame from Anglia Ruskin University warned.

“To be successful, a fat graft needs nutrition and so has to be injected into tissue that has a blood supply,” Prof Frame said.

“Fat has more chance of staying in place if it is inserted into muscle – but this is where the risk lies.

“Injecting fat into the buttocks can easily lead to serious problems if done incorrectly. These include a fat embolism, when fat enters the bloodstream and blocks a blood vessel.

“In the lungs, for example, it blocks oxygen from entering the bloodstream, while in the brain it can cause a stroke – both can be fatal.”

Cheap overseas clinics are contributing to a rise in deaths from having the procedure, Prof Frame, a senior consultant surgeon at Springfield Hospital, Chelmsford, said.

Last year a survey of 692 surgeons from across the world found 32 patients had died from a condition called a fat embolism – where the injected fat travels to other parts of the body that it shouldn’t.

“”Most of these deaths appear to have been caused by inappropriately qualified practitioners working in non-approved facilities, including homes and garages,” he added.

“Other post-surgery problems, such as gangrene and sepsis, can also be fatal.”

The controversial Brazilian butt lift, made famous by US reality TV star Kim Kardashian, involves taking fat from the waist or stomach and inserting it in the buttocks.

It takes between one and two hours and involves a tiny cannula being inserted into a 2mm hole to extract fat.

The fat is then purified and re-injected into the buttocks.

Last November, an inquest heard how beautician Leah Cambridge, 29, died from a pulmonary embolism shortly after forking out $6,500 for a bum lift.

The mom-of-three, from Leeds, West Yorks, collapsed shortly after the op at a Turkish clinic loved by Towie stars, including Lauren Goodger.

Her partner Scott Franks had travelled to Izmir after she died to meet medics, who said of the operation: “It’s a guessing game, you can’t see where you are going into.”

Wakefield senior Coroner Kevin McLoughlin called for a UK ban on the procedure.

They Wanted To Walk Through The Pearly Gates Together. This Husband And Wife Romeo And Juliet Suicide