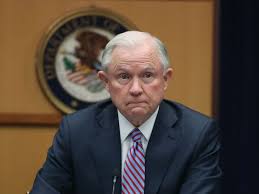 In a sermon delivered by Attorney General Jeff Sessions’ church pastor, Rev. Tracy Wines touched on the Trump administration’s “zero-tolerance” immigration policy that resulted in the separation of more than 2,000 children...
by Katricia Brown June 26, 2018 800 Views

In a sermon delivered by Attorney General Jeff Sessions’ church pastor, Rev. Tracy Wines touched on the Trump administration’s “zero-tolerance” immigration policy that resulted in the separation of more than 2,000 children from their families at the U.S.- Mexico border. 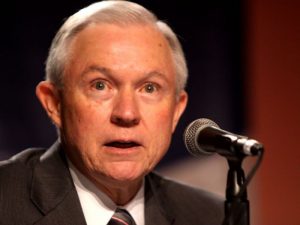 “…My heart and spirit have been broken by the images and stories that have been seen and heard in recent weeks,” Wines told the Clarendon United Methodist Church congregation on Sunday adding that she has no solution to solve the nation’s immigration issue.

“I don’t have easy answers for our government to offer the government as a solution to many problems that are involved in an immigrant system that I think everyone seems to agree is broken,” Rev. Wines said during the sermon to the Clarendon, Virginia-based congregation. “I haven’t yet heard anyone who does have simple answers.”

The video of the sermon was first aired by Politico.

Wines did not respond to ABC News request for comment.

Her sermon comes on the heels of a formal complaint letter accusing Sessions of “child abuse” and “racial discrimination” filed by the United Methodist Church last week.

The complaint, which was addressed to the ministers of churches where Sessions is active says he is “accountable” to the Methodist church and calls for a “reconciling” process to “help” the attorney general.

“As United Methodist clergy and lay members of the same global denomination that Sessions has participated deeply in throughout his life, we found that we as the writers of this complaint, could not be silent, if so then we would be complicit in his shameful use of scripture to justify his racist and abusive public policy,” Rev. Monica Corsaro of Knox College told ABC News in a statement.

Corsaro says the worst possible outcome of the letter will be the repeal of his “full membership” at his local church but she says the goal of the letter is to be heard by Sessions.

“And for we not to be silent, who will speak for the children?” Corsaro said. “Many of us involved in this movement are very clear: we hope that this complaint begins a process in which Mr. Sessions’ pastors and bishops both at home in Alabama and at his church in northern Virginia work with him to engage him with these complaints, explore our shared theology and practice with him, and work together, with him and through the Spirit of God […].”

DJ Khaled made a huge surprise at awards show!