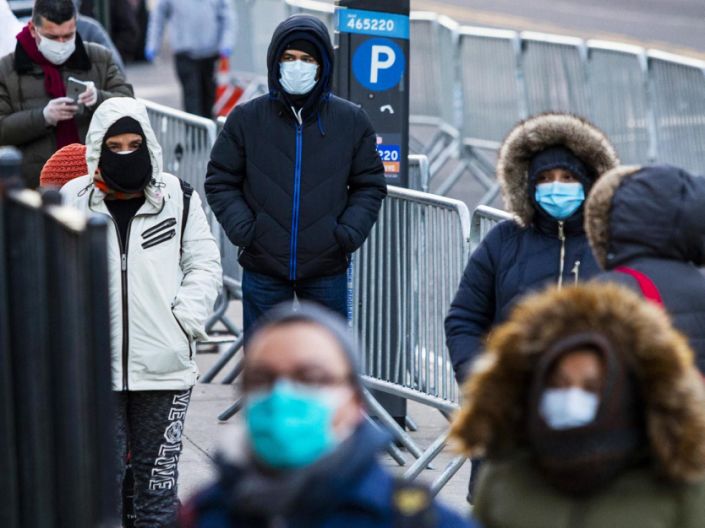 A 91-year-old greeter at an Arkansas church where 34 congregants were infected by coronavirus has died. William “Bill” Barton died at 8am on Tuesday, making him the second Covid-19-related...
by Zach Freeman March 26, 2020 144 Views

A 91-year-old greeter at an Arkansas church where 34 congregants were infected by coronavirus has died.

William “Bill” Barton died at 8am on Tuesday, making him the second Covid-19-related death in Arkansas.

According to the Arkansas Democrat Gazette, Mr Barton was a greeter at Greers Ferry First Assembly church, where 34 members have tested positive for coronavirus.

Mr Barton’s death comes days after the church’s pastor, Mark Palenske, issued a stark warning, advising people to take the threat of the virus seriously. Both he and his wife were infected.

“We were definitely sick, but the testing was not available. Not for us and not for dozens of us in the church,” he wrote. “We pushed the envelope a little with some local medical help in the hope that our concerns could be set aside. One local doctor had a very small number of commercial tests and the rest is history, I suppose.”

He said he and his wife, Dena, experienced headaches, body aches, lethargy, chills, sweating and nausea. He described his wife having a “very scary” morning where she experienced something akin to a seizure and had to be hospitalised.

Since then, the couple has recovered somewhat and are resting back at their home.

In the post, he praises medical workers and takes aim at acts of “stubborn independence” that can have “far reaching effects on someone else’s life.”

“Respect and compassion for the people around us must dominate our self-discipline,” he wrote.

Mr Palenske believes he and many members of his congregation were exposed to the virus during a children’s ministry event at the church in the early days of its appearance in the US. He said that though the church had taken precautions and cancelled many events, the children’s event occurred before the severity of the virus was apparent.

While Mr Palenske and most other faith leaders are urging their membership to follow health guidelines, there are some who have refused to cancel their services despite the risk of mass infection.

A Louisiana pastor, Tony Spell, has defied orders from the state to suspend his church services, arguing that his church is “essential” and that by having his services outdoors and asking parishioners to observe social distancing guidelines enough precaution has been taken.

However, photos from Mr Spell’s church services show people crowded under tents well within six feet of each other.

Though Mr Spell has garnered the most media attention for unapologetically holding services – other Christians have condemned him and a petition to have him arrested has been circulating – he’s not the only pastor who has defied orders.

Mr Walters said he felt “led to” hold the service but apologised nonetheless.

“Please believe me when I say that it was not out of arrogance or defiance, but solely for the purpose of praying for our churches, communities, and nation,” he said. “We certainly want to be a blessing to our community and have certainly tried to be in years gone by. My heart was so heavy to experience the amount of hateful comments we received, but I guess I can understand.”

Other pastors have been less repentant.

Greg Locke of Global Vision Bible Church in Tennessee insists his church will stay open during the coronavirus lockdowns. According to the Christian Post, Mr Locke claims Facebook deleted one of his church announcements because it violated the site’s policy on Covid-19 information.

“I’m beyond fired up at this point!!! Y’all need to WAKE UP. Facebook removed my service announcement post and said to keep the church open was promoting a crime. WE ARE NOT CLOSING!!!” he wrote on Twitter.

Mr Locke’s Twitter profile claims he is an “outspoken pastor” and that he “refuses to bow to the politically correct idol of our culture.”

He has recently promoted the Twitter hashtag #DemocratsHateAmerica and called an attempt by Senate Democrats to include funding for Planned Parenthood in a coronavirus stimulus bill “crack-smoking demonism.”

In an interview with The Tennessean, Mr Locke claimed his church was “an essential service.”

“It’s important for us to remain open. It’s not because we’re trying to prove a point,” he said.

Mr Locke said the church conducted extra cleaning before their most recent service and provided hand sanitising stations and face masks for congregants.

The church also offers their services via livestream.