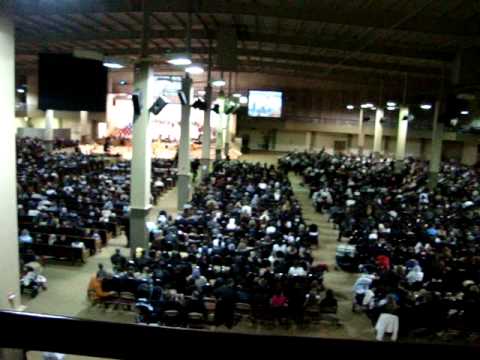 One church in Sacramento County is now the epicenter of a major outbreak of coronavirus, and frustrated county officials say church leaders are refusing to listen to their demands...
by Zach Freeman April 3, 2020 314 Views

One church in Sacramento County is now the epicenter of a major outbreak of coronavirus, and frustrated county officials say church leaders are refusing to listen to their demands to stop fellowship meetings.

Seventy-one members of the Bethany Slavic Missionary Church near Rancho Cordova or people associated with congregation members have been afflicted with the virus, county officials say, making this one of the larger outbreak clusters in the country. One parishioner has died, officials said, and the pastor is sick.

Sacramento health officials say they have made several attempts via phone and in person this week to talk to church leaders, but have been rebuffed. The cases involve residents of Yolo and Placer counties as well.

“They’ve basically told us to leave them alone,” Sacramento County health chief Dr. Peter Beilenson said on Thursday morning. “This is extremely irresponsible and dangerous for the community.”- ADVERTISEMENT –

Beilenson said the church has stopped its weekly main services, but church members have continued to meet in groups in people’s homes for fellowship meetings. Church officials have told a county nurse that those meetings are important in their community.

Beilenson and county officials say they are granting The Sacramento Bee’s request to reveal the name of the church to help warn other community members who associate with church congregants, in hopes that those people will stay away. Officials said they hope that public disclosure will put pressure on church members to stop their gatherings.

“This is a very serious public health matter,” Beilenson said.

Several church members, however, told The Bee they are in fact taking the virus matter seriously.

Church administrator Viktor Lyulkin said Thursday that all services had stopped more than two weeks ago, and that he was not aware of any small gatherings among church members in homes.

“They contacted the office and we told them we have no services here,” he said. “It’s many, many calls.

“We’re looking to not spread the coronavirus.”

Church member Daniel Nechitaylo said the congregation initially began limiting meetings to small groups of 10 or fewer, but as far as he knows, those meetings stopped as well as people became aware of the seriousness of the virus. “We took it really seriously,” he said.

Photographs on the church website show a worship hall packed with hundreds of people. Services are available in English and Russian.

Nikolay Bugriyev, head of the Slavic International Pastors Association in Sacramento, which has 103 Slavic churches, said Bethany Slavic and all other churches stopped in-person services two weeks ago.

He and another Slavic community leader told The Bee that Bethany Slavic’s bishop, the Rev. Adam Bondaruk, has been hospitalized with coronavirus, as have other church officials.

But he said all the churches had obeyed orders to halt services.

”They stopped two weeks ago,” he said. “Two weeks ago when the order came, we stopped everywhere.”

Florin Ciuriuc, a Slavic community leader, said the church is the largest Slavic congregation in the United States, with 3,500 members and a total attendance at various services of up to 10,000 when children and friends are counted.

“They have people traveling from all kinds of states, they have visitors from everywhere,” he said.

He added that large churches all stopped having services, but that he has been hearing that some smaller operations may have quietly continued in small offices or homes.

Ciuriuc said he was so concerned he obtained a video of county officials, including Sacramento County District Attorney Anne Marie Schubert, ordering residents to shelter in place so he could impress upon some in his community the gravity of the situation.

”Some other pastors from (Bethany Slavic) are in the hospital, this is not a joke,” he said. “This is the most important time in my lifetime as a community leader.

“I feel that I need to be able to stop this religious fanaticism. God can hear me praying where I am right now. I don’t need to go to a place that’s prohibited.”

Ruslan Gurzhiy in a Thursday interview with The Bee said he spent seven years as a volunteer at Bethany Slavic. He said members of the Sacramento Slavic community are “really religious.”

“The only place to gather, for them, is the church,” he said.

“There are 3,000 people drinking from a couple of chalices. They drink from one chalice — all hundreds of people.”