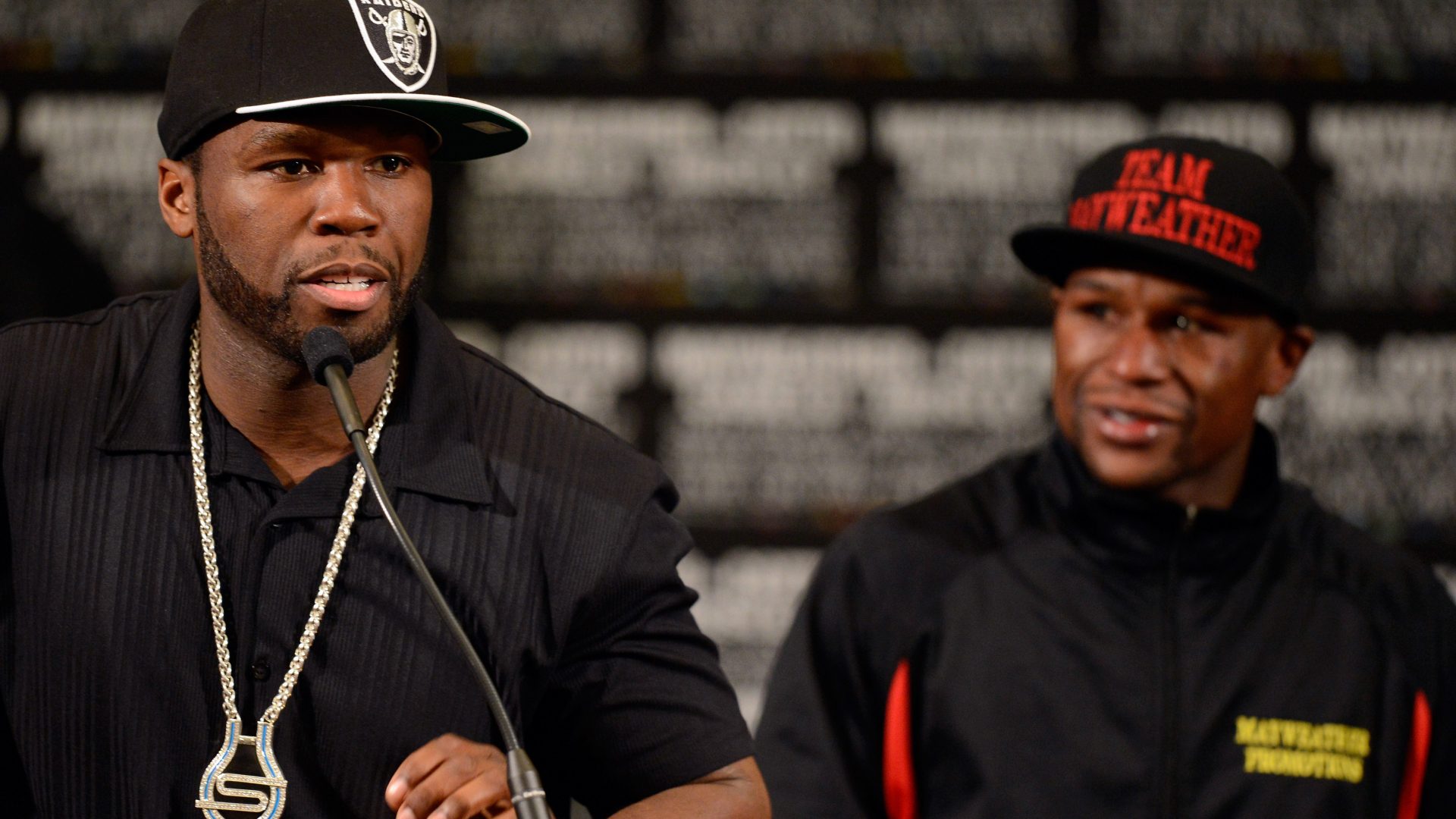 FLOYD MAYWEATHER needs a boxing return because his “money’s gone”, according to ex-pal 50 Cent. Mayweather officially walked away from the ring in 2017 after beating UFC star Conor McGregor in...
by Raquel Jayson February 14, 2020 191 Views

FLOYD MAYWEATHER needs a boxing return because his “money’s gone”, according to ex-pal 50 Cent.

Mayweather officially walked away from the ring in 2017 after beating UFC star Conor McGregor in a lucrative crossover bout.

But the American great – nicknamed Money – returned just a year later in an exhibition bout against Japanese kickboxer Tenshin Nasukawa and earned £7million for the two-minute fight.

Mayweather – who topped the Forbes rich list of the decade with a £706MILLION fortune – announced in November that he is “coming out of retirement in 2020” to work with UFC boss Dana White.

But 50 Cent – a close friend turned rival to Mayweather – insists the world’s richest sportsman has somehow blown his cash and needs a comeback fight to recoup his wealth.

50 Cent – real name Curtis Jackson – told Hot 97: “I think he got to right now because the money’s gone.

“With the lifestyle that money’s gone. Trust me. Now it’s like if you call him he’ll be at your local nightclub because he needs that action right now.”

He has a car collection worth millions that includes FOUR Rolls Royces and two Bugattis – both worth in excess of £1m each.

Money also loves his bling and reportedly spend just under £1m on a diamond encrusted Hublot watch during a shopping trip in Dubai.

In his property portfolio is a £6.2m Miami Beach home on the waterfront, a £1.2m house in Sunny Isles Beach, Florida, a £2m condo at the Ritz-Carlton Residences in LA and a 20,000-square-foot “big boy mansion” in Las Vegas — with features that include a 12-person shower, Fendi light fixtures and a movie theatre.

Rap-royalty 50 Cent was once a valued member of Mayweather’s circle with the pair inseparable.

But their recent online feud traces back to 2012, when Mayweather was released from prison and Jackson claimed he was owed money by the boxer having taken care of the fighter’s promotional banner.

Despite the back and forths between the two, Mayweather – who is going on a bizarre meet-and-greet UK tour – said the beef was totally random and he never put a foot wrong with the American artist.