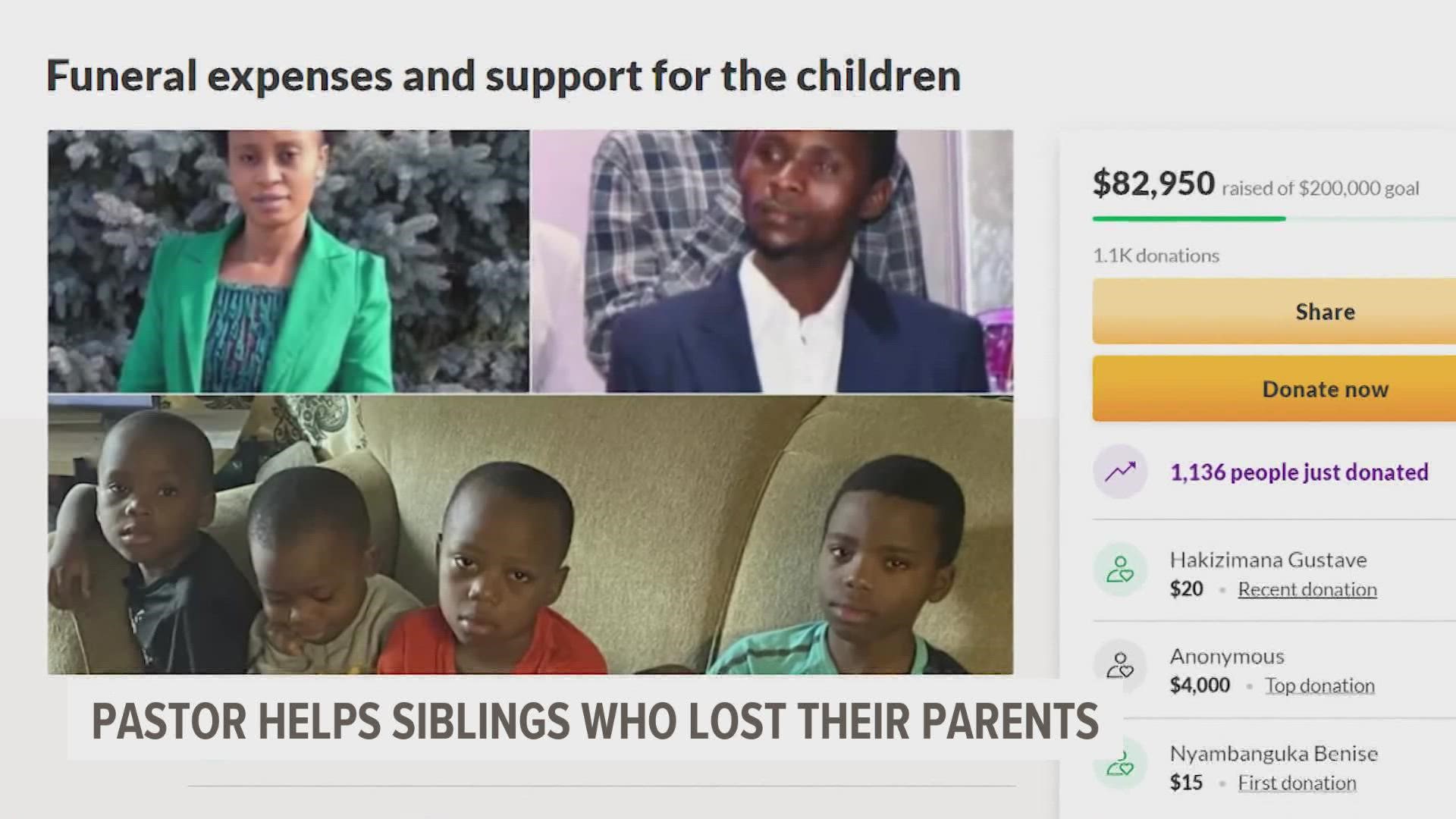 5 Kids Lost Their Mother During Child Birth In August And On New Year’s Eve Lost Their Father In A Fatal Car Crash: Pastor Asking For Help

Five siblings in Des Moines are now orphans after a car accident killed their father on New Year’s Eve, leaving their grandparents to figure out how to care for...
by Zach Freeman January 5, 2022

Five siblings in Des Moines are now orphans after a car accident killed their father on New Year’s Eve, leaving their grandparents to figure out how to care for them all on their own.

Bazirake Kayira, 30, died after crashing into a creek on Highway 330 in Marshall County. Kayira came to this country as a refugee from the Democratic Republic of Congo with his extended family and kids.

The kids are no strangers to heartbreak. Their mother died in August after giving birth to Gift Bazirake.

Following the death of both parents, the kids now live with their grandparents.

Kayira’s mother, Regina Nyanzira, who speaks Kinyarwanda and used Pastor Eugene Kiruhura as her translator said,  “So since Friday this [has] been [shocking] [and breaking the hearts]  in our family.”

Regina said she and her husband are older and sick, so taking care of the kids is going to be hard for them.

“My son who passed away, he’s the one who had been taking care of us,” Nyanzira said. “He’d been paying two apartments for us because I and my husband we don’t work we are not able to work. So the financial support [is something] we don’t have. [We don’t have] any resources we don’t have any income.”

Regina said the unknown source of income to support her grandchildren scares her. So to help, Pastor Eugene Kiruhura created a GoFundMe to help ease those fears.

Since it was started it’s received thousands of donations, which the pastor attributes to God.

“I say always, love wins,” Kiruhura said. “I believe that God’s people, we have good people in Iowa. Even other people from out of Iowa who have been supporting, we are very grateful.”

And though Regina said she doesn’t understand why this happened she said her family along with her support system, will make it through this difficult time using their faith.

“We’re just praying and asking the community pray for us,” Nyanzira said.