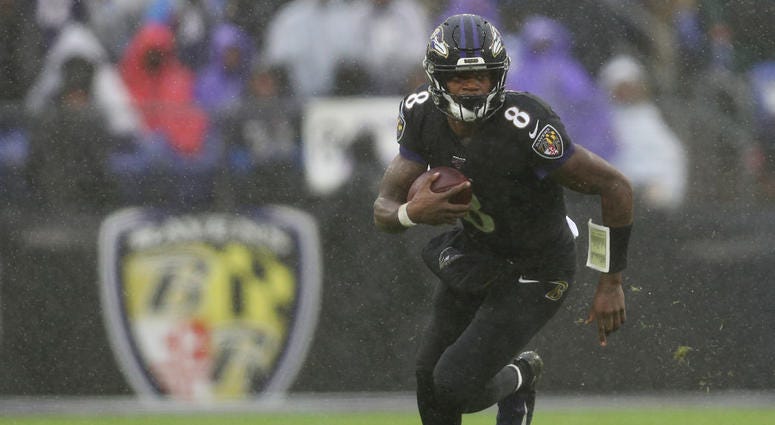 San Francisco 49ers broadcaster Tim Ryan has been suspended over comments he made Monday night about Baltimore Ravens quarterback Lamar Jackson.  Ryan quipped during his “Murph and Mac” morning show,  that...
by Zach Freeman December 5, 2019 236 Views

Ryan quipped during his “Murph and Mac” morning show,  that Jackson, who is black, is outstanding at faking handoffs due to his “dark skin color with a dark football.”

“He’s really good at that fake, Lamar Jackson, but when you consider his dark skin color with a dark football with a dark uniform, you could not see that thing,” Ryan said on air. “I mean you literally could not see when he was in and out of the mesh point and if you’re a half step slow on him in terms of your vision forget about it, he’s out of the gate.”

Team officials said, “We hold Tim to a high standard as a representative of our organization and he must be more thoughtful with his words. Tim has expressed remorse in a public statement and has also done so with us privately.” “We know Tim as a man of high integrity and are confident he will grow and learn from this experience.”

In a statement sent to the San Francisco Chronical, Ryan said: “I regret my choice of words in trying to describe the conditions of the game. Lamar Jackson is an MVP-caliber player and I respect him greatly. I want to sincerely apologize to him and anyone else I offended.”

JUSTIN TIMBERLAKE I’M SORRY, JESSICA FOR BOOZY ‘LAPSE’ WITH COSTAR … But ‘Nothing Happened’

As This Mountain Lion Was Killing Her Dog Last Night She Started Punching And Fighting Lion:Unfortunately Dog Didn’t Make it