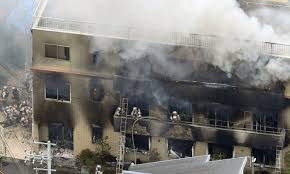 33 killed in fire at Japanese anime studio after man screaming ‘you die!’ set building on fire!

A man screaming “You die!” when he burst into an animation studio in Japan before allegedly igniting the building on Thursday was arrested as authorities said 33 people were killed in...
by Joy Smith July 18, 2019 295 Views

A man screaming “You die!” when he burst into an animation studio in Japan before allegedly igniting the building on Thursday was arrested as authorities said 33 people were killed in the blaze. 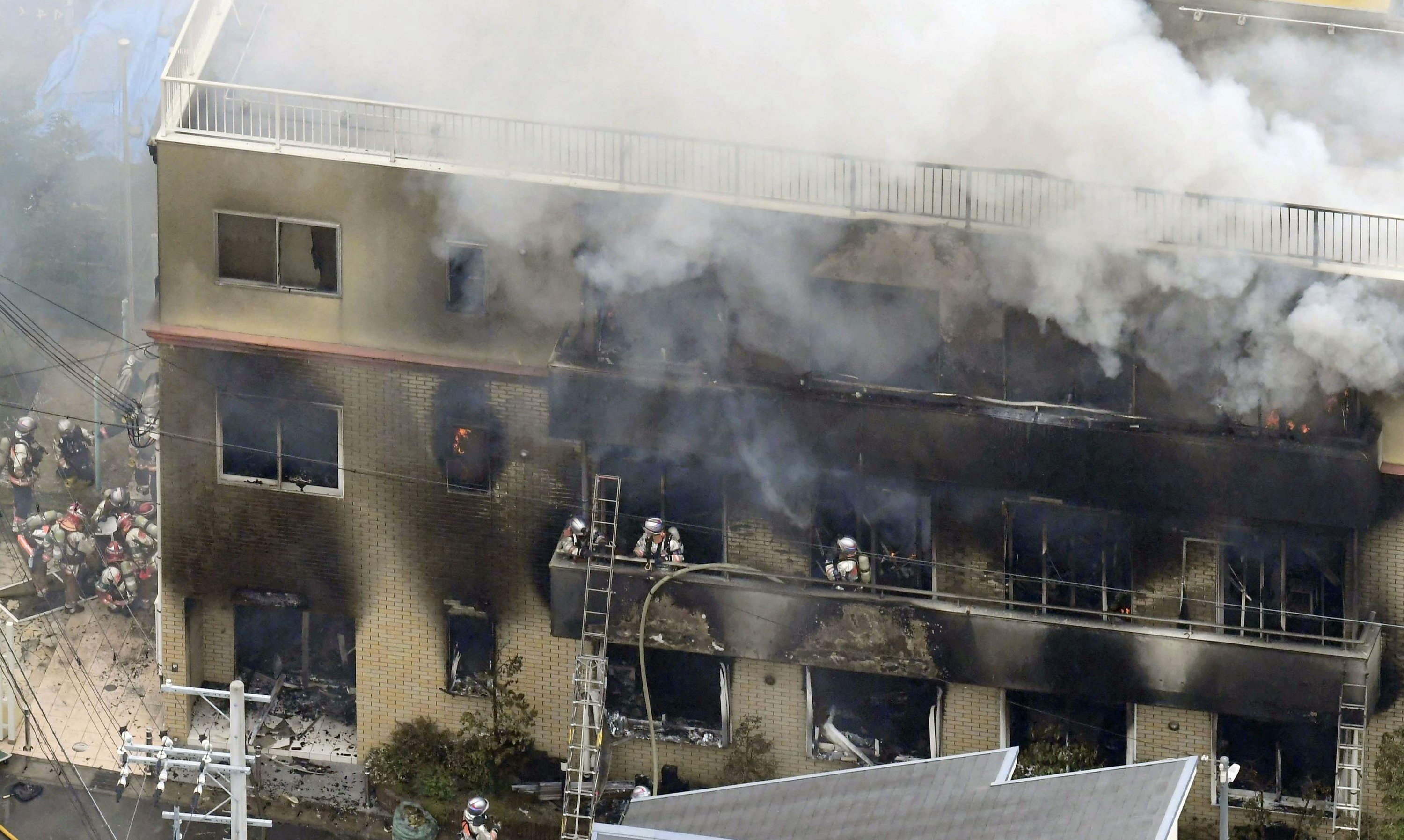 Most of the dead and the injured, at least 36 of them, were workers at Kyoto Animation. A fire official told reporters that everyone is accounted for and nobody else is believed to be missing from the blaze.

The fire started in the three-story building in Japan’s ancient capital after the suspect, 41, sprayed an unidentified liquid accelerant near the front door. Workers inside were forced to find other exits and possibly delaying their escape, Kyoto prefectural police and fire department officials said.

Smoke billows from a three-story building of Kyoto Animation in a fire in Kyoto, western Japan, Thursday, July 18, 2019. (Kyodo News via AP)

Kyoto fire department official Kazuhiro Hayashi said 36 others have been injured, 10 of them critically.

He said firefighters found the largest number of victims on the top floor of the three-story building, including some who had collapsed on the stairs leading to the roof. Two of the dead were found on the first floor, 11 on the second and 20 on the third floor.

Survivors who saw the suspect told Japanese networks he was not their colleague and that he was screaming “(You) will die!” when he dumped the liquid and started the fire. They said some of the survivors got splashed with the liquid.

A witness told local reporters that the suspect admitted to spreading gasoline and setting a fire with a lighter. She told NHK public television that the man had burns on his arms and legs and that he was angrily complaining that something of his had been “stolen,” possibly by the company.

The fire broke out in the three-story building in Japan’s ancient capital of Kyoto, after a suspect sprayed an unidentified liquid to accelerate the blaze, Kyoto prefectural police and fire department officials said. (Kyodo News via AP)

Kyoto Animation, better known as KyoAni, was founded in 1981 as an animation and comic book production studio, and its hits include “Lucky Star,” “K-On!” and “Haruhi Suzumiya.”

“Why on earth did such violence have to be used?” company president Hideki Hatta asked, as he condemned the attack. Hatta said his company has received anonymous death threats by emails in the past but responded “sincerely” each time, though he was not linking them to Thursday’s attack.

Fire department officials said more than 70 people were in the building at the time of the fire and many of them ran outside.