Purdue Pharma LP and members of the wealthy Sackler family that own the OxyContin maker have reached a $270 million settlement to resolve a lawsuit by the state of...
by Katricia Brown March 26, 2019 193 Views

Purdue Pharma LP and members of the wealthy Sackler family that own the OxyContin maker have reached a $270 million settlement to resolve a lawsuit by the state of Oklahoma accusing the company of helping fuel an opioid abuse epidemic, a person familiar with the matter said on Tuesday.

The settlement with Oklahoma Attorney General Mike Hunter is the first to result from a wave of recent lawsuits accusing Purdue of deceptively marketing painkillers. The deal came after Purdue lost a bid to delay a trial in the case, which had been set for May 28. 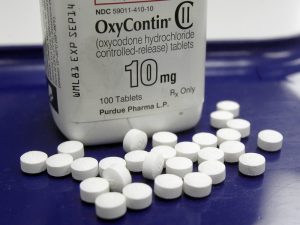 Hunter’s 2017 lawsuit accused Purdue, Johnson & Johnson and Teva Pharmaceutical Industries Ltd of deceptive marketing that played down the risks of addiction associated with opioid pain drugs while overstating their benefits.

The companies deny wrongdoing. The state had been seeking more than $20 billion in damages, according to court papers. The settlement covers only Purdue, leaving claims pending against J&J and Teva, the source said.

Hunter scheduled a news conference for Tuesday to announce a “breaking development” in the lawsuit. A spokesman for Hunter declined to comment while a lawyer for Purdue did not respond to a request for comment.

A trial judge earlier this month rejected the companies’ efforts to delay the trial. On Monday, the Oklahoma Supreme Court rejected their appeal of that decision.

Of roughly 2,000 lawsuits nationally, more than 1,600 are in federal court and the rest are in state courts. The 1,600 lawsuits were consolidated before a federal judge in Ohio, who has pushed for a settlement ahead of a trial in October.

Stamford, Connecticut-based Purdue has been exploring filing for Chapter 11 bankruptcy protection to address potential liabilities stemming from the lawsuits, people familiar with the matter have told Reuters.

Purdue’s settlement with Oklahoma relieves the immediate pressure on the drugmaker for a bankruptcy filing, said Alexandra Lahav, a professor at the University of Connecticut School of Law. She said the company likely was also in talks with others to settle.

“This may be the start of the dominoes falling for Purdue,” Lahav said.

Opioids, including prescription painkillers, heroin and fentanyl, were involved in a record 47,600 overdose deaths in 2017 in the United States, according to the U.S. Centers for Disease Control and Prevention.

The epidemic has prompted lawsuits by state and local governments accusing various drugmakers of contributing to the crisis, including Purdue, which introduced the painkiller OxyContin in 1996.

Purdue has held discussions to resolve the litigation with plaintiffs’ lawyers, who have often compared the cases to widespread lawsuits against the tobacco industry that resulted in a $246 billion settlement in 1998.

Paul Hanly, a lead lawyer for the plaintiffs in the federal opioid litigation, said they are “hopeful that the Oklahoma settlement is the beginning of a good-faith program on the part of Purdue to settle all of the nationwide litigation.” (Reporting by Nate Raymond in Boston; Additional reporting by Jessica DiNapoli in New York; Editing by Muralikumar Anantharaman, Jeffrey Benkoe and Bill Trott)